Minus Machine, Habari Media looks ahead

by Herman Manson (@marklives) Amidst the recent flurry of activity around the launch of its new sister company, Machine, Habari Media continues on its way as one of the top digital sales houses in the country. Various international media properties use Habari Media as their South African, and often African, digital sales partner, including Facebook, LinkedIn, the BBC and MTV, as does local media brands such as BDFM, JustMoney and Vodacom Live.

Founded by Adrian Hewlett, the company has carved out a strong positioning in the digital sales market, especially around the key Facebook 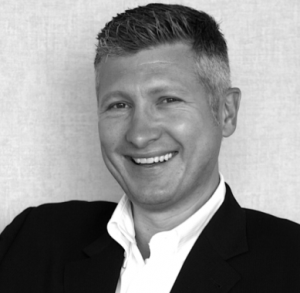 account. Hewlett recently stepped aside to make way for the appointment of Wayne Bischoff as the MD of Habari Media.

Bischoff, a sales veteran with more than 20 years’ experience in the market, is set to drive growth and expansion at the company. He will be focusing on unlocking broader media budgets for the digital space, drive Habari Media’s expansion onto the rest of the African continent and possibly even take the sales operation beyond digital and into other media like TV, radio and print.

Habari Media has traditionally been considered a Cape Town-based business, but the appointment of Bischoff, who will remain in Johannesburg, shifts the centre of gravity to the real media sales and marketing hub of the country.

Bischoff is also in the process of streamlining the business and creating a more focused sales approach with the internal launch of four focused verticals. Facebook gets a team all on its own, in recognition of the international social network’s drive to further
monetise its platform, a professional vertical, which sells on business properties like that owned by BDFM, the BBC News and LinkedIn.

A lifestyle team will sell on lifestyle brands like MTV Africa, AutoTrader and BBC Food. A mobile team has also been set in place. Expect an updated corporate image as well. Habari Media already has an office in Nairobi, which Bischoff is keen to expand, and have an affiliate office in Lagos. Ghana is another market Bischoff is key to expand into. A lot of the African sales are focused around mobile media properties, including those of MTV and the BBC, said Bischoff.

While the firms’ core competency remains digital, Bischoff aims to broaden the media base of Habari, as opportunities in other media arise, be it TV, radio or print.

Even if it doesn’t expand beyond digital in the short-term business is booming with digital media revenue at Habari nearly doubling over the last year. Facebook especially is taking off, as global brands negotiate bulk deals and rates to the benefit of local operations, which are now streaming to the social network and its 7 million South African users.

by Adrian Hewlett, MD, Machine There has been some recent confusion in the market regarding the breadth of service at Machine, particularly the agency’s approach to media. In order to ensure the on-going integrity of the relationships Habari Media has with its clients and to ensure no conflict of interest with those relationships arises,  Machine will not undertake any media bookings for clients or offer any form of media agency solution. In most cases clients who work with Machine will have existing media agency relationships in place and those will remain in place. However, in cases where there is a request for a media service offering, Machine will work with the client to identify a reputable third party agency to work with on that client’s business who will define the media strategy and buying process.

– Stay up to date with our weekly mailer. Subscribe here. It’s free! –