The rise of Machine

by Herman Manson (@marklives) So there is this online media sales house right, small fry really, just one guy selling space on a website at a time when internet advertising was fairly undeveloped in the South African market. It’s not really even a sales house, more like a sales guy with a bit of ambition.

He’s selling ad space on the MSN portal from his lounge, but it drives him crazy working from home so he begs a desk at another digital outfit 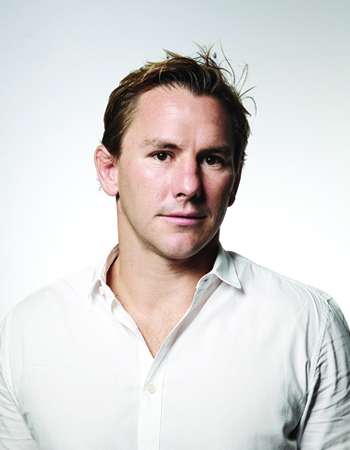 and sets forth to build one of South Africa’s biggest independent ad agencies. Bet you didn’t see that one coming.

Meet Adrian Hewlett, founder of Habari Group, jack of all digital trades, and his latest, most ambitious venture to date, the new ad agency named Machine.

Combined they create one of the largest independent agencies in the country, staffed with 80 people, and around R45 million in revenue, with strong BTL and digital competencies, now combined with traditional agency expertise.

It’s a new breed of agency. Some of its competitors, like Native, combined assets with other digital players for scale, to create significant and influential digital agencies, while more traditional agencies like King James have been jacking up their digital offerings and focused on breaking down internal silos to find the digital/traditional sweet spot in the middle.

Machine comes from BTL and digital, the two areas where budget has been flowing to and which its traditional rivals have for years disdained in favour of the more ‘glamorous’ Above-the-Line (ATL) work. In fact, the agency is purposefully positioning itself as ‘a broadly integrated BTL agency with a core digital competency’ according to Hewlett.

Hewlett is splitting up the Habari Group with the sales component; Habari Media and the mass market focused Habari XL on one side and Machine on the other. Wayne Bischoff is the newly appointed MD of the media business with its 30 staff. The company offers media solutions to advertisers via the digital brands it represents and sells media space in the South African and African markets, including social giant Facebook, LinkedIn, MTV and the BBC.

Zambian born, Hewlett also lived in Mozambique before coming to South Africa where he studied at the University of Cape Town (UCT). Hewlett, a rugby player himself (for the UCT rugby team – the UCT Ikey Tigers), married his love of the sport with his interest in marketing and after varsity he started in his first job at online publisher Rugby365, first as marketing manager and later as head of marketing and sales. A stint in London as 365 Group head of e-commerce convinced him Cape Town is where his heart lies.

Hewlett convinced his board to move all editorial and technical roles to South Africa. He soon went from sales to joint MD, at the ripe old age of 24, growing the business from a head count of 10 to one with 60 in only six months. When the group was bought out by a sports betting company Hewlett decided to go on his own. As the sales guy for MSN. It was February 2004.

The business grew slowly and organically as Hewlett added more premium online properties to his sales portfolio. Habari’s evolution into a fully-fledged sales house had begun.

In a bid to reduce the risk of being solely reliant for survival on the whims of a single major client, Hewlett launched a BTL marketing and promotions business (Habari Direct which will now fold into Machine as a division called ‘Creature’). Clients include Nedbank, BMW, Simba, Sanlam and Triumph to name a few. It’s been in business nearly as long as Habari Media and is a cornerstone of the Machine offering.

More divisions were added over the next eight years expanding the business into various new niches. A research business, Habari Answered, launched as an online market research tool. The database of nearly 13 000 South Africans, segmented into specific demographic target audiences and contacted via email and mobile, has a turn-around time of 24 hours. Another sales business that reaches the mass market by selling media space on virtual and physical prepaid airtime vouchers was launched in Habari XL. It has over 40 million bulk airtime recharge vouchers on its books per month and campaigns can be targeted nationally, provincially, by network operator and by voucher denomination. XL also sells space on around five million virtual vouchers (this includes till slips) every month.

Through-the-line agency Big Wednesday launched in 2009. Under the creative direction of Jake Bester (who steps up as group creative director for Machine), the agency has won Motorola, Marmite, Triumph, Sloggi, the Good Food & Wine Show and Hurley. Domino, the groups’ digital and social media division, counts Jeep, Nivea and MySpar amongst its clients.

Each business launched as part of the Habari Group, gained traction and became a worthwhile entity in its own right, with Hewlett at the helm. Hewlett opened offices in Johannesburg and Durban and established an affiliate office in Lagos (and much later launched a new office in Nairobi).

He would only stumble when the company he founded his business on, MSN, decided on a new publishing and sales partner in Kagiso Media after seven years with Habari. Habari saw 30% of its revenue disappear.

Hewlett refused to retrench any staff, believing that in his industry replacing digital talent is a difficult proposition, and it turned out well for Habari because pretty soon it was signed up by Facebook as its South African sales partner, and as interest in social media platforms exploded locally, he would need every hand he had.

Hewlett had been in contact with Facebook for three years at that point without managing to hammer out a concrete deal to represent them in African markets. The Facebook site had been selling skyscraper ads and wasn’t nearly as successful in generating revenue as it is today. But Facebook was about to launch its push of engagement ads – a concept that would change its fortunes, and those of its partners, for the better.

Following a three way pitch Habari Media was appointed in 2010, and in spite of some private reservations as to how engagement ads would be received in the local market, Hewlett and his team haven’t looked back.

With Bischoff in charge, Hewlett expects the business to grow further, relying on Bischoff’s experience in operating large sales teams and budgets. Bischoff was previously employed at amongst others RadMark, Mediamark, the SABC and e.tv, where he helped set up the then new TV stations commercial sales department.

Hewlett describes Bischoff’s appointment at Habari Media as a coming of age for the company. It’s the next brave step beyond where Hewlett could take the business. Habari Media will also be looking for opportunities to expand beyond digital media with Hewlett saying he foresees the company selling on independent TV and radio within the next five years.

Digital revenues are also growing quickly. Hewlett says since 2008 many markets have seen revenues double or even triple annually, but this has not been the case in South Africa, instead the local market is just hitting the tipping point where marketers realise that they have to engage with this space. Giants like Unilever suddenly have significant digital budgets especially as multi-nationals negotiate bulk deals with social networks like Facebook and pass along those discounted rates to local offices. The next three years will be rapid growth years for digital Hewlett predicts.

With Habari Media in the hands of Bischoff, Hewlett can focus on splitting the Group business between Habari Media and Machine, with him taking responsibility for Machine as CEO. Each of the two businesses will be a Pty in its own right although they will continue to share offices. Hewlett says this is to take advantage of the great skill crossover that exists between the two businesses, with Habari’s knowledge of Facebook especially counting in the favour of Machine.

Hewlett envisions that Machine will roll out some of its services, especially on the digital side, at the Lagos and Nairobi offices. Structurally Machine will have a senior client service team working across different business units while project teams work in specialist niches. It will be beefing up its creative offering – a much easier task than building digital competencies into an existing agency – as many of Machine’s competitors are finding out.

Machine is a new agency built on the foundations of multiple successful businesses. They are businesses that already share a group culture, management team and offices. The creation of Machine promises to bind them strategically together to the benefit of clients while also rejuvenating the business internally. It looks like a recipe for success.

Reprinted from the March 2012 edition of AdVantage magazine.

by Adrian Hewlett, MD, Machine (added 14:52 on 12/05/03) There has been some recent confusion in the market regarding the breadth of service at Machine, particularly the agency’s approach to media. In order to ensure the on-going integrity of the relationships Habari Media has with its clients and to ensure no conflict of interest with those relationships arises,  Machine will not undertake any media bookings for clients or offer any form of media agency solution. In most cases clients who work with Machine will have existing media agency relationships in place and those will remain in place. However, in cases where there is a request for a media service offering, Machine will work with the client to identify a reputable third party agency to work with on that client’s business who will define the media strategy and buying process.