Natalie Tudhope has just taken over the mantle of MD at Young & Rubicam (Y&R) Cape Town from Alan Schreiber, who stays with the group but becomes managing partner of Team Pick n Pay, the agency’s biggest client. Tudhope adds the MD portfolio to that of financial director for the Cape Town agency.

Tudhope has been with Y&R for 10 years and was a director and shareholder in The Gap (founded by Alan McDonald and Peter Southworth), an 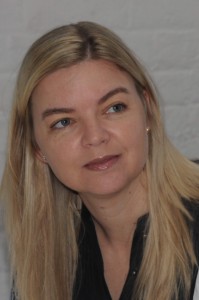 agency bought by Y&R Gitam, as the company was known then, in 2002.

Tudhope, who was with The Gap for 10 years, was well-known there as the media director at the time and helped develop a financial control model focused on media booking. This was when agencies still did media planning and buying themselves.

Her experience in media and client strategy helps her focus the agency on what it needs to deliver on for clients, says Tudhope. She promises to further engrain the fundamentals of business practice at the agency and believes with her financial experience she can help quantify deliverables for clients.

Tudhope, like many local agency heads, feels that ad agencies gave up media planning and buying to independents such as OMD Media Direction or Mediacom too easily. But they lost the business because they were inflexible and didn’t realise the threat posed by independents, who charged 3-4% commission on media buys to the then-agency standard of 16.5%.

It’s a case study of the industry caught napping, and like her peers, Tudhope seems to be looking for a workable model that would bring media planning and buying services back to the agency. It won’t be terribly expensive, says Tudhope, and would entail an investment in people and Telmar licenses, though no decision has yet been made on whether an attempt should be made in this direction.

As media fragments, Tudhope asks how media strategy can come in and get tagged onto the end of a communication strategy with any real sense of strategic understanding, when it should be helping to steer strategy in the first place.

This doesn’t mean media independents don’t have a good offering as things stand today, Tudhope clarifies, but it’s not the integrated offering an agency could bring to the table.

Y&R Cape Town, as it stands, is solid financially and has solid client relationship in place, says Tudhope, with around 40 people in the Cape Town office. Andrew Welch, CEO of Y&R South Africa, is based in the city, and spends Mondays and Fridays at the local office, keeping it on its toes. Graham Lang, chief creative officer Y&R SA, is also based in the city and commutes between Johannesburg and Cape Town. The two men are leading a renewed focus for Y&R at group level, says Tudhope.

Y&R SA has experienced a turbulent time late last year after its management drew a curtain of silence around the departure of former CEO Fraser Lamb, who became executive chairman of McCann WorldGroup Africa in September this year. He was quickly followed by then chief creative officer Mick Blore. Earlier this month Liam Wielopolski, the Joburg agency’s ECD, also left.

Tudhope says Y&R prides itself on positive human relationships within the agency and admits the agency has had to ask itself some tough questions after losing so many key staffers. But she insists that client service relationships have been maintained, in spite of the resignations, thanks to active engagement with clients on the agencies side.

Tudhope doesn’t see much client movement at the moment and says the agency will concentrate on organic growth.

Tudhope says she will focus on building on the strong client relationships already in place, on keeping her team happy and engaged, and on applying the concept of “small wins” which centres on changing the small things that is within your power to change. Cumulatively, the small wins have a big impact on the overall business, the theory suggests, and in effect tackles bigger problems.