Digital agency Gloo is seeing budgets dedicated to digital going up by as much as 50%, says Gloo ECD Pete Case, as corporate South Africa keeps shifting budget towards digital platforms. And it’s going towards more than marketing in its traditional sense, says Case, who cites Spur as one client investing in digital as a means to manage brand material going out to franchises.

Franchisees simply log into the Spur platform, and download the latest marketing material, logos and updates from there, resulting in quick 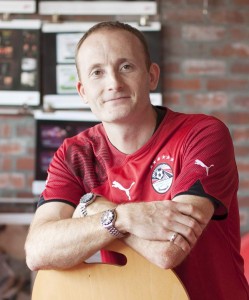 turn-around times, fewer phone calls at HQ and the ability to see which franchises are using what material, allowing the marketing team to see what material is proving popular.

For Case, this shows that digital shops such as his are moving beyond being simply agencies to being consultancies – he looks at business requirements of each client, trying to figure out what digital platforms can do for them, rather than simply trying to channel money into digital marketing efforts such as company websites.

Gloo has already dropped the “Digital Design” part of its name – something that was added in in its early days to “box it in” so agencies would understand what they could do. Those same agencies are increasingly using Gloo beyond execution and production, says Case, bringing the company in at the initial strategic meetings.

It’s all part of a subtle repositioning of Gloo, the writing of the next chapter, as Case puts it, that will see it move on to bigger things. But this is still a couple of months down the line and for the moment Case isn’t prepared to really clearly outline where he is taking the business. Let’s just say it involves other players – both inside and outside the digital space. But more on that a little later.

Gloo is doing very well as a business, in fact Omar Essack, Kagiso’s CEO of broadcasting, recently told Bizcommunity.com that Gloo, in which it holds a 50.1% shareholding, is “probably the fastest-growing asset we’ve ever had – perhaps East Coast Radio was also like that when we first bought it…”

In its annual report for 2011, Kagiso reports that Gloo delivered revenue growth of 76.3%.

Case says other digital players have already put their cards on the table – witness the formation of Native – which merged mobile specialist Brandsh, digital agency Stonewall+ and Cambrient, best known for its content management solutions. Gloo has not; apart from media releases on its numerous award wins, the company doesn’t reveal much information about itself (witness the two page Gloo website as an example).

Gloo is also seeking to expand beyond SA to the Middle East. It is already doing work in Doha for the Qatar Foundation.

Case says he is looking for places where his company can add value, rather. He hopes to make a final decision on a new office in that region soon and says Gloo is currently in a testing phase as to the viability of establishing a presence there. He would like to open the new office there by this time next year.

Case says he is also relooking at Gloo’s strategy of investing in entering creative awards – the agency is one of the most-awarded digital agencies in the country. Case says he might rather choose to invest the money in furthering staff development.

Gloo has certainly proven it can win awards and offer creative communication solutions – point made. Case is asking if there are more relevant investment opportunities for that agency money and the obvious answer does seem staff development and retention, coupled with a culture that thrives on innovation (creative and otherwise), rather than simply awards.

Today, Gloo employs roughly 70 people, split equally between Johannesburg and Cape Town, and the teams in Jozi mirror those in Cape Town, meaning clients can expect the same level of service and strategic advice at either office.

Case believes where digital really adds value to an organisation is in the space where digital and “real-life social networks” meet. The new chapter he promises the company is writing, he suggests, will meet in a similar space, with the stated aim of being the best communication resource/think-tank a client could hope for.

So, as Case prepares to reveal Gloo’s strategic vision of its future, rivals – digital or not – will be watching closely, hoping it won’t stick, and that ‘tradigital’ – that meeting place between digital and traditional – will remain the niche unclaimed.