The Bookmarks award judging is done and dusted, and by Thursday evening (yeah tonight), 10 November 2011, ad land will know who has won what in the only award show dedicated to rewarding creativity and effectiveness in South Africa’s digital marketing and publishing industries.

This year Antti Kupila (@akupila), the technical director at Sid Lee in Amsterdam, was invited as an international representative on the panel 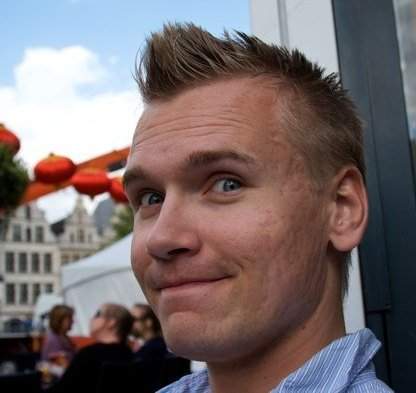 judging advertising entries. He spoke to us about the standards of SA work, emerging trends in digital marketing and the lack of a global reputation in our digital sector.

Herman Manson: What is your initial impression of the Bookmarks 2011 entries?
Antti Kupila: Very mixed. Certain things stand out in terms of creativity but, especially in craft, I think [you are] still slightly behind Europe and the US. That said, focusing on ROI, some entries did an exceptional job, looking at the brief as a problem to solve and came up with a good idea to make it happen.

The budgets in SA are generally smaller than in Europe but I was pleased to see how far people were able to take their ideas. In the end, it’s all about good ideas anyway, not money.

Manson: Did you notice any specific trends that stood out for you in the entries you judged?
Kupila: I think the market in SA is still thinking a lot about campaigns instead of longer-term goals for clients. It might create short-term wins but the real value is in building something longer-lasting.

In terms of trends, it’s very similar to other places with using Facebook, Twitter and YouTube to create social interactions and discussion but deeper integration could be better, creating more conversation around the brand. Content is still king and simply putting a ‘like’ button on the site won’t check the social checkmark.

Another big part was mobile and using USSD and SMS for maximising reach while giving good value to the user. As mobile is so prevalent in Africa in general, I would like to see people utilise this even more, instead of following trends that are present in other markets.

Manson: Why do you think SA doesn’t really feature in the digital categories of the international award shows?
Kupila: As mentioned above, the craft is still lacking a bit over here. Creative ideas are good, design is ok but especially the technical side is a bit behind. Focusing on using technology as part of the creative idea – instead of simply as a way to execute it – could take the ideas forward a lot.

From what I’ve seen, collaboration doesn’t seem to be a problem here; people listen to each other and together do a great job. For interactive media, though, technology is such a big part of this and following a traditional model which has been present in other markets for a long time won’t take it to the next level.

Instead, I would see the fact that the industry is so new here as a good thing; create the industry instead of following dinosaurs from Europe! For interactive projects, include people with technical expertise from day one!

Manson: What is SA digital shops’ reputation like in Amsterdam?
Kupila: Unfortunately, SA digital shops aren’t really known in Amsterdam. That said, we’re currently doing some work with an SA agency and everybody has been very happy so far. I would imagine that other agencies could easily enter these markets, too; don’t be shy to show your work!

Manson: In terms of the tech we use, would you say it’s world-class?
Kupila: Tech is a bit of a tricky topic to compare as the market is very different. Smartphones and bandwidth are widely available in Europe so using the technology from Europe 1:1 in SA would be a very bad idea.

In addition, consumers here are very aware of cost, which often is more important to minimise, compared to maximising the experience. iPads etc are nice but it’s pretty bad idea to introduce something only a handful of people can see.

I would say technology in general, though, is not quite world-class. In fact, especially on the web, I think there’s a lot of improvement that can be done there.

Manson: What are the major digital marketing trends in Europe at the moment?
Kupila: Social has been an on-going topic for a while but I rarely see good ways people are using it. It’s still in the baby-steps [phase] and slowly moving to something where content is customised to the user, based on who they are.

From a technical point of view, Apple did a good job in their attempt to kill Flash and a lot of agencies and clients are doing HTML for the sake of not doing flash. This, of course, doesn’t always make sense but it is what it is. Still pretty much everything that’s done now should work on both the web but also on iOS devices and other mobile phones and tablets.

Responsive design is where it’s going, though – doing something that works from a big 24″ screen down to a small screen on a mobile device. The sites resize so that they fit the user, not the other way around, and leave out big assets in order to optimise performance on slower networks on mobile phones.

Manson: Has judging the Bookmarks changed any of your perceptions about SA’s digital capabilities?
Kupila: Definitely. And I was very pleased to see some of the entries… can easily be compared to work coming from Europe. I will be following the market much more closely from now on.