Bookmarks 2011 promises to do better

The Bookmarks Awards, which recognises excellence in digital media and marketing, has pulled up its socks and is promising a well-organised event this year. Bookmarks chairperson Nikki Cockcroft says the fourth annual event, that takes place in Cape Town on 10 November 2011, will up the stakes on previous years.

Last year the event was gate-crashed by scores of people and the unsuitable venue simply burst out of its seams. MC Don Packett, who never 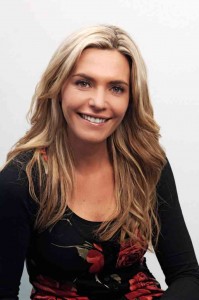 managed to engage the crowd, finally tweeted, “The crowd at #bookmarks2010 are honestly the rudest bunch of f*cks I’ve ever had to entertain. Have some respect for ur industry. Pathetic.”

This year a larger venue, Pigalle in Somerset Road, Greenpoint, will host the event. The venue can hold a thousand people but the organisers are selling only 500 tickets (and will hopefully implement access control at the door). Tickets seem to be flying fast – there was only around 150 left at the time of writing. Plush, the Cape Town-based three-piece band, will be playing, while DJ Dino Moran will be in charge of beats. Simon Dingle will be MC.

The Bookmarks is given out under the auspices of the Digital Media and Marketing Association (DMMA). Last year, no Golds were awarded in the agency category, something Cockcroft hopes will change this year, given the rapid growth of digital media spend and online retails, coupled with the creative success at the Loeries this year, at which HelloComputer won a Digital Grand Prix its Applications & Interactive Tools entry for Musica, ‘The Flo Browser’.

Entry levels are roughly equal to where it was last year and Cockcroft expects more than 400 entries at the end of the day. The entry deadline has just been extended to Friday 21 October.

Some changes were made to the category system this year to encourage broader participation in who enters the awards. Cockcroft says lots of brands are doing great digital work in-house and that smaller publishers have felt intimidated going up against the major media plays and she wanted to encourage them to also enter work into the awards.

In essence, the new system no longer splits the categories into publisher and agency awards.

The clusters for the new 2011 Bookmarks categories are:

The judging process starts Saturday 22 October via the Internet, when judges score individual entries. These are weighed and the finalists identified. Judges gather on 5 and 6 November to pick the final winners in an anonymous vote.

Scores are based on four key criteria, namely, the creative concept and idea (account for 20% of the score), design and content (another 20%), technology and innovation (20%) and results/objectives met (40%).

Prior to the awards ceremony, workshops will be held on 8 and 9 of November, in Johannesburg and Cape Town respectively. Register for them on line at the Bookmarks Awards website.