With a pat on the head, all is well again at Ogilvy

Last week it came to light that Ogilvy Johannesburg submitted ads created for AETN’s South African broadcast partner, Multichoice, to numerous trade publications and blogs as well as having entered it into numerous international ad awards in spite of it never receiving approval from client. In the meantime it has been awarded a silver Clio and was finalist at the One Show Awards en New York. One of the ads reportedly just ran in the latest issue of Migrate – the official Loerie Awards magazine.

In his original comment to MarkLives Graham Pfuhl, Marketing and Sales Director at Multichoice, stated that the campaign in question was in fact rejected outright by Multichoice, and confirmed “no History Channel ads can be published without the prior authorization of AETN.”

Having received a cease and desist order from AETN’s lawyers (these guys can’t even spell irony given the context of those ads and their own actions) it is quite obvious that not only MarkLives but also the local industry expect some answers.

MarkLives sent the following set of questions to Ogilvy;
1. Do you have a statement on the suspension (pending investigation) of the campaign in question by the CLIO Awards?
2. Why did Ogilvy submit a campaign rejected by client to numerous international awards?
3. What is Ogilvy’s view on scam ads and is this in fact what was submitted to said awards?
4. Will Ogilvy be issuing a formal apology to Multichoice , AETN or the media organisations and award organisers who received legal threats as a result of this campaign running without client approval?
5. Will Ogilvy withdraw the campaign from all awards it might have been entered for as well as return awards the campaign have already won?

Julian Ribeiro, Managing Director at Ogilvy Johannesburg, sent the following in answer; “It is clear that there has been a misunderstanding regarding the circumstances surrounding the flighting of the ad, and its subsequent entry into creative awards shows. Ogilvy Johannesburg did pass the work by the local client. However, Ogilvy acknowledges that we did not go through the full and proper approval process. Ogilvy Johannesburg is taking all commercially reasonable steps to ensure that the material is removed from publication. Ogilvy, AETN and Multichoice have been co-operating to clear up the misunderstanding, and the matter has been resolved.”

Having sidestepped most of our questions the statement does little but murky the water even further. What does Ogilvy mean when saying that it passed work by local client without going through the full and proper approval process? If it was rejected by client certainly it doesn’t matter how formal or informal the process – it should not have been submitted for awards. Would Ogilvy be returning the Clio and any other awards that might have been received given the information that has now come to light?

“Ogilvy Johannesburg is taking all commercially reasonable steps to ensure that the material is removed from publication – this includes its withdrawal from creative awards shows,” came the response from Ogilvy. So they are giving back the Clio. Yes? No? Guess…

We also queried the matter with Multichoice who earlier quite categorically stated that the campaign had been rejected outright. Pfuhl sent us the following statement; “This incident has caused extreme embarrassment to both Multichoice and Ogilvy as this campaign did not go through our rigid authorization channels, which always insist on written sign – off. I believe that some staff at Ogilvy were not informed of this and the ads were distributed and entered for awards. Naturally, as we did not have AETN authorization, efforts are being made to withdraw the campaign from all public showing, including award entries. Since this incident arose we have worked with both AETN and Ogilvy to reduce any damage done.” Does this mean the campaign wasn’t rejected, leading Ogilvy to submit the campaign to trade and to enter it into awards, but without actually having received final sign-off from top management?

Amidst the lack of clarity one point that can be made with reasonable certainty is that the campaign never saw the day of light outside limited trade exposure. Ogilvy could not launch the campaign without final sign-off, as certainly even ‘some’ Ogilvy staffers realised. In fact it remains uncertain that they even sought such permission.

With the discussion around the ads having been hi-jacked by ultra-conservative American commentators out to prove that the ads are anti-American, AETN, Multichoice and Ogilvy have all been opened to abuse by a radical fringe. With nobody acknowledging responsibility our industry has suffered a major setback in terms of good governance and transparency and future South African entries to international awards will face tougher scrutiny from organisers.

Managing the brand reputations of some of the largest companies in the world Ogilvy has failed to put in place any strategy to safeguard its own. It doesn’t seem to realise that business as usual is no longer acceptable. Accountability is the new name of the game – I guess not only bankers and brokers missed that memo.

The ads in question with their logos removed. Ogilvy Johannesburg created them for AETN license holder MultiChoice. Although never approved they were submitted at numerous international award shows. 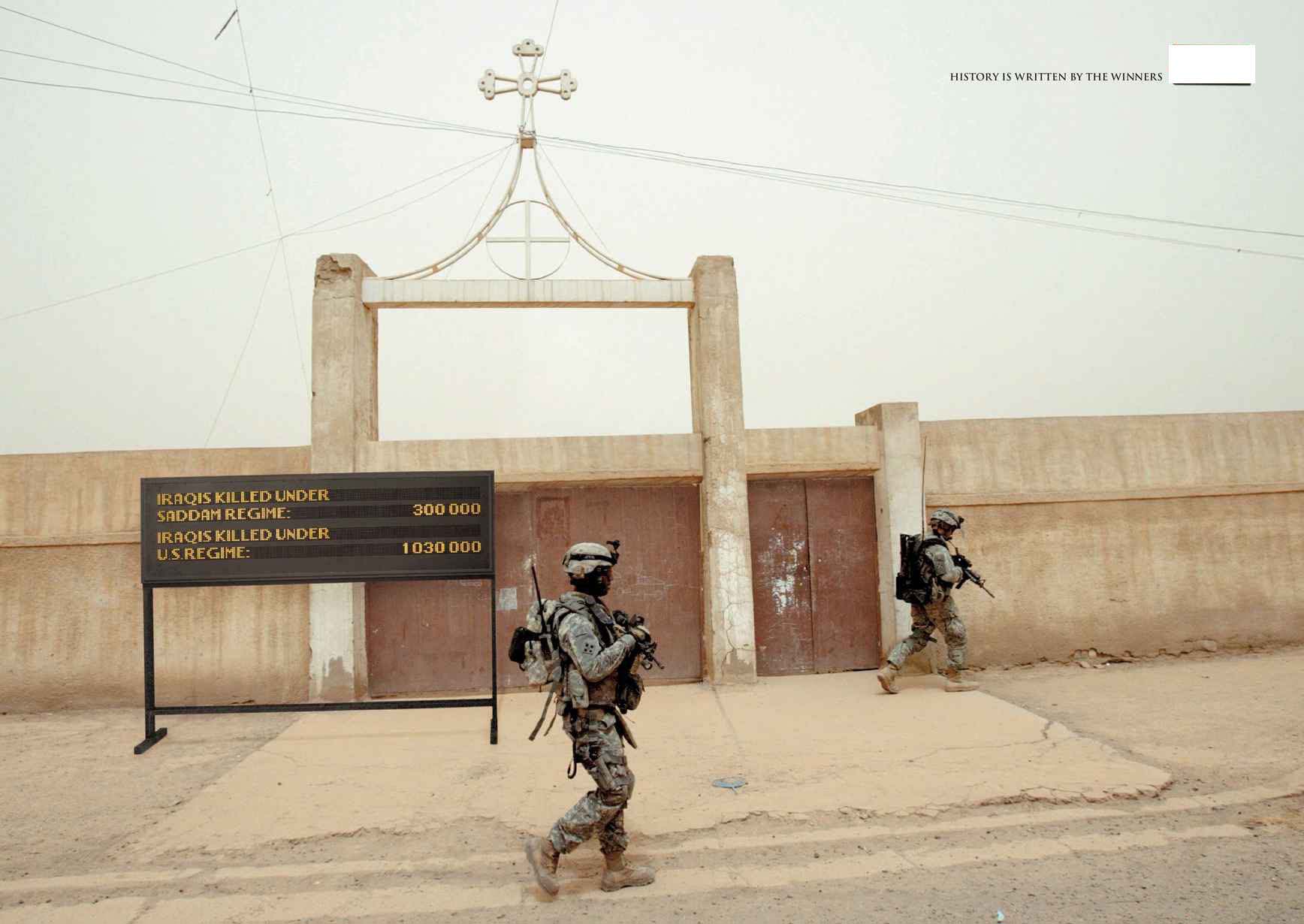 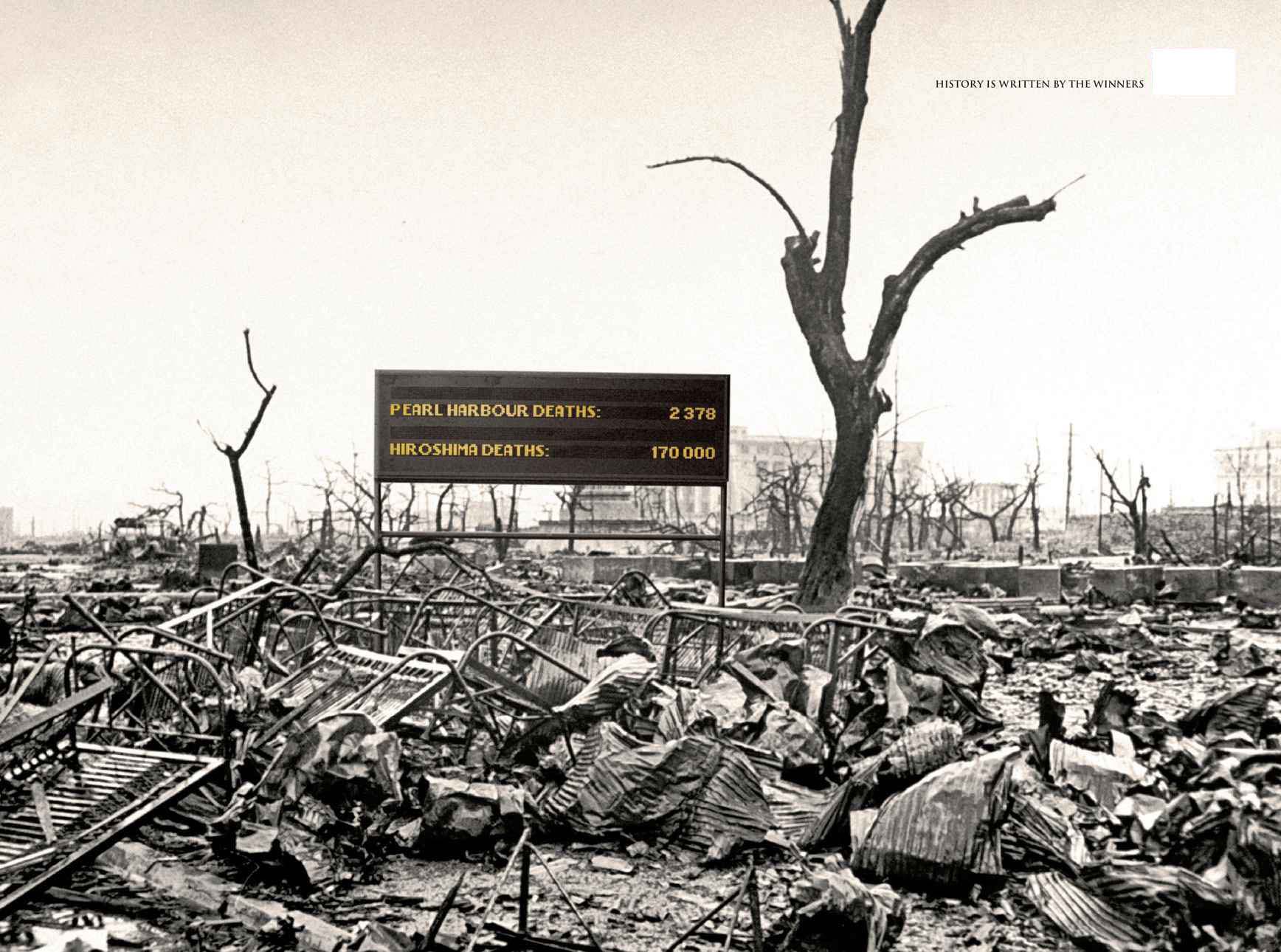 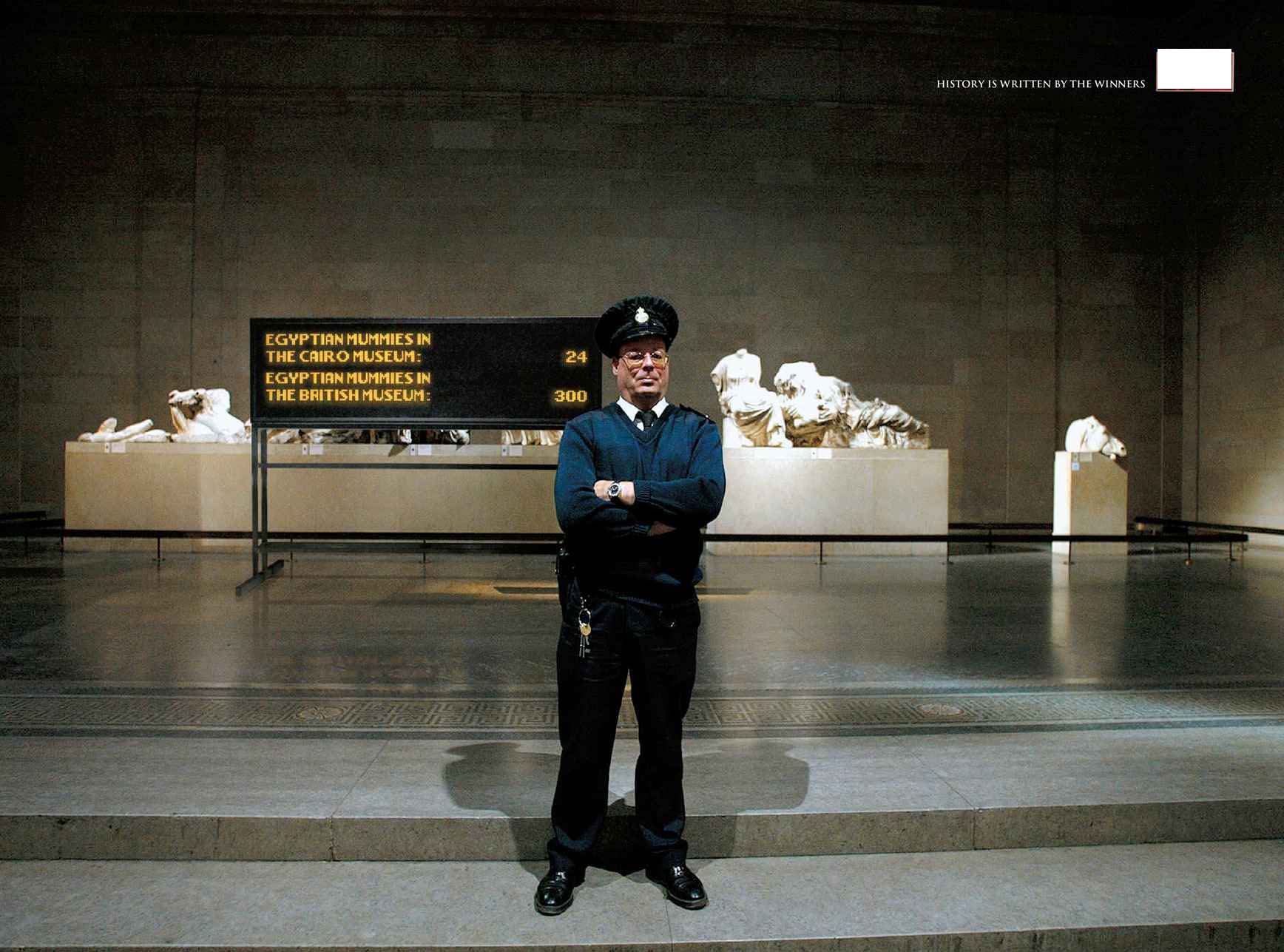 Update: Statements in full as received from Graham Pfuhl

From: Zipporah Bikitsha On Behalf Of Graham Pfuhl
Sent: 25 May 2009 15:49
To: marklives.com
Cc: Graham Pfuhl
Subject: History Channel by AETN

Thanks for your email.

We have had a long and successful relationship with both AETN and with Ogilvy. I believe that Ogilvy has always had Multichoice’s interest at heart and certainly still does.

This incident has caused extreme embarrassment to both Multichoice and Ogilvy as this campaign did not go through our rigid authorization channels, which always insist on written sign – off. I believe that some staff at Ogilvy were not informed of this and the ads were distributed and entered for awards. ( I do not believe that this was done with any sinister objective).

Naturally, as we did not have AETN authorization, efforts are being made to withdraw the campaign from all public showing, including award entries.

Since this incident arose we have worked with both AETN and Ogilvy to reduce any damage done.

We sincerely hope that we can now put this matter to rest.

As a client in this instance,and the company trusted with the marketing of The History Channel in Africa,,please may I apologize for the unlawful display of the ads in question.This was a campaign presented to us by our Agency,Ogilvy,and rejected.

At no stage did we authorize usage of the ads in question.In fact,,no History Channel ads can be published without the prior authorization of AETN.

May I apologize on behalf of Multichoice.I am sure separate apologies from Ogilvy will be sent to all concerned.

This will not happen again

5 Responses to “With a pat on the head, all is well again at Ogilvy”