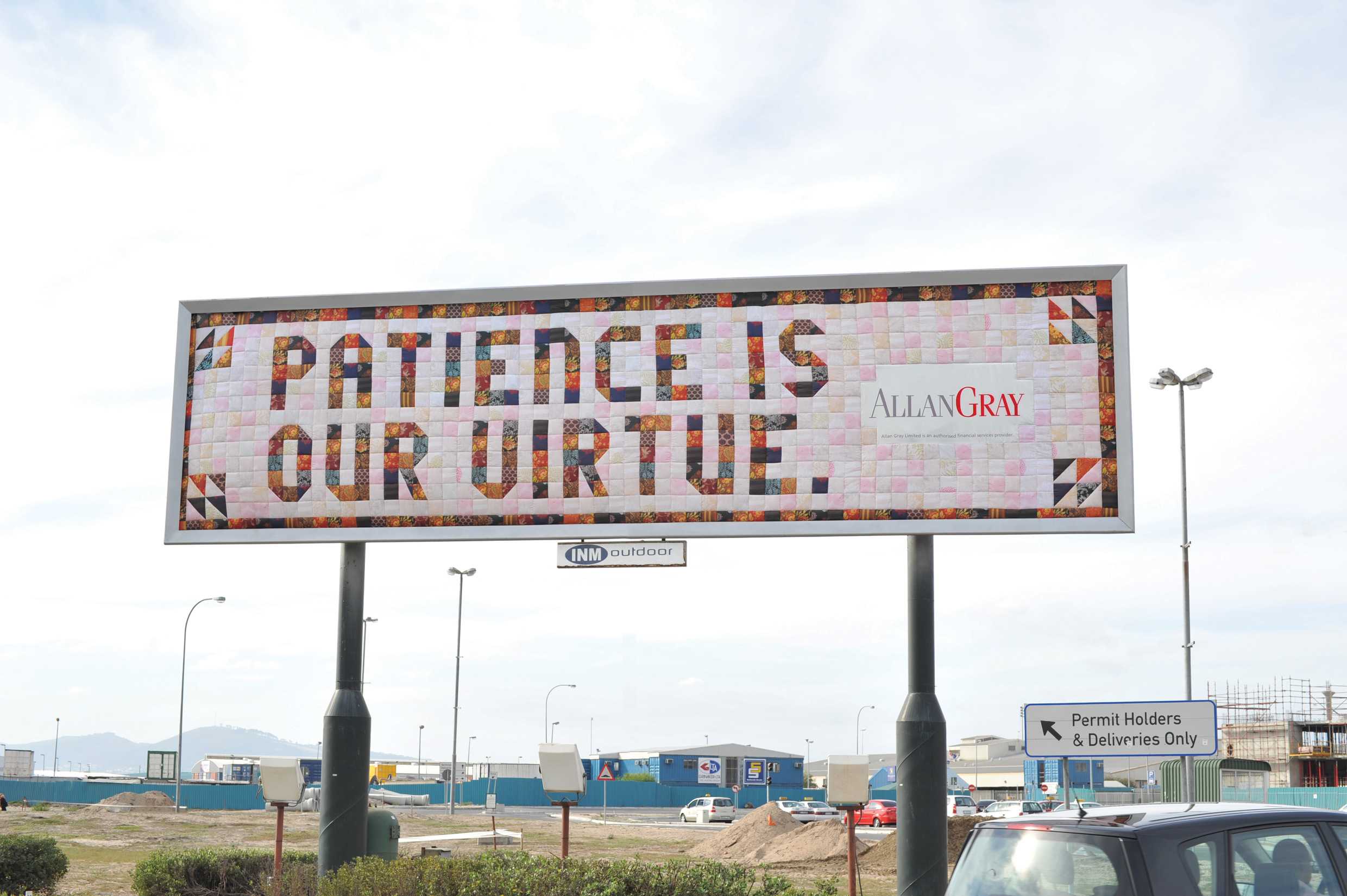 Hot off the heals of their Gold Loerie-winning Billboard of last year in which they built a billboard out of 6000 puzzle pieces over a four week period, Allan Gray and its ad agency King James have once again pushed the boundaries of outdoor media with their latest billboard that was erected at Cape Town International recently. In line with Allan Gray’s ongoing strategy of “anything worthwhile usually takes time”, over a three month period a giant three metre by twelve metre quilt was stitched out of twenty four different fabrics, with over nine hundred individual squares. The message ‘Patience is our virtue’ is patterned into the design. This quilt was then literally hung on the billboard.

Alistair King of King James comments “the billboard does much more than convey a message about Allan Gray, it demonstrates it in a very real way. Anyone who sees the billboard will appreciate the effort and the time that it took to make it happen, and that is exactly what Allan Gray is renowned for. It’s not what the billboard says that is important, but rather how it says it.”