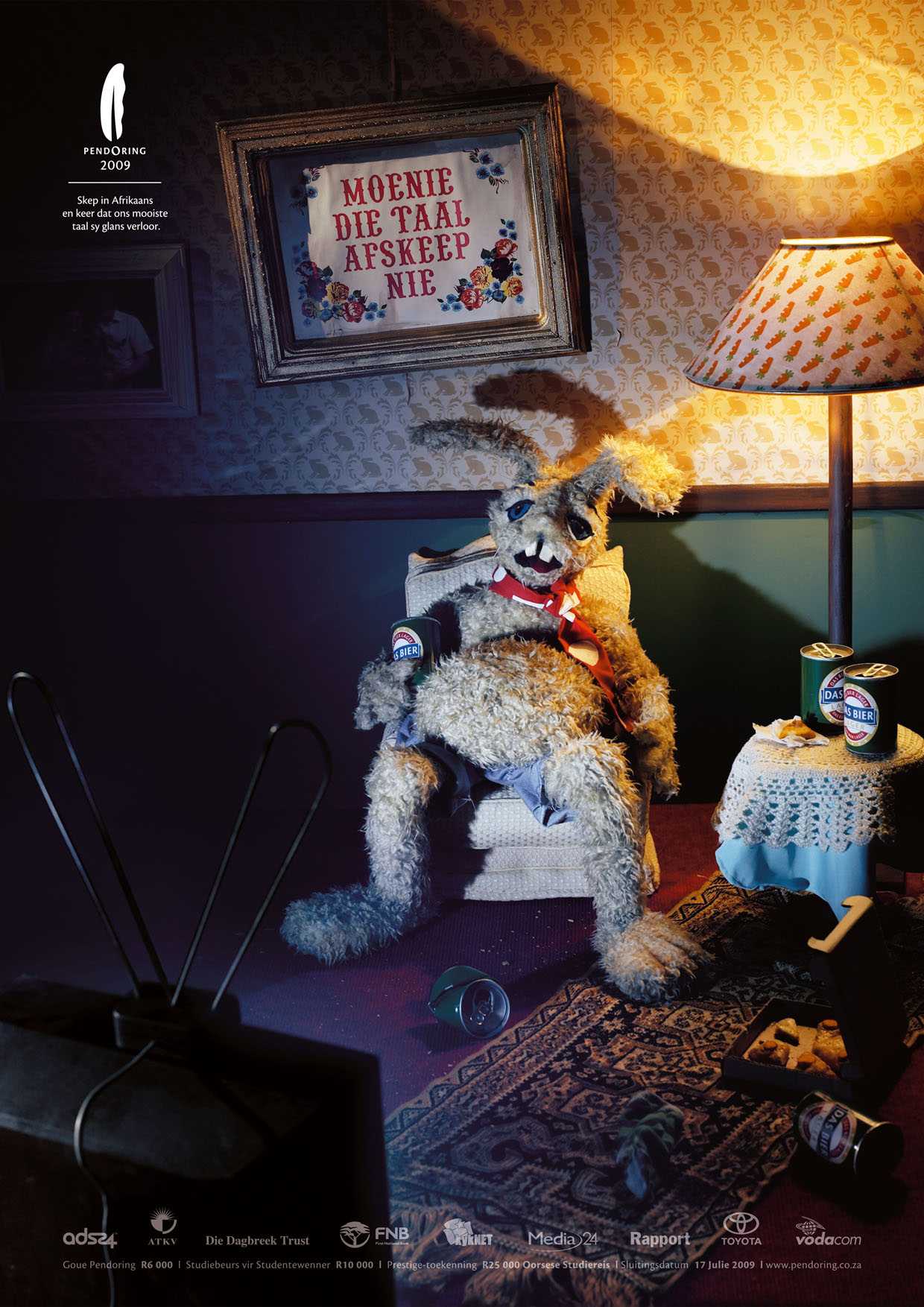 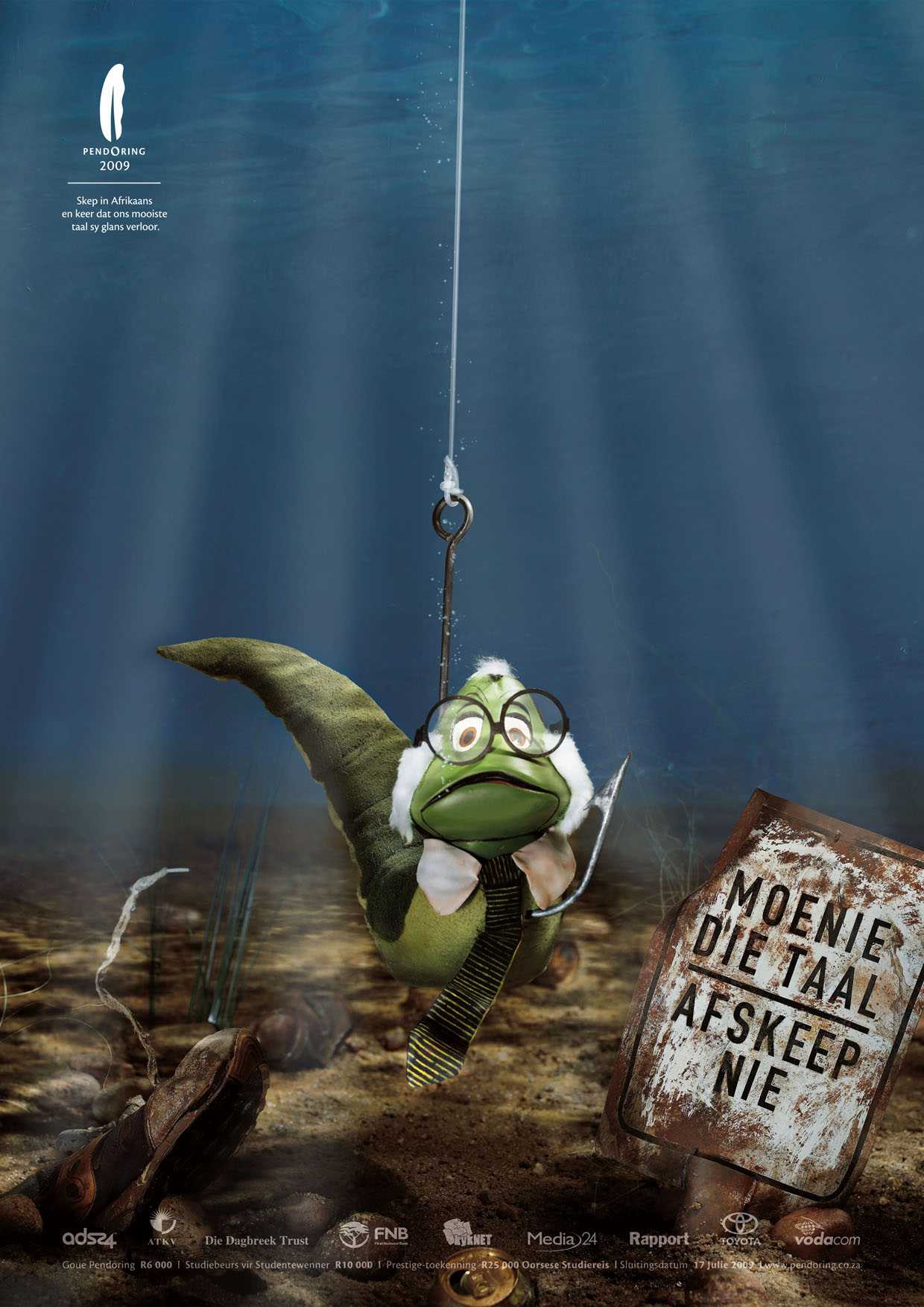 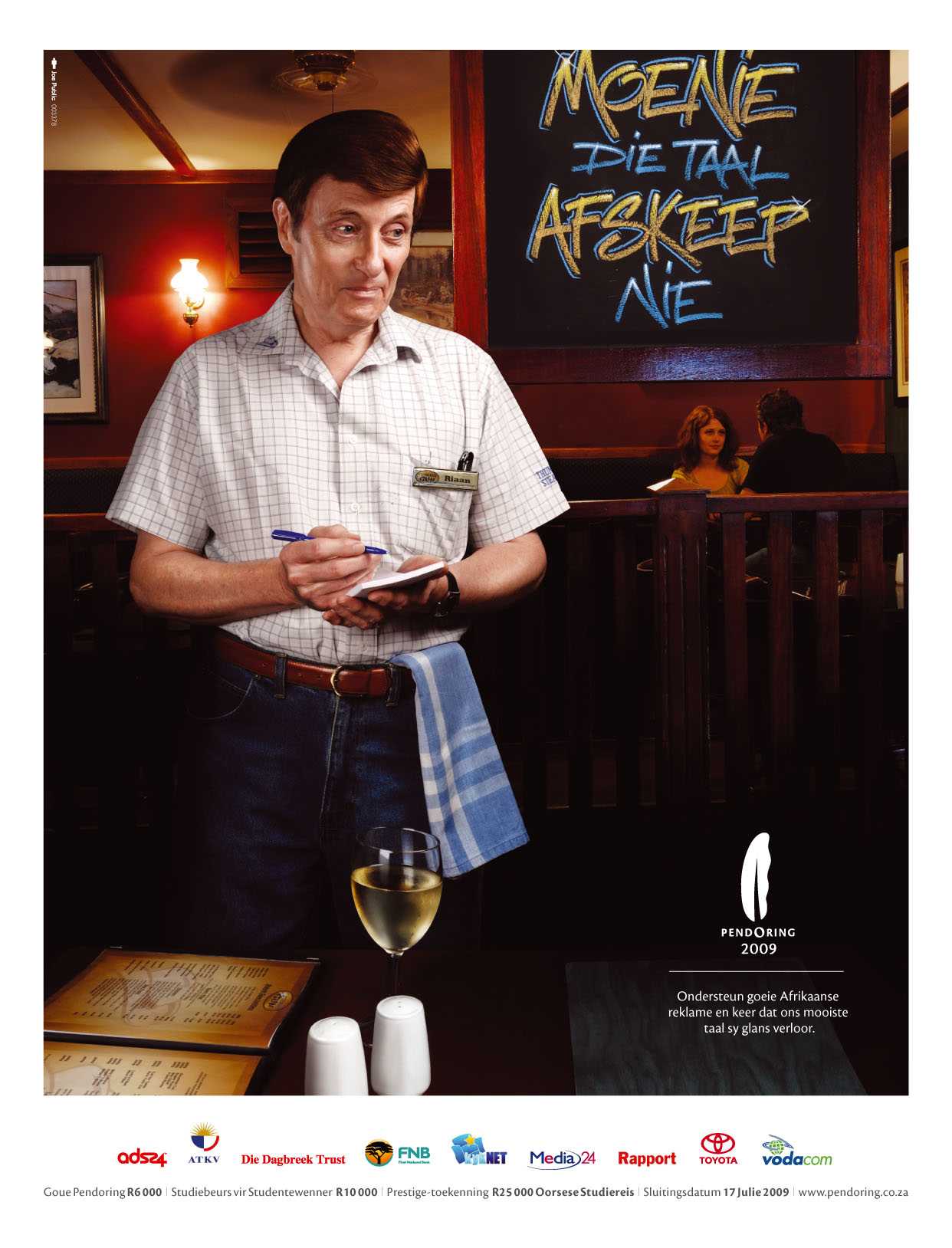 “Although most previous campaigns highlighted the fact that Pendoring rewards winners in cash – 2008 campaign slogan being: Praat die taal, dit betaal (It pays to speak Afrikaans), Joe Public felt that there is a far bigger issue at play,” says Joe Public’s Pepe Marais.

“The majority of commercials are conceived in English and often translated into Afrikaans,” Marais continues. “In short, Afrikaans is being neglected. There are quite a few Afrikaans creatives in our industry and the majority of them are conditioned to think and create in English to such a degree that Afrikaans has become a second language. This campaign aims to remind them what would happen to this indigenous language if neglected.”