Motive: Is there a viable market for black ad agencies in SA?

by Lufuno Makungo (@LMwonder) While I cringe at the title of this article, it’s a fair question. It’s like asking if there’s a viable market for Chinese advertising agencies in China. But the question is relevant here, given our political history and the current economic structure. The most-transformed sector in the county is the public sector, simply because we have the political power.

Broad and interlinked, not narrow

In talking transformation, we often narrow it down to only one thing — when the issues are broad and interlinked. In advertising, lack of transformation refers to the white-dominated industry but we fail to breakdown other parts of the problem: there are many areas also in need of transformation, besides white people.

When I heard the news that MTN and Edcon were looking for new agencies, I wasn’t excited about it and that lack of excitement was justified when I discovered the outlined pitch process. Both companies have been said to favour global agencies over local ones. While I believe there’s a viable market for black advertising agencies in South Africa, let’s unpack the challenges that make it difficult for those agencies to thrive.

The biggest excuse for not awarding enough business to black agencies is lack of capacity, an excuse that makes no sense. There’s hardly an agency with the capacity to handle new business but they upscale as they win new businesses. If, today, you award Ogilvy & Mather South Africa or FCB Africa an Absa account, neither will have the capacity to service the account but will have to hire more staff. You don’t hire people you don’t need to build capacity for future business; it doesn’t make business sense. Any agency can build capacity if needs be, so the capacity excuse is flawed.

Let’s further explore other possible sources of business for black agencies. As mentioned, government is meant to be the biggest one but it is currently not doing enough to support black agencies. Unfortunately, the agenda is never to support and that’s what happens when you have incoherent regulations. On one side, you talk transformation; on the other side you have pitch criteria that don’t support transformation, such as the minimum number of years in operation. You won’t find a new agency that’s been operating for five years (simply because it’s new) so the years-in-operation disclaimer should have zero pitch-point allocation if the aim is to transform. The criteria should be skills-based and that may be verified by looking at individuals’ CVs and portfolios.

Another source would be other black companies looking for advertising services. Some of those are quick to advise you to start your own agency but also quick to let you down. A large part of black companies looking for black agencies is because they can’t afford big white agencies. Already, that’s a problem. If you can’t afford a white agency, what makes you think you can afford a black agency?

Some of the black businesses I’ve worked with lacked the internal marketing resources, and the business owners lacked the marketing knowledge. We would spend more time talking budget than the actual work and, eventually, the relationship would collapse because of budget.

The truth is that there are many black businesses that are keen to give black agencies business but for almost nothing. Most of them don’t have marketing budgets and don’t even know how much to spend on marketing. It’s difficult to help them to work out the marketing budget because, often, they are not keen to disclose their revenue and they lack clear growth strategies. One client once told me they could only pay after 60 days and my question in response was: what would you do if your employer tells you they can only pay your salary after 60 days? They couldn’t answer.

Pushing white people to transform when we are not transformed ourselves won’t help with anything. For the advertising industry to transform in terms of ownership, it needs transformed pitch criteria and also transformed black clients which respect the industry and what it does.

Most black clients I’ve worked with are as untransformed as white people but they are not aware of it. If all black people were transformed, we wouldn’t be blaming white people for lack of transformation. Without black-transformed clients, black agencies will struggle to survive. Without more-accommodating corporate and government regulations that support small businesses, black agencies will always struggle to grow. 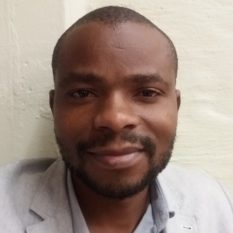 Lufuno Makungo (@LMwonder) is a business director at MKT Media. He writes in his personal capacity.

3 Responses to “Motive: Is there a viable market for black ad agencies in SA?”