by Herman Manson (@marklives) Today, we reveal which agency Cape Town’s ad execs consider the most digitally integrated in the city!

The most digitally integrated ad agency in Cape Town

Executives once again voted Ogilvy & Mather Cape Town the most digitally integrated agency in the city. The agency has achieved this accolade in all three previous polls (2014, 2013 and 2012), taking 91% of the vote in 2013. This time around, the percentage was smaller but the agency still stood out well beyond rivals (which is why no agency has been awarded as runner-up).

According to Ogilvy Cape Town MD, Luca Gallarelli, “our specialisations are developing incredibly well with capabilities that I believe are setting the benchmark in the industry. The specialists are winning on independent business and integrating well on shared business. We’re not resting, though, and continuing to evolve some processes to continue to fine-tune our approach. It’s a never-ending endeavour and one we’re committed to continuing to get better at.”

It’s been Ogilvy & Mather Cape Town every year since our inaugural poll in 2012. 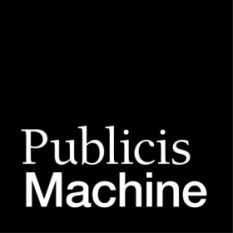