by Herman Manson (@marklives) Every year, MarkLives polls South Africa’s top agency leaders to find out what they think of their competitors, whom they see as effective managers and great creatives, and where they believe their future competition is likely to come from. Today, we publish the results of our regional Cape Town poll.

Results for 2014 have been particularly interesting — in line, we think, with sweeping ownership and leadership changes across a wide swathe of ad agencies.

The Cape Town vote also seems to have been influenced by a major account win and a successful foray into Johannesburg.

The creative director at a Cape Town agency who was most admired by the city’s agency chiefs in 2013 was Chris Gotz, chief creative officer of Ogilvy & Mather South Africa. Joint runners-up were Justin Gomes, ECD at FoxP2, and Graham Lang, CCO at Y&R South Africa. In 2012, King James Group creative director, Alistair King, was voted the most-admired CD in Cape Town by his local peers. Justin Gomes from FoxP2 was our runner-up.

In terms of agency bosses in 2013, Gavin Levinsohn, ex-MD of Ogilvy Cape Town, was favoured by his peers, while James Barty, co-founder and chief executive of King James Group, was runner-up. In 2012, Claire Cobbledick (then MD of The Jupiter Drawing Room Cape Town) and James Barty tied for the top spot, with Levinsohn as runner-up.

Machine was voted the agency to watch in 2013 — an honour it also achieved in 2012 (“one to watch” is where execs got to nominate an agency from which they expect big things in the year ahead).

For 2014, we added a third component to our polling: asking execs to nominate the brand they would most want their agency to work on (brands must operate in SA, and their own clients must be excluded); the marketer they most admire (in SA); the industry body they rate most highly (if any); the pitch consultant they would recommend to a client (if any); and their choice for the most innovative marketer/advertiser in SA. Results will be released on 2 March.

Nobody could nominate his or her own agency or staff members. All the nominations were then tallied up to see whom adland’s highest decision-makers admire most. 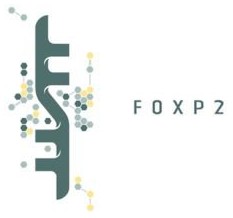 The regional vote in Cape Town was at its most competitive in the three years we have been running this survey, resulting in a tie between 2013 winner Ogilvy & Mather Cape Town and 2012 winner King James Group, the latter buoyed by the launch of its successful offshoot in Johannesburg and the Sanlam account win.

“[We] managed to match significant growth across the group with a pretty strong creative product, and that’s always a tricky balance to achieve. Obviously, our resignation of Allan Gray to take on Sanlam was a pivotal moment in our company’s history. That decision, however, has enabled us to truly exercise our offering as an integrated agency, which was a key motivator for the decision. Much of our creative success [last] year [was] on work that combine[d] the collaborative skills of four or more KJ companies,  and we’re thrilled about that. Sanlam ‘One Rand Man’ and Johnnie Walker ‘Meet your Match’  are just two examples of how we are evolving as an agency.”

From a new business perspective, it’s been a cracker, with growth of 35% across the collective group of companies. Cape Town pulled in Sanlam, City of Cape Town, New Balance and a cellular offering from Durban-based The Ignition Group, while King James II in Jozi won Garmin, iStore and Altech Node.

Ogilvy & Mather Cape Town had a very successful year in terms of new client wins, taking on board Allan Gray, Pearson Education, Metropolitan and Metropolitan Health, and 24.com. By the end of November, revenue growth over 2014 sat at 16.68%, which, as MD Luca Gallarelli notes, is particularly strong, given the agency’s scale. It also didn’t lose any accounts.

Total headcount has grown from 278 to 312, representing an expansion of 12.23%. On the awards front, 2014 started with the agency being named the most admired by its peers in this very poll, followed by being named Agency of the Year at Tony Koenderman’s AdReview awards.

Runner-up FoxP2 took a year off the awards circuit and accompanying media exposure but has remained one of Cape Town’s most-admired agencies. Last year it skipped award shows to introduce #FoxFlame, investing that budget in sending staff members around the world to a series of conferences and events the agency hopes will inspire them.

Then there was the FNB account win. Other new clients for FoxP2 Cape Town included Unilever, Superbalist, Imperial and Stanlib.

Gomes currently chairs the Creative Circle and was instrumental in securing Coca-Cola as a sponsor for the organisation. FoxP2 has been producing some exceptional work for Ster-Kinekor.

King James caused waves when it resigned its defining creative partnership with Allan Gray to take on (very successfully, it would seem) Sanlam. In 2014, its TV spot for Bell’s Whisky, called “The Reader,” scored the second slot in our Ad of the Year selection.

In 2014, MACHINE became Publicis Machine after it was acquired by Publicis Groupe and merged with the not very remarkable Publicis agency. The agency now boasts a fully integrated offering, with 170 staff in Jozi and Cape Town. New business wins last year included the likes of Auto & General, Jaguar/Land Rover and Peermont hotels, resulting in 42% revenue growth.

Hewlett built his agency out from an online sales house he founded from his home. Eventually, he would combine four different businesses into a single integrated agency with core digital competencies.

Although a number of agency bosses were nominated by their peers, Hewlett was the only one to generate a significant number of nominations.

A repeat performance once again!

John Dixon, one of the most highly rated executives in the industry, became Saatchi & Saatchi group CEO, as well as CEO of Saatchi & Saatchi BrandsRock. Expectations are high for this agency to win clients and produce outstanding work in the year ahead.