Inspiring, to say the least

Recently I attended the 2020 Nedbank IMC Conference, where Machado was the keynote speaker. I’m sure most who read this won’t be surprised to hear that he was inspiring, to say the least. Another speaker whose presentation was excellent, Alistair King of King James Group Africa, summed it up as “not the absence of bravery but rather the presence of a myriad of other forces.”

This is where I think I was most inspired by Machado; he never once disregarded the myriad of factors that marketers have to consider when trying to sell their brands. He’s not some pink unicorn that flouts the rules and has no master, galloping across the universe pooping fairy dust and gold Cannes Lions (maybe a little bit). He’s chosen to find ways to work the system to the benefit of all involved, including his bosses, who don’t care about the “creative effectiveness” debate. Patrick Collister, another speaker at the event, said it best, “Fernando works for some tough hombres — venture capitalists — and they only care about the numbers.”

Machado himself said his salary and bonus aren’t based on awards; he must show hard numbers. But he believes in the power of creativity to deliver tangible business results and create a competitive advantage for his business.

What does this CMO know that many of us don’t?

When you start embracing creativity, you don’t have to jump in head first; just dip in your toes. Experiment, take 10% of your budget and try. Machado says, “Who cares if you bin a failed experiment every now and then? You didn’t lose anything if you learned something from it.”

Use what you learn from your experiment to inform your CRM, product development, technology and future experiments. Creativity and innovation are iterative; it’s an organic and learning process; and it’s very rarely perfect the first time.

According to Machado, before it executed Whopper Detour, it’d run a straightforward promotion to get consumers to download the app: “Download and get X% off your first Whopper order”. This campaign was almost identical to every other competitors’ app-download promo and results proved to be as average as the promo. Thus, it went with the Whopper Detour and the results speak for themselves.

“If it looks like an ad, talks like an ad and walks like an ad, then it probably is not a very good ad”, says Machado. We know most people don’t get excited about watching ads, otherwise they wouldn’t spend so much time and effort trying to avoid them. Heck, we in the industry don’t even get that excited to watch the majority of ads, and it’s our vocation.

Instead of trying to make ads, do epic stuff (his plaque on his desk says “do epic shit”, by the way) and then turn that epic stuff into ads. Excite consumers, dare them, even sometimes confuse them. Whopper Detour definitely confused consumers by asking them to drive to the competitor and order a Whopper but they did it and they loved the adventure.

Another keen insight I took from him is related to pre-testing and research. He says when you test your concept in research and you get a slightly better-than-average result (a result most of us would be happy with), what do you think that result will translate to in a real-world situation? What chance does that piece of communication stand in reality? In real life, your ad isn’t being focused on to the same degree as within a focus group.

So, if your ad isn’t shooting the lights out in research, it’s probably not going to even register for consumers in the real world among a sea of advertising and the rush of life.

He proved this point when he shared that, before “Mouldy Whopper”, a traditional intrinsic campaign was tested that highlighted the new ingredients and removal of artificial ingredients; it tested well but not as a remarkable piece of work. So he chucked that piece of work and told his agency partners to try again. And they did, by breaking all the rules of food marketing on its hero product.

If you don’t know who Marcel Duchamp was, I strongly recommend Googling him. He was an artist during the mid-20th century, quite satirical, and his work confused most people, especially when he exhibited, among other things, an upside-down urinal titled “Fountain”. Machado said of this, “If you are the first person to bring an upside-down urinal to a museum, you are probably an artist; if you are the second, then you are probably the plumber.”

King echoed this sentiment: “Ideas float on the ether and, the moment you have an idea, you can be sure someone somewhere on Earth is having the same brainwave.”. His point is that, if you have a great idea, don’t kill it by wasting time and spinning your wheels. As another great brand would say, “Just do it!”

Machado urged the attendees in the “room” (it was a virtual conference) to “just start”. That’s the point here; you can’t know until you try. You can’t prove creativity works for your business unless you give it the chance to work. Plus, when you do take the leap, make sure you brace for impact — ’cause you might belly-flop or you might nail it. Either way, you’ll have learnt something.

#4.Marketing is logic and magic

Therefore, marketing is partly about trying to predict an outcome using models and research and statistical analysis but, when it comes to communication, it’s as much, if not even more, about believing in your instinct and listening to your gut. Just because a model tells you a piece of communication is going to work doesn’t mean it will break records. The inverse is also true; just because a model say it won’t deliver doesn’t mean it won’t. Magic requires belief, faith.

Marketers need to balance their logic with the magic of creativity, which is much more instinctual and organic. When logic dominates at the expense of magic, that’s a recipe for boring work that doesn’t add significant value to the business.

Machado’s logic is sound: “Creativity is not expensive; putting media behind a bad ad is expensive. Great work adds value to the media and ultimately the business.”

Another thing Machado emphasised which seems obvious, and yet many of us fail to diligently follow through on, is to collect irrefutable proof of success. All too often we skimp on the tangible and realistic measures at the brief stage, opting for either vague or convoluted objectives. Even more often, we fail to painstakingly vet our work post-campaign to determine whether our work worked against those original measures. This proof is critical to gaining buy-in to the power of creativity in creating a business advantage.

The key point here isn’t just to measure everything and anything, just in case, but to measure that which actually counts, and measure it painstakingly to ensure we gain proof that the use of creativity is delivering against very clear and focused business objectives.

Let’s also be clear that awards aren’t a metric of success or effectiveness of creative work. We need to sometimes treat our clients’ businesses as tough hombre venture capitalists who don’t care about creativity, or shiny gold statues, just the numbers.

As Jerry Maguire shouted on the phone, “Show me the money!”

So, I challenge all the marketers out there to tear a page from Machado’s book and believe in the power of creativity to provide your business a competitive advantage. Follow his lead: start small and build up your resilience and comfort but start; embrace both logic and magic and listen to your gut; aim for breakthrough, not thorough; and, even if it didn’t work completely, use the learnings to inform your next experiment.

I also challenge us in adland to always, always measure our work and get proof to build a logical argument for the power of creativity, to equip our marketers with evidence in their fight for creativity. Ensure there are clear and realistic objectives on the brief and measure the effectiveness of the campaign against those agreed metrics. 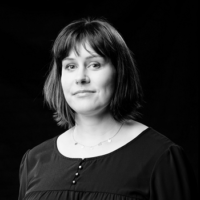 Leigh Tayler (@LeighAnneTayler) is the strategy director at Joe Public United. During her career of more than 12 years, she’s worked in just about every imaginable category and has fostered a well-rounded and instinctual approach to strategic thinking that she applies at every level, from big brand concepts to last-mile moments of truth. Leigh contributes the new monthly column, “WTF?!”, which highlights the things one might hear within an agency or be asked of in briefs, to MarkLives.com.

One reply on “WTF?! Where are all the Fernandos at?”