by Craig Hannabus (@crayg) Oh, Facebook, you’ve gone and done it again. You’re changing your UI and have divided the world into distinct groups.

There’s the usual averse-to-change folks who ‘liked it the old way’. They’ll go on about it for a few days, realise that the dopamine hits are just the same, and then quieten down. The second group are the cynical bunch. “It’s a free service, so Facebook can do what they want,” they chant in unison.

But is it really free? Aren’t you giving away vast oceans of data for the chance to tell a handful of people that you had eggs for lunch?

There’s a third group. It’s a group that existed before the changes and will exist beyond the changes. These are the non-users. In 2018, Facebook reported a serious decline in its European numbers. Industry pundits claimed it was the death knell, the end. The numbers this year show a recovery, and the decrease was blamed on the implementation of  GDPR data privacy regulations (Europe’s version of POPI).

Let’s talk about all these groups, starting with group one. I do this with a disclaimer. I’m not a qualified psychologist or a sociologist. Now that we’ve got my complete lack of qualification out the way, here’s my opinion.

Group 1 are more than likely type-A personalities. They’ve got their world very much in order. They have their rituals and their daily routines. Everything is measured. We need these people. They’re the accountants, the operations managers, the market-research analysts. So, when Facebook changes its layout, it makes them feel like they’ve lost control. If you fall into this group, take heart; the human spirit is resilient and you’ll recover.

The second group is less bothered by change. Type Bs will cruise through life, taking things as they come, and generally enjoying themselves. They’re useful people, too, generally creative, generally focused on careers that require more soft skills. When Facebook changes their layout, they note it, and move on.

The final group are a good mix of type A and type B. They’ve realized that Facebook is a bit of a waste of time and that they’re better off reading a book or going for a walk.

So, what does this have to do with customer experience (CX)? There are two issues at play here. First of all, the entire world is going through a massive change at the moment. I don’t want to turn this into another covid-19 article but, in this case, it’s apt. When we’re all struggling to stay connected because of lockdown, why would you change the layout of one of the primary platforms that people are using to stay in touch? It feels poorly planned and the timing couldn’t be more off. Facebook has handily prioritised any new coronavirus news at the top of the stream but does that help all the type As who’re now lying in the fetal position on the kitchen floor? Probably not.

The second issue is one of rollout. As I pointed out before, I’m no expert, but I’ve managed to figure out that there are at least two groups on Facebook with very different approaches to life. With all the data that Facebook has on each of us, you’d think there’d be a slightly smarter rollout process which eases the more change-averse into the process. Granted, you can switch back to the old Facebook at any time but how many people know how to navigate those settings menus? Even managing privacy is a challenge.

Facebook isn’t a free service. We’re paying very dearly with our valuable data. We’re paying customers and should be treated as such. New services and rollouts shouldn’t be foisted upon us haphazardly. Yes, the new features are probably useful, but some sort of warning might have been nice.

I’m going to come out and say it: I don’t like Facebook one bit. It’s a breeding ground for conspiracy theories, zealous political views, and mundane photos of ugly babies. While I can’t exactly quantify the value of my personal data, I’m quite sure that it’s worth more than the service being rendered. 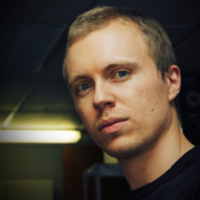 Currently the strategic director at Rogerwilco, Craig Hannabus (@crayg) has spent his adult life in the tech and marketing industry, exploring both development and content creation. He’s has worked on brands including Standard Bank, Nedbank, General Motors, Nestle, and Caxton. His regular MarkLives column, “#CustomerFirst“, explores the world of customer experience, a long-time interest of his.