Clover, your advertising is misguided

by Jarred Cinman (@jarredcinman) Far be it from me to pour scorn on other people’s work. Who knows? One day, Clover might put out a pitch and it would invite us, save for this article. Maybe, one day, we’ll also paint someone desperate for work, or lacking in self-worth, a primary colour to announce a product launch. Glass houses, sharp stones and so forth.

So, a smarter person would not write this perhaps. Or would confine their remarks (as so many have) to nasty tweets which can vanish more impressively into the mists of time.

From white to blue

Clover has decided to change its milk bottles from white to blue. It claims it “opted for blue as it is the Clover corporate brand colour, and since fresh milk is the core of Clover — it makes sense to consistently drive the Clover values and identity through our fresh milk products”.

Now, for all I know, it did extensive market research showing that making blue milk bottles was a winning idea. I’m vegan, so I don’t have a dog in this particular fight (or any fight). For all I know, milk-drinkers like having their bovine beverages dispensed from a bottle that looks like Jik.

Leaving the packaging choice, the thing that has gotten South Africa talking is the video of a man painted blue announcing this rebottling. This is a film over which expense has been spared. If I remember my James Bond, painting someone from head to toe is a way to murder them. Which is to say, I fear for this man’s life, in addition to his dignity.

This campaign has drawn a tremendous outpouring of vitriol and scorn plus, as is customary in these troubled times, a chorus of anti-scorners who’ve added insights such as “well, it’s trending” and “everyone is posting about it” and “they probably spent almost nothing on it and look at the talkability it’s received”.

On most days, most of these same people are happy to extol the importance of branding and advertising. They cheer on brands like Nike and Nando’s and Burger King for their ingenious ads and carefully orchestrated design and execution. But give them a cheap stunt that effectively sets a company’s brand on fire and, all of a sudden, none of that seems to matter anymore. Attention, it seems, trumps all (I say that with no limits to its newfound applicability). 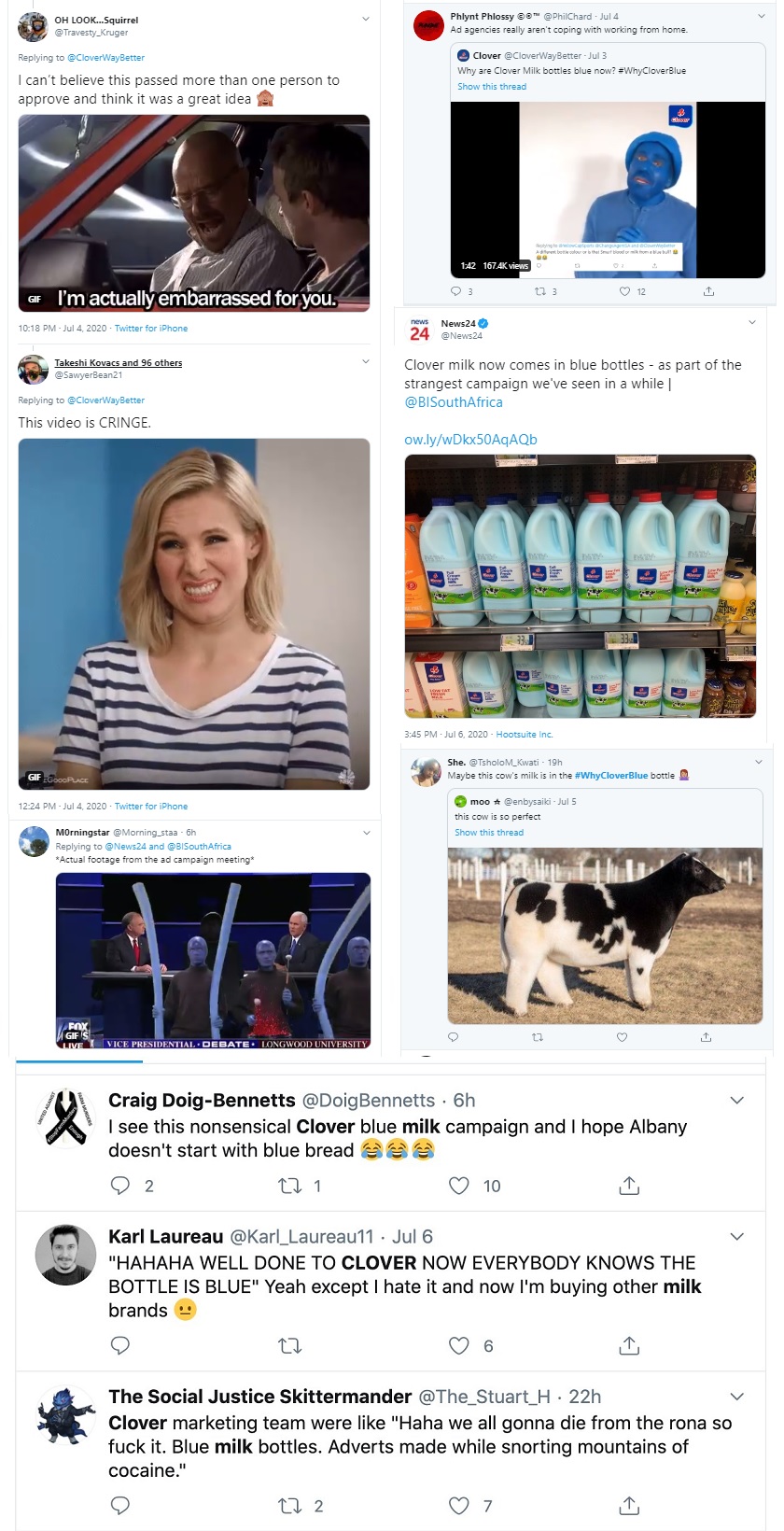 Let’s get a few things straight

First, simply being spoken about is neither an achievement nor a desirable outcome. The covid-19 virus has fantastic talkability, as did the cops who killed George Floyd and the woman who said she’d get AIDS from coming to Africa. Would Clover — or any other brand — enjoy being grouped with that list? The phrase “spreading virally” doesn’t introduce a value judgement on the content that’s spreading. When it’s support for civil rights, it’s a good thing. When it’s anti-vaxxing, it’s not.

Being idiotic, causing a scene and humiliating yourself and your company for the sake of attention is not a solid marketing strategy. There are some exceptions to this rule but not many. And certainly not in the dairy products category.

Secondly, painting someone any colour in a country like South Africa — and, indeed, in a world beset by racial injustice — can’t avoid raising the spectre of “blackface”. Call me a left-wing, over-sensitive snowflake, if you will, but the cloying association of this particular racism isn’t easy to shake off.

Finally, and permit me a moment of rare sanctimony for the advertising industry, if you will: this kind of lazy, unwise, poorly executed and embarrassing work demeans us all. It doubles down on the public perception that advertising is engaged in clumsy deception and, worse, condescension. In its very “popularity”, it pushes purposeful messages off the timeline and gives those, who regard our profession as wasteful, more ammunition. The nuances are obvious to those with an investment in the business. To the average consumer and the CEO who hates marketing anyway, this makes us a laughingstock.

I started by asking “Who am I to judge?” and I’ll end in the same place. People have blamed 5G for the coronavirus and shack dwellers for staging their own evictions, and so I can neither guarantee this nonsense won’t capture the hearts and minds of the average milk drinker and make millions for Clover and its suppliers. Nor that this will turn out to be the genius work of a master brand-builder, and this is just the launch campaign for something truly iconic.

But I seriously doubt it. 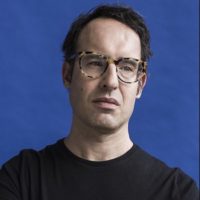 Jarred Cinman (@jarredcinman) is the CEO of VMLY&R South Africa, part of the global VMLY&R network. He founded one of the first professional web services firms in 1995 and, after selling this to the VWV Group, he became part of the founding team of VWV Interactive, which went on to dominate the web development industry during the late 1990s. In 2010, Jarred was part of the team that merged Cambrient into NATIVE, which became NATIVE VML in 2013 and VMLY&R in 2018. Jarred was IAB South Africa chair for three years, is on the Loeries committee, is an ACA and DALRO board member and, in his spare time, answers his email.

2 Responses to “Clover, your advertising is misguided”