by Herman Manson (@marklives) The Odd Number Group and King James Group have big ambitions for Groundswell, their new joint-venture agency announced last week. This is according to James Barty, King James Group co-founder and CEO. With Groundswell, the four co-founders — Xola Nouse, Sibusiso “Sbu” Sitole, Alistair King plus Barty — are recognising the importance of collaboration between independent agencies.

Groundswell is the response of the two independent groups to a need networks are already accessing. Barty points to Liquid, the bespoke agency created by WPP for Distell, as another example of how network agencies are tapping into key resources from various agencies to satisfy key client needs.

In 2015, CEO Nouse and CCO Sitole co-founded The Odd Number, which was recently voted MarkLives #AgencyLeaders2019’s One to Watch in 2020 in South Africa and which sits in the R40m–R50m revenue band; major clients include Game, Panado and Cricket South Africa (for Mzansi Super League). Mid-2018, The Odd Number bought into Hoorah Digital, which in turn has been on the acquisition trail. According to Nouse, his team has found partners in King James “whose business and creative philosophies mirror that of our own — our collective independence and entrepreneurial flair resonates with the clients and markets we serve.” 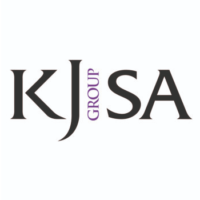 Barty says the new agency, which will be majority black-owned, will soon be appointing a managing director and will make use of key resources in King James and The Odd Number, as per client requirements. It offers a unique opportunity for collaboration, allowing a five-year-old ad agency to draw on the resources and scale of a 23-year-old agency, says Barty, while giving the older one access to young, creative talent. It will house conflict work for both agencies while also offering a vehicle for clients wanting a more-diverse range of talent backed up by scale. Both agencies have strong creative credentials.

According to Barty, he expects brands will find the proposition offered by Groundswell compelling and attractive, given the combination of skills and talent, youth and experience. It might well be used as a vehicle for future acquisitions, or could bring in other independents keen on its collaborative nature. Independents have needed a stronger voice in the South African agency landscape, and Barty believes this agency could be part of the answer.

“We all believe that the future belongs to local, independent agencies that are interested in shaping our country’s creative narrative. We aim to achieve this by finding, nurturing and arming young creative South Africans with the confidence and ability to showcase their work and compete at a global level,” adds Sitole.