by Refilwe Maluleke (@rmaluleke2011) The creative destruction of the access economy is disrupting traditional industries and creating new opportunities. The rent or buy conundrum is one usually faced by prospective home-owners but it is increasingly applicable to entrepreneurs as well.

The traditional model for starting a business involves investing in tangible assets that can be put to work to earn an income for shareholders. However, technology has forever changed this traditional paradigm.

The advent of companies such as Uber, Rent the Runway and Airbnb have shown that it’s no longer necessary to own the assets required to run a business. In fact, in many ways it’s better not to own them. Instead, the real value is in owning the platform that enables you to connect potential consumers with the owners of underused assets.

This concept has come to be known as the access economy [or shared/sharing/rental economy — ed-at-large], a model of collaborative consumption that allows people to rent goods, rather than own them outright. In many ways, this access economy may be described as collective capitalism that allows personal assets to be pooled via an internet-based intermediary platform at competitive prices that match dispersed networks of willing sellers with willing buyers. By connecting idle resources with latent market demand, the owners of those resources are able to monetise assets that were not being fully used.

Airbnb allows everyday people to rent out a room or a portion of their homes to visitors seeking accommodation, thus enabling them to earn an income they would’ve otherwise missed out on. Similarly, services such as Uber and Lyft enable anyone with a car to provide a ride service to people seeking transport. By facilitating convenient transacting between private owners of resources and those who want to use them, the access economy is able to massively boost efficiencies, often resulting in better pricing for consumers than traditional industries.

This is why services like Uber are able to undercut traditional metred taxis. Of course, this raises the question about whether it’s worth owning any assets at all.

Society, particularly millennials and city dwellers, increasingly view access as preferable to ownership, particularly for goods that are only used occasionally. As recently cited in the McKinsey Automotive report, in a world in which cars are not in use 95% of the time on average in urban areas, ownership can be a burden.

One of the most-significant societal drivers of this trend is the rising population densities of major cities. Currently, 54% of the world’s population live in urban areas and that number is expected to rise to 66% by 2050, according to the United Nations Department of Economic and Social Affairs.

This is also driving a shift in social conventions with people no longer viewing ownership of assets as a necessary sign of achievement. For example, even in cities where public transport is unavailable or unreliable, services like Uber are not only allowing people to forfeit owning a car but it’s even becoming fashionable. It’s the perfect example of the market solving a customer need.

A truly innovative example is Eden McCallum, a company that is simultaneously bringing the access economy to the world of consulting while also redefining its business model. It specialises in matching client requests with highly qualified freelance consultants who have the requisite experience and expertise to complete the task. This provides a tailored solution to the client at a highly competitive rate, while the consultant enjoys the freedom and flexibility that comes with being an independent corporate advisor.

Rent the Runway is another access-economy success story. Founded in 2009 as an online service that allowed women to rent designer dresses and accessories for special occasions, instead of having to purchase them, the company has since grown into a fully fledged retail operation, with bricks-and-mortar stores in several major cities across the US and over 6m customers. It has also attracted significant venture capital and was recently valued at US$1bn, giving it coveted ‘unicorn’ status.

This reach of the access economy even extends to financial services. Peer-to-peer (P2P) or social lending allows people to get unsecured personal loans directly from industry peers or interested investors. This effectively cuts out middlemen like banks or financial institutions, resulting in more attractive interest rates for both borrowers and lenders. P2P platforms such as Zopa allow people to get loans for everything, from funding a business to paying for medical bills.

Although the access economy has massively disrupted traditional industries, it’s also attracted a lot of money. The Boston Consulting Group (BCG) estimates that US$23bn in venture capital has been poured into the economy since 2010. Investors are not only drawn to the entrepreneurial agility that these disruptive platforms have engendered but also their hyperscalability.

The power of technology means popular sharing platforms are able to deliver agility at incredible scale as increased demand is added to the system. This plays a significant role in creating concentrated markets, due to the network effects upon which they thrive. A local example of this is Takealot’s expansion into multiple categories including books (Kalahari), food (Mr D Food) and clothing (Superbalist).

With the access economy expected to grow to around US$335bn by 2025 according to The Current and Future State of the Sharing Economy, we may expect a lot more investment to pour into fledgling platforms. That creates both opportunities and challenges for players looking to either ride, or avoid, this coming wave of creative destruction. 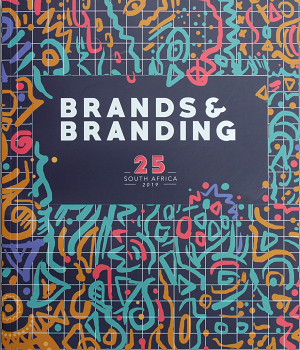 Refilwe Maluleke (@rmaluleke2011) is managing director of Yellowwood, the strategy consultancy which is part of TBWA\ South Africa. She is a classically trained marketer with varied experience across sub-saharan Africa, a proven track-record of delivery across multiple brands, and strong relationships with some of the best marketers and agencies in South Africa. Refilwe has a business science degree with an honours in marketing from the University of Cape Town, and recently completed her MBA at Cass Business School in London.