by Warren Moss (@warrenmoss) There’s a real culture of fear among specialist agencies that, if they raise an unpopular point with a client that contradicts the lead agency, they’ll be written out of the strategy, with obvious consequences for their business — especially on a large account.

Recently, I was sitting in a classic “annual marketing plans” presentation with a client as one of a group of specialist agencies (digital, B2B, media, digital media and PR) which were there as part of a presentation by the lead agency (creative) on the client’s new annual campaign. The client is the B2B part of a major South African monolithic brand that focuses its marketing communications on B2C. What fascinated me was that the lead agency, which has tremendous experience and expertise in classic ATL advertising, had assigned north of 30% of the client’s annual budget to the production and flighting of a TVC.

It had all the research in the world to back up why the client should be focusing on brand awareness and why TV is the right medium to help it do that.

At the end of the presentation, the chief executive (not the head of marketing, who interestingly enough supported the lead agency’s recommendations) commented that she wondered whether the target market (CEOs, MDs, CFOs, FDs etc) would be 1) watching enough TV to justify a TVC and 2) influenced enough by TVC, given that the purchasing decision was a long and complex one. She admitted it didn’t research to back up the question — it was more intuitive than anything — but asked the opinions of all the agencies in the room. Would it make sense to commit over a third of marketing spend to TV?

The response was telling of the power dynamics at play, with the lead strategy having been drawn up by the lead creative agency. Not one of the specialist agencies (me included) were able to respond with what was the obvious answer in the room, for fear of jeopardising our role in the project under the lead; there’s an inherent conflict between doing what’s right for the client and doing what’s right for our business.

The silence left the lead agency to present its defence — which was flimsy, at best — and the head of marketing to support its reasoning, since the strategy had already been signed off. It was a face-saving exercise that points to a bigger problem in the South African marketing industry — being politically correct, playing along and doing what’s expected aren’t necessarily in the client’s best interest. The only entity which benefitted from the lack of debate around the topic was the lead agency, which will be able to do what it’s good at and earn a handsome fee — while the client is left with a strategy that could ultimately see a third of its B2B marketing budget for the year being ineffective, with more impactful alternatives left out of the strategy because of fear.

I asked myself whether the R25m committed to the TVC could be better spent — and the answer is “yes”.

If the brand allocated a budget of R10 000 per client to acquire new clients, it could, at an absolute minimum, land 2 500 new clients. Sure, it’ll most likely win some new business on the back of its TVC — but will that number get anywhere close to 2 500 specifically targeted clients, who could’ve been reached, engaged and most likely converted if the spend were better allocated? I bet not even close to 100 will be closed.

The experience has been an interesting one for me: an example of the best and worst of how agencies and brands work together. Instead of working in a space of fear, an agency’s role should be to provide the right counsel to clients.

The lead agency got its way but it’s a short-term win. If the campaign fails, it’ll be found out and the specialist agencies will either find themselves tarred with the same brush, or if they’re bold enough, be given the chance to make inroads into the client on the back of the failure of another agency. That’s unhealthy and unsustainable in a small industry.

The solution is creating a space where it’s OK to disagree — to sit in front of the client as cluster of agencies and not pretend to have a united front. Each agency should be free to state its case on the back of its own experience and balanced research, and encourage the client to make the final decision. It’s the client’s money and brand, after all.

Will the huge spend increase brand awareness? Possibly. Will external people be able to tell the chief executive that they saw the TV ads? Sure. Will anyone feel like it’s working? Probably, because of the visibility delivered by the media spend. Does it translate to the bottom line, though? Will that client see a return in excess of the spend, on its bottom line? Will the client see any acceptable return? I’d argue that it won’t, which is effectively robbing from its own coffers. 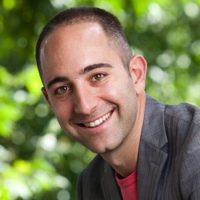 Warren Moss (@warrenmoss) is the CEO and founder of Demographica, a multi-award winning full service agency that specialises in the B2B category. He has been chair of both the Direct Marketing Association of South Africa (DMASA) and the Assegai Integrated Marketing Awards (Assegais), as well as the only African to judge the B2 Awards, which recognise the top performing B2B marketers in the world. Warren contributes the monthly “Thinking B2B” column, which looks at the latest trends in B2B communications and explains why it is fundamentally different from B2C comms.