MarkLives (@marklives) is running two extracts from a recent Yellowwood paper, “Africa’s Opportunity in the Future World of Work”, over the next couple of weeks. Here’s the second, “Africa culturally predisposed to acquiring skills relevant to the future world of work”. 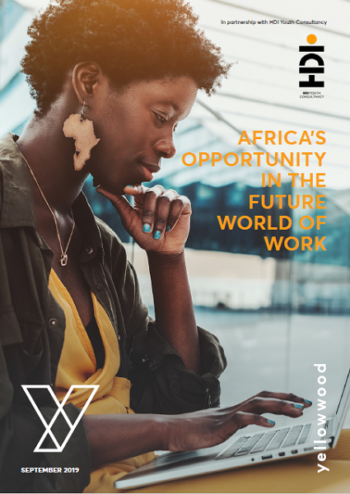 by Amanda Murray & Nokuthula Radebe (@askYellowwood) Africa’s rich diversity dividend and existing informal economic structure and skills acquisition processes closely match those of the emerging global gig economy. In contrast to much of the current narrative speaking to Africa’s ill-preparedness for the fourth industrial revolution [4IR], the continent’s existing cultural predisposition presents Africa with an opportunity to leapfrog directly, and independently, into the future world of work.

Africa currently only leverages 55% of its human capital effectively, compared with a global average of 65%. With the World Economic Forum (WEF) predicting that approximately 15–20m increasingly well-educated Africans will enter the workforce annually for the next three decades, in the current narrative Africa looks challenged to effectively leverage its human resources for growth and inclusion.

We present a different view.

We also assert that Africa’s established, and highly informal, culture of skills acquisition is equally well-suited to the rapid and remote acquisition of skills. In this sense, contrary to current narratives, the fourth industrial revolution has the potential to play out advantageously for the people of Africa from a skills-acquisition perspective.

Industries, and increasingly professions too, are today much more fluid. The relevance of a four-year degree spent acquiring specific information, is, for example, increasingly questioned. In the age of the internet, an unimagined amount of information is readily and instantly available to anyone with even a simple hand-held device. As such, the skills required in the fourth industrial revolution are less likely to focus on the acquisition and retention of information or knowledge. Instead, skills enabling the finding, assessing and application of readily available information are likely to become more relevant.

This assertion is supported by a recent WEF report predicting that, in future, people will need complex problem-solving, critical-thinking and people-management skills. These skills are far more suited to the creativity, consensus-building, judgement and decision-making expertise required in tomorrow’s heavily service-oriented economy. Navigating this future economy successfully is expected to require advanced negotiation ability, supported by emotional intelligence and cognitive flexibility.

Despite the very different skills sets required in the future world of work, formal education systems around the world have hardly changed in the last 40 years. Adequately preparing people for this future world will significantly alter what — as well as how — we currently learn. In Switzerland, for example, approximately 70% of high school graduates don’t enter universities. Instead, the majority of learners complete an apprenticeship to gain the skills required in particular fields.

While adapting the world’s very-established education systems is likely to be a disruptive process, Africans already learn in much more informal, social, multicultural and diversity-rich environments. This means that Africa is already culturally predisposed to acquiring many of the more ‘human’ skills required in the fourth industrial revolution.

A contributor to our report, for example, asserts that in Africa the curriculum covered in most traditional subjects is outdated and has ‘stains’ of colonisation. In relooking education from an African perspective, the continent perhaps has an opportunity to leapfrog many of its increasingly irrelevant inherited educational structures, developing instead much more creative and entrepreneurial skills sets more-suited to the future world of work.

From this perspective there is a clear opportunity for both governments and businesses in Africa to help address the continent’s skills deficit. By investing in digitally accessible micro-learning platforms and programs that quickly close skills gaps, build capability and provide shorter pathways into the job market, Africa can shift the burden of education from the state, enabling every business and every person to participate in developing skills.

In short, technology presents Africans with an opportunity to quickly develop the skills sets to operate in an expanding global gig economy for which Africa is already culturally well adapted to navigate.

Across Africa, people are increasingly aware of the changing nature and structure of work. Significantly, this is happening on a continent culturally at home with operating in a highly decentralised informal economy, closely matching the emerging global gig economy. There is also a growing recognition, especially amongst African youth, that the kinds of skills provided by Africa’s existing educational systems are not adequate for tomorrow’s work environment. Significantly, this realisation is matched by a confidence that these skills can be acquired independently online by a generation of digitally literate, and highly connected, young Africans.

Contrary to current assertions that Africa is ill-adapted for the fourth industrial revolution, combined, these trends in fact equip Africa to effectively leverage its existing human resources for higher growth and broader inclusion in the future world of work. 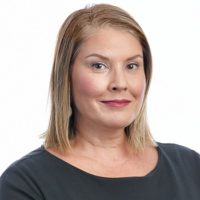 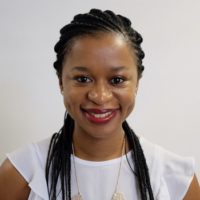 The above is an extract from the research report, “Africa’s Opportunity in the Future World of Work”, by Yellowwood’s strategy director, Amanda Murray, and marketing mananger, Nokuthula Radebe, published in September 2019. Focusing on Africa, it contends that the fourth industrial revolution offers the continent an opportunity to leapfrog many of the developmental, skills acquisition and infrastructural hurdles that have been contributing factors in limiting the progression of Africa. It also considers how the world of work is likely to change and addresses some of the potential implications for businesses and the people they employ. Download the full report here (registration required). “Extracts” is a MarkLives column featuring excerpts from books and research relevant to advertising, marketing and related industries.