2020 & beyond is the era of the black-owned agency

by Zibusiso Mkhwanazi (@Zibusiso) Last week, I read Jarred Cinman’s 2020 trends piece here on MarkLives, #BigQ2020: The future is here, and I would like to expand on his views, which I fully agree with.

What a difficult year 2019 was for what seems to have been a majority of ad agencies in South Africa. The International Monetary Fund (IMF) has cut SA’s GDP growth prospects for 2020, from 1.1% to 0.8%. This in turn means that, when there’s little growth, marketing budgets are in the front of the chopping queue. This isn’t good news for SA agencies: our industry will continue to be under tremendous pressure in 2020 as our clients continue to want more for less and seek more efficiency in how money is spent.

The economy has resulted in many brands rethinking the targeting of their goods and services to find new growth prospects, as their traditional markets are under pressure. One emerging trend is that brands are looking for growth among the 80% of SA: the main market. Brands such as Capitec, whose growth largely is main-market based, and challenger brands such as TymeBank, which recently reached 1m new accounts in eight months, are examples of the types of growth rates in the main market.

Change on the horizon

In 2019, we were shortlisted for the Standard Bank pitch, which went to a well-deserved M&C Saatchi Abel in the end. Making the shortlist for a black-owned agency was something short of a miracle, however, that has given clients more confidence in the ability of black-owned agencies.

The reason that we went that far is because the pitch wasn’t run by pitch consultants (which would ordinarily be the case) but jointly by marketing and procurement. This is a big indicator that zajika izinto (“things are turning”) for black-owned agencies (and, indeed, we won our largest piece of business in the previous year). This just opens more opportunities for black-owned agencies because brands now see what we’re capable of.

It’s true that the black-owned agencies’ USP is the ownership structure but the unique culture in these agencies is bigger than the USP, which resonates with the main market. Some of the work that black-owned agencies are able to produce would simply not make it past the finish line in some globally owned counterparts, simply because the culture, creative ethos and lack of diversity at senior level won’t allow it.

In the case of untransformed agencies, the diversity of people is only part of the equation but, if you don’t have the culture right, the outputs won’t be the same. It took Eminem as a white male to live among African Americans, eating with them, hanging out with them to get the African-American culture right; in essence, it was a lifetime. The outputs of his creative —being music in this case —reflect how hip-hop isn’t just music to him but in his blood. Alternatively, if one doesn’t understand the culture, it’s as awkward as a recent Donald Trump campaign t-shirt with “Black Voices for Trump”. I’m pretty certain that Trump has black people in his presidential campaign team but the question is: Does the culture in the team allow their views to be taken seriously?

This is the phenomenon that many agencies still deal with today and these are the hoops they must be willing to jump through to get the culture right and also benefit from the growth of the main market. Failing that, they and their clients will be severely punished by Black Twitter.

There are less than a handful of black-owned agencies that can take on very large and complex accounts; however, demand is growing faster than supply. This is why I foresee more mergers and acquisitions between black-owned agencies to achieve the scale that clients need, as well as to avoid conflict work. Consolidation also means survival for many agencies. 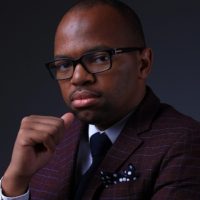 Zibusiso Mkhwanazi (@Zibusiso) is the co-founder of Avatar and the group CEO Of M&N Brands. He is a World Economic Forum Leader and was announced as a finalist in the EY World Entrepreneur Awards 2018.