Media Redefined: News(papers) are back!

by Martin MacGregor (@MartMacG) As expected forever, the future of newspapers has nothing to do with paper; it has to do with the world’s biggest digital platform deciding to behave like a newspaper.

The launch of Facebook News is a remarkable development for two reasons. First, it’s an admission that artificial intelligence (AI) isn’t the answer to everything; Facebook has hired actual humans as editors to curate articles from the best journalists and publications in the world. Secondly, it’s an admission that the news bubble created from only friends and family in News Feed maybe isn’t a good thing.

The good news for newspapers is that it finally creates a revenue stream for their content outside of a paywall and the crumbs from advertising: Facebook will pay the publications for the articles it uses.

Facebook News is being trialled in the US and all the serious publications, such as The Wall Street Journal, The Washington Post and The New York Times, have jumped at it. It’s partnering with local news publications to ensure more highly relevant local news, too. Video news is also a key component and publishers, from CBS to Fox News, are also on board.

The sooner, the better

The sooner it comes to South Africa, the better. Publishers and journalists here need as may revenue streams as possible.

News is a funny thing. Trying to predict what news people will be interested in is difficult. Historically, the decision-making power for which news was given prominence lay with the editors. Then, with rise of digital and the overemphasis on measurement, it was suddenly left to the readers to decide. The result has been a race to the bottom and the lowest-common denominator of click-bait headlines — plus a lot of fake news.

This decision shifts the power back to the news professionals to deliver a product that will (hopefully) be fact-based, informative and credible.

What does this mean for advertisers?

There’s been a lot of unease over the content in which brands have been appearing. The programmatic buy looked efficient and effective in theory but, by essentially ceding control of environment, brands more than often popped up in all the wrong places. Facebook News can now offer a premium environment, where the chances of a properly engaged reader is much more likely.

This feels like the way newspapers used to sell to advertisers. Which is exactly the point. We have come full circle and the evolution of the newspaper is complete. Without the paper, of course. 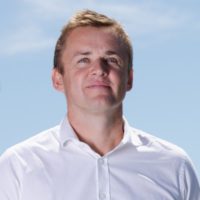