by Laurent Marty. Is it better for us to tell our clients what they want to hear, or is it better to tell them what we really think?

Recently on Netflix there’s been a riveting account of the 1996 Chernobyl nuclear disaster. Beyond the chilling sequence of events that led to it, there’s one aspect of the story that’s particularly revealing about organisational failure: how internal politics, a climate of corporate fear and an all-pervasive ideology had prevented perfectly competent people from making the right calls.

On this fateful night in 1986, the Chernobyl engineers were told to conduct a safety test but, because of an earlier delay, the reactor power had dropped too low for the test to be safely carried out. However, in the relentless pursuit of top-down targets and promotions, senior management at the plant was eager to complete the test by any means necessary. For the same reasons, nobody in the control room knew there was a fatal flaw in the design of the control rods, because it had been deliberately kept from them. Later, the town failed to be evacuated because the people in charge were too afraid to reveal the full extent of the catastrophe to their hierarchy.

Subsequently, fingers were pointed and individual blame was identified — but the truth of the matter is that the problem was an organisational and cultural one. A few years later, the whole Soviet system crashed, not so much because of a romantic uprising of the people but, more crassly, because the organisational fabric of society had reached a level of systemic failure.

Over the course of my career in both the corporate and advertising worlds, I’ve often witnessed the damaging impact of, if not internal corporate politics, especially closed-off systems, where no one inside the system is able to provide a sense check, some degree of perspective or, worse, doesn’t feel allowed to introduce a dissenting point of view. Not only does it foster fear and disgruntlement among employees, it can seriously cloud judgement and lead to some poor collective decision-making. In the business world, the emperor is too often parading in the raw, whether it be managers at fault or, simply, bad ideas.

Thus, advertising practitioners are often faced with the question:

Generally speaking, a whole array of questions emerges from this line of questioning:

These seemingly innocuous questions, ones which we are is faced with almost every day, is perhaps the most-important existential question advertising practitioners are confronted with, which will define their whole makeup as a professional. And not just the advertising person — the corporate climber, the artist, the architect.

These questions are so fundamental that they are at the heart of Ayn Rand’s The Fountainhead, a book that is opposing two world views, embodied by two architects, Howard Roark and Peter Keating. The former represents the uncompromising search for truth, and the latter stands for the personal and social compromises that seem to characterise the workings of the business world. Although Rand had made a philosophical case for a Roarkian attitude, I’ve never met a Roark in the real world who hasn’t been swiftly and permanently expelled from the system.

On a practical level, the jury is out as to what the winning strategy is (at least at face value): too many careers have been built on embracing and even championing the prevailing corporate ideology. Too many successes have been reaped on the back of an obedient workforce, on ‘culture’ being ‘cult’. Too many fights have been won on listening and ‘being kind, rather than right’. Abiding by the rules, consenting, compromising, knowing who to placate, cajole, that is perhaps what human relationships are all about, if only for the reason that it fosters a great deal of flow in human affairs.

An agency’s strategy that once pitched against us had apparently perused every single utterance from the CEO and proceeded to name-drop and quote him wherever it could. It won. Aye, therein lies the rub. Today, said corporation is in trouble, partially because of the well-documented culture of fear that had been fostered internally.

It’s fair to say that, over the years, we have lost pitches because of overly challenging views. A degree of naivety on our part? A different way to look at it is that we should work with corporations and people who value independent thinking as much as we do. A client deserves the agency it chooses and vice versa. But that would reduce the question to one of cultural match.

The truth is much more damaging than that: an agency can’t add value to its clients if its independence of thinking is not valued above all else.

Don’t hire an agency because it will simply do what you want it to do. Hire an agency precisely because it is an independent thinker, and because it has beliefs it’s willing to fight for. Hire an agency for its passion. It’s not that it’s right, by no means; it’s about the ability to enrich the debate, provide perspective, a sense check and, as a result, improve business or marketing decisions.

In the real world, sometimes it might make sense for an obedient workforce, for employees who suspend their disbelief to create internal and external flow but, even in those times, if there’s only one person in the boardroom clients should allow some degree of intellectual freedom, let it be their agency partner, for almost the only reason that it’s outside their system.

As for me, I’m not a Roark. Yet neither am I a Keating. I believe in sincerity, because I believe success is predicated on the basic search for truth. Fooling oneself must be the sure path to failure, to Chernobylian-type of occurrences. Does it mean that I don’t see the value in compromise? No. I’ve learnt (sometimes the hard way) the value of creating flow in human relationships, the value of suspending my disbelief, of playing along, of consenting to things I didn’t necessarily agree with in my heart of hearts.

So, how do I deal with this constant dilemma? My basic attitude over the years has been to pick my battles. I’m willing to fight, more than anyone, for things I deem to be critical to the success of any venture, and give in to things that aren’t so much. Pragmatism in business — and in human affairs, in general — is arguably the most powerful compass to navigate the fine line between ideology and dissension, between culture and cult. 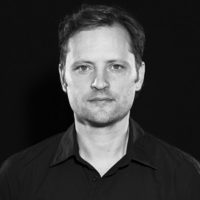 Laurent Marty heads up the strategic department at Joe Public United as chief strategic officer and has been successfully building brands for close on 25 years. Having spent a large part of his career as the marketing manager for Renault South Africa, 1998–2005, it was only in 2006 that Laurent joined the Joe Public family with Gareth Leck and Pepe Marais to build the agency’s group strategic offering.