The Power Report: Remember who pays your salary

by Megan Power (@Power_Report) The concept of being accountable to the people that pay you isn’t lost only on uncooperative civil servants — dismissal of the very people who keep things afloat is as prevalent in business as in government. Just ask anyone with a bank account, car insurance, or a cellphone.

It’s easy to think of a “customer” as the stereotype: the cash-strapped shopper at the checkout till, the disgruntled restaurant patron with a fly in their soup. And, because consumers have various labels in different industries — clients, guests and parents to patients, parents and members — we tend to forget they are first and foremost customers who simply don’t want a fly in their soup. Or in their ointment.

A healthcare company, operating in a particularly complex and cutthroat sector, uses the term “customer” to refer to all its B2B clients (in both government and private sectors). It comes from a deep-rooted respect for, and understanding of, the people they take money from. Here, customers are not a just a significant part of the business; they’re everything to the business. This recognition fuels an internal culture of excellence, of respect and accountability, and it becomes a two-way street. Pretty obvious stuff.

Clearly not. There’s seldom a day that passes when some public or private organisation selling a product, service or idea leaves you in no doubt that it just doesn’t get it. Social media means the blunders potentially reach millions.

A recent gem came from a social media exchange between British low-cost airline easyJet and one of its customers. The passenger posted a pic on Twitter of a fellow passenger sitting awkwardly before takeoff on a seat that was missing its back. This quickly went viral, more so when EasyJet’s immediate response was to ask the complaining customer to take the picture down. 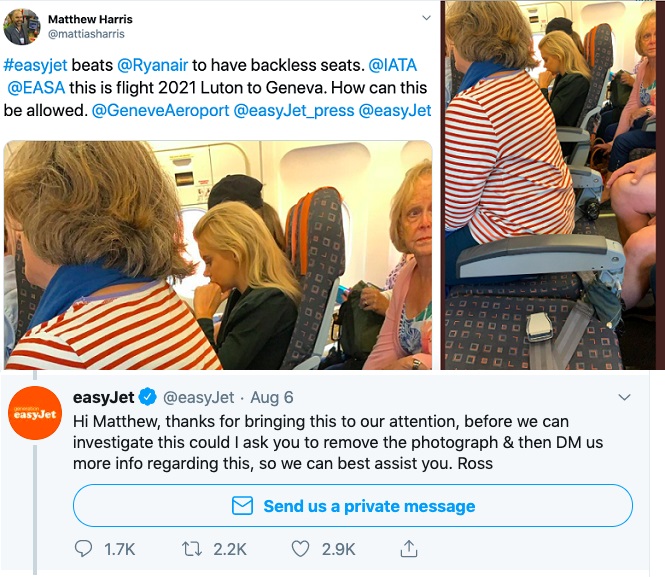 Not surprisingly, furious Twitter followers responded by deliberately reposting the image; the original tweet got 50 000 likes and 24 000 retweets. It was a rookie mistake by the airline, and one which was ‘fixed’ by another EasyJet staffer very speedily. The second agent took over the ‘conversation’ and offering a far more conciliatory tone, later confirming that the seats had been inoperative awaiting repair and that no passenger had actually used them.

Closer to home was the Department of Basic Education spokesman’s ill-considered tweets in August 2019 to promote the Read to Lead campaign that couldn’t have been more out of touch with its customer base if it’d tried. Accusations of misogyny aside, the pictures of semi-naked women were totally off-brand. After the expected outcry, the minister distanced herself from the posts and the spokesman apologised.

Then there are the customer service agents who appear to have no clue that they’re employed to serve. A colleague recently sent a basic query via Facebook Messenger to fashion retailer Cotton On: “Hello! Do Rosebank Mall and Sandton City branches stock maternity wear, please?”

She received an astonishing (albeit too common) response: “Thanks for contacting us. We do stock maternity wear and it can be found online and in some stores. Unfortunately, we do not have a list of the stores that stock maternity wear, therefore, it would be best to get in touch with the stores near to you to check if they stock it. Thanks.”

Not long after, this same colleague contacted a property auction house in Johannesburg, also via Facebook Messenger, after she spotted a gardener watering the verge at one of the offices during Level 1 water restrictions. The response? “Thanks, we will advise the gardener. Would you mind letting us know when restriction is over pls?”

Then there was the Amazon agent I was ‘chatting’ with online, who told me to contact the seller myself to answer my query. I had to remind her that it was her job to do that on my behalf.

The disconnect over the concept of “customer” is often more glaring where a service, instead of a product, is offered. Think fee-paying schools. With increased competition in the race for bums-on-seats in a tight economy, certainly more and more independent schools are beefing up their marketing efforts and realising that parents need to be courted. They’re mothers and fathers, for sure but, when they’re forking out thousands a year for a top-notch education, they become very special customers who deserve respect. Treating them casually is a big mistake.

When the bells and whistles fade and the slick taglines get tired, it’s the focus on customer wants that ultimately grows a business and builds its culture. It’s about remembering who pays the salary. 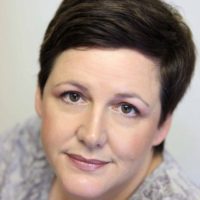