by Sabrina Forbes. By finding the soul of the brand and co-creating truly authentic stories with their clients — that speak to South Africans in a South African way — is where Wayne Flemming (@wayne_flemming) and Zubeida “Bibi” Goolam believe their three-year-old agency, BRANDTRUTH//DGTL, stands out. 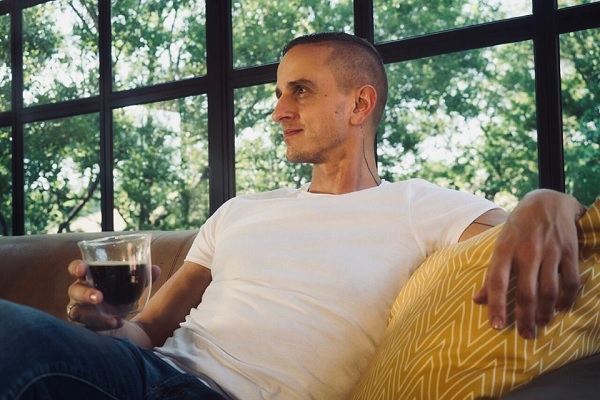 “It’s been a long time coming for South Africans to really start telling their own stories properly,” says Wayne Flemming, co-founder and managing partner of the integrated content agency which currently has 12 active clients and 23 team members.

From a creative perspective, cofounder and creative partner Goolam believes that people have been telling stories without understanding why people do the things they do, for far too long.

According to Flemming, the whole business premise is to make people feel through stories, regardless of where they apply it in the digital and social world, or through third-party publisher channels. Sometimes, what is needed is more storytelling to drive engagement and awareness and, other times, it’s story-selling because, ultimately, every business needs to make money, he adds.

The quirky “tag-team” duo have been colleagues and friends since meeting at Ogilvy Cape Town in 2005. From the start, they knew that they’d someday create a business together but it took 10 years of getting as much experience as possible. Flemming eventually took the leap in 2015, with Goolam following soon after.

The agency started as a one-person band. For Flemming, it was a scary experience, recalling that, although it was a calculated jump from a high-powered, big-agency position with a guaranteed generous monthly salary, he remembers not being 100% sure of where he was going with his plan. Like most entrepreneurs forging into the unknown, he first approached his network to secure initial clients and believes that the success of industry relationships he and Goolam both held helped the two leapfrog, accelerate and scale very quickly. Both really wanted to create a new culture in the agency space, a family where people may grow and explore themselves with the support of a likeminded team. They also asked themselves how they could build new leaders in an industry that has become stale, deciding to build a boutique, niche space in which their people can thrive.

FNB has been with them from the start, a personal and professional relationship spanning almost a decade. The first piece of work required a two-day turnaround and the two met this deadline. “I think what’s amazing from FNB, specifically, is that we’ve managed to expand the business quite drastically in terms of the different business units within FNB. It went from brand, to retail, to sponsorship, and now business and eBucks. It’s a good upsell/cross-sell case study,” says Goolam.

“We’re very grateful for FNB that they believed in us to actually support us through the growth —not just because of our culture but also because of the quality work and the new ideas and the thinking which allowed us to expand and be one of the primary agencies in their structure which operates within their business. This also gave us credibility in the marketplace so, if you do work for FNB, they’re known for excellence in digital marketing and the way they approach it and we believe it’s because of that it opened other doors for us as well,” adds Flemming.

Client wins in the past 12 months include PackLeader (distributors of Acana And Origin pet food), SuperSport, Sony Mobile, and RMB Private Bank.

While he says they’ve always approached and managed their business as if it were a lot bigger than it is, 2018 and 2019, specifically, have been a time of growth and scale. With that comes the need to solidify the business in terms of systems, process, and corporate governance. “[F]or us, the learning from last year was deepening the process to the point where it’s almost automated so that our people that focus on the things that they love, whether it’s a creative or the strategic guys or the consulting guys,” he says. “They can really do what they love and the process is underlined and just runs and ticks.”

Both admit that, even though you may think you know a lot, it’s really only when you start to run your own business that you realise you don’t know that much. Big-agency infrastructure and support is very different from the life of an entrepreneur having to wear more hats than usual. In terms of systems and what actually works for them, the two have found themselves moving from one to the other frequently while still in the figuring-out process. Goolam believes an agile mindset is important, while Flemming adds that “[s]ometimes you’ve got to let go to grow. And I think that was one of our big learnings. Don’t hold on. Whether it’s a specific tool or process, acknowledge that it’s not working, move on, get the next one and test it out.”

When it comes to staff and client acquisition, they believe they have a good sense and gut feel for who they want to work with. Emplotees must have excitement for what they do but also passions outside of work; clients must believe in creating partnerships vs one-sided relationships. “We’re very clear about the people pillar in our business and how we recruit, what our criteria are, and how we find them. The learning here has been just pause and breathe and don’t just appoint because, as entrepreneurs, both Zubeida and I love to move fast but that’s where you can burn your fingers,” says Flemming, adding that some client relationships won’t work, either regardless of how much you want (or need) the business.

According to Goolam, you soon learn that you don’t do good work for clients you don’t like — you don’t see each other as partners and, ultimately, it doesn’t work. At times, they’ve had to assess how a client had been affecting their people and make the call sooner rather than later. As a team, they look to see which clients fit in with their client-centric mission: as much as the client chooses you, you have to choose the client, too. Not everybody is going to like you, and that’s ok.