Outrage at #OUTsurance — a turning point for adland

by Monalisa Zwambila (@monalisa_zwam) How does an organisation such as OUTsurance create a Father’s Day ad celebrating nearly exclusively white fathers? Surely somebody in the organisation should have noticed that it wasn’t representative of all South Africans? How does it then apologise for producing the ad by saying that it didn’t “appropriately represent” South Africa’s demographics, and was an “unintentional oversight” on its part?

We apologise for our Father's Day video. It did not appropriately represent SA's demographics. It was an unintentional oversight.

The truth is “unintentional oversight” happens when your brand custodians themselves aren’t “representative of SA’s demographics” and have little understanding of, or insight into, the SA demographic they are supposed to represent! So for OUTsurance to plead “unintentional oversight” in response to the outrage on Twitter, when it deliberately chose the agencies and creative teams that worked on the ad, is inexcusable.

Continue to be plagued

Unfortunately, for as long as we don’t change and transform our advertising industry, we will continue to be plagued by adverts that don’t tell compelling South African stories. And, as brands seek to become more relevant to consumers beyond the products and services they provide, it goes without saying that the starting point for this is insights into the market that you want to represent.

For OUTsurance, this should have been the case on a day as significant as Father’s Day. Instead, it missed the opportunity to leverage the spate of topical issues that have dominated headlines and to find a human truth that all fathers, mothers and children would connect with and relate to. It chose a different direction, one that sought to speak to a select few — with disastrous results — all of which were “unintentional”.

The OUTsurance Father’s Day debacle brings to the fore the need to lobby more aggressively for black representation in the curation of commercials and the creation of content. Corporate SA has to begin to see the value of working with black agencies, and see this value beyond a tick on its BEE scorecard.

In closing, let us remember that OUTsurance was once known for radically transforming the insurance sector with bold innovations that changed the game. It would be great to see OUTsurance OUTperform its competitors once again and use this incident as a turning point to lead the charge in changing the narrative on broadcast and digital platforms — to one that is representative of all South Africans.

But ke it's Outsurance of the years of blackface infomercials so… pic.twitter.com/h2jpWZfeY1

I see @OUTsurance has deleted its controversial advert. Where is the explanation? pic.twitter.com/P7lk8PIH40

Told you'll a long time ago about @OUTsurance. This is how they see you!!! This is the only way they see us! pic.twitter.com/sQZikAqt9a

Hey look! That's me and my father! I think we make a cool advert, what do you think @OUTsurance? #FathersDay pic.twitter.com/IDEBQ6KTRv

Dear @OUTsurance… something to this effect. Yes? No? Okay… #FathersDay pic.twitter.com/0S0u0GhMIh 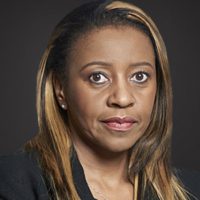 Monalisa Sibongile Zwambila (@monalisa_zwam) is the founder and CEO of Riverbed, a 10-year-old full-service black-female-owned and -managed creative agency. She is passionate about the role the agency plays in transforming the sector and enjoys speaking on industry-related matters and leadership.