by Tom Fels (@thomasfels) Politics and religion have long been sensitive territories for any brand to play in, although they have provided plenty of topical ammunition for brands such as Nando’s, whose consumers have come to expect to be the tongue-in-cheek voice of the people.

With Brexit and Donald Trump’s recent populist victory in the US, it seems that the collision of politics and religion in legislative policymaking has compelled many more brands to take a stand against the resulting discriminatory and divisive outcomes. In doing so, they are changing the communication rhetoric around the world. Our collective consciousness has shifted the advertising focus from individual beauty, individual performance and individual success to the virtues of equality and togetherness over ‘stories of one’.

Within days of the signing of Trump’s first immigration enforcement order, which restricts movement of people from several predominantly Muslim countries, Olympic gold medallist (and US immigrant) Mo Farah said, “The Queen made me a knight; Trump made me an alien.”

Nike CEO, Mark Parker, responded promptly by issuing a letter to his employees, stating that “[t]his is a policy we don’t support.” He further urged that “[n]ow, more than ever, let’s stand up for our values and remain open and inclusive as a brand and a company. We are at our best when we recognise the value of our diverse community.”

Shortly after, Nike released a star-studded manifesto film called Equality, depicting how the values of sportsmanship should extend beyond the field of play.

In the wake of Trump’s executive order, several global brand leaders clamoured to make their stance known. Google set up a US$4m crisis fund to help employees and other people affected by the policy; Airbnb offered free accommodation to people left stranded by the ban; Microsoft sent a letter to its employees offering legal assistance to those affected; and Mark Zuckerberg, the chief executive of Facebook, said that he was “concerned about the impact of the recent executive orders signed by President Trump”. Uber founder, Travis Kalanick, stepped down from Trump’s business advisory council (after the CEO of competitor Lyft announced that it would be donating US$1m over the next four years to the ACLU to “defend our constitution”); and Starbucks committed to hiring 10 000 refugees over the next five years.

David LaChapelle added his talents and voice by creating a colourful film for Diesel entitled “Make Love Not Walls” — a literal and figurative outcry against the recent policymaking and proposed wall between the US and Mexico, which features, among other things, a rainbow-coloured tank and same-sex kissing. The tank will tour London, Milan, Shanghai, Tokyo and New York with the hope of spreading the message of global togetherness.

I wrote recently about the compelling need for South African brands to be active citizens, rather than bystanders to the political and social upheaval of the country. There is a great deal that we can learn from the decisive and relevant action taken by these predominantly US-headquartered businesses in the face of an attack on their people’s freedoms (both employees and customers).

This is now the most-pressing opportunity for marketers the world over — to speak truth to power and greed, and champion the interests of the people for a greater society.

PS Momentum continues to build around this rhetoric, as recent Oscars’ primetime advertising confirmed. This Cadillac commercial is yet another manifesto for the times and premiered during the show… 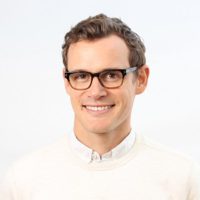 With over a decade of local and international experience in leading brand consulting, design, shopper marketing and integrated advertising roles, Tom Fels (@thomasfels) has gained a deeply relevant understanding of the dynamics of agencies. His skills are put to work daily as group managing director of Publicis Machine. He contributes the monthly “Ad Exec” column to MarkLives.