by Jason Njoku (@JasonNjoku) Below are some musings of an entrepreneur who tends to err on the side of negativity. However, I’m an eternal optimist, really, when it comes to doing business in Nigeria. The continent keeps me alive, and doing business elsewhere in the world now feels sterile, compared to the hustle of Nigeria.

If you don’t have family connections or wealth — if you’re just a regular person, with a killer idea, it’s difficult to gain momentum and set up shop in Nigeria when you have to find up to two years’ rent for your office space, internet costs are disproportionately high in the country (although vary across Africa) and other business ‘expenses’ means it’s super-costly just to get started. Credit as we know it still doesn’t really exist in Nigeria, so starting up is your first major hurdle.

If you manage to start the ball rolling, you’ve started your preparation for the turbulence of startup life. Well done.

Nigerians — maybe Africans, in general — don’t really discuss failure. It’s not in our nature. It’s a taboo subject. People will flaunt successes and shun failures; this is something I’ve tried to overcome personally, and professionally. I even dedicated my 2014 TEDx talk to the subject of failure.

If we are really, genuinely, going to incubate an entrepreneurial start up mentality on the continent, then we need to accept and discuss openly that most startups fail. And that’s ok — no-one wants to fail; that would be madness. But once we embrace and learn from and pick ourselves up from failure, we can move on and apply our nervous energy to a new enterprise.

Once we’re able to dust off the shackles that hold us back when it comes to failure, we’ll all be in a better position to build big for the future.

3. Swagger and the problems of perception vs reality

We need to dispel the myth of startup swagger. Those who spy into our little startup world from afar assume that, once you’ve had a couple of column inches, then you’ve ‘made it’ and your days are spent overseeing your empire, quaffing champagne and attending networking events, conferences and the like. There’s a real lack of understanding of the brutalities of setting up your own business in an emerging market. In any market, really, but the goal posts are wider, higher and more expansive in emerging markets.

But among Nigerians, generally, there’s an expectation of what you should be wearing, where you should be seen and how you should be spending your wealth. It’s a cultural thing. However, the entrepreneurs that I know, who are toiling and hustling and putting their health on the line in order to make payroll each month, care nothing for these fripperies. They don’t have tassled loafers or a monochrome shirt and aren’t attending elite parties. They’re sitting, in their offices, at one with their laptops and their teams, spending 15+ hours each day just trying to figure stuff out and make their business a little stronger, a little more resilient.

Nigeria is home to the notion of ‘fake it until you make it’ — and it is totally going to skew your idea of what life as a startup actually entails.

I have so much to say about an oil-rich nation not even being able to provide around the clock electricity, I don’t know where to begin. The amount of time and energy that can distract a startup founder on such things as NEPA, generators, diesel for generators, and so forth, is actually painful.

Even the small things taken for granted in the West may become an operational headache.

5. You’re always the ‘something’ of Africa

From the earliest days of iROKO, we were labelled as the ‘Netflix of Africa’. This was, and still is, a neat introduction to what we do for Westerners. In Africa, until very recently, it meant very little, as neither Netflix, nor the term #Netflixandchill, had penetrated the continent’s consciousness. Naturally, there’s a certain degree of flattery that comes with the close association of such a well-known brand, but iROKO has definitely found this label hard to shake off, and our business model is very different indeed to that of Netflix’s.

The irony, which I’m sure you’re well aware of, is that Nigerian startups that try and blindly replicate Western models tend not to do so well. Why? Because Nigerian consumers, the Nigerian market, have its own very specific set of challenges and needs. I can’t think of any Nigerian-based copycat company — which uses a Western model without a thought and a nuanced business model for the African market — that is smashing it and making waves.

Nigerian consumers need Nigerian solutions. I suppose it’s simply a question of patience, waiting for our emerging companies to grow into global behemoths, so that they may stand alone, in their own right, as market/global leaders. 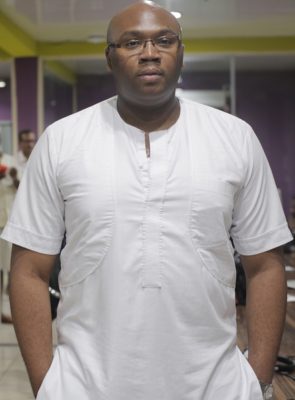 Jason Njoku (@JasonNjoku) is the CEO and co-founder of iROKO, the home of Nollywood. In 2013, he co-founded Spark to ensure that the killer ideas out there — the entrepreneurs who were hungry to change things and build awesome businesses — have the opportunity to access funds and mentorship to get their ideas off the ground.