How the power of the crowd will change agency research

by Herman Manson (@marklives) The advertising and brand world has an effective new way of crowdsourcing research feedback — on everything from UX on a newly built website to ad scripts — thanks to South African startup, Delvv.io. Launched by Trevor Wolfe, former MD and head of commercialisation for Springleap, and Remon Geyser, who comes from a research background at Springleap and Millward Brown, the aim is to redefine how professional feedback is used in the creative process. 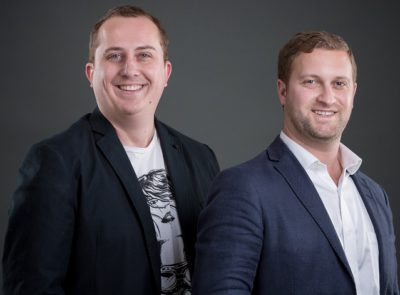 The duo has identified agency and brand creative research as open to disruption; currently, it may cost up to a R250k and take 60-90 days to test TV ads in panel environments.

Only four months old (it launched in March 2016), Delvv.io (pronounced Delvv dot io) has already successfully raised R2m in venture funding from Kevin Gaskell (a former leader at Porsche, BMW, Lamborghini), been nominated for the FNB Innovation Awards, and represented South Africa at the Endeavour Global programme in Spain. It expects to turn its first monthly profit in July.

Wolfe says he is engaging other possible investors, based upon their strategic contribution and value to Delvv.io, rather than any decision being purely based upon cash.

The name Delvv suggests investigation and exploration, while .io is a hot domain in the start-up space and, for Wolfe, represents input/output.

It’s less about disrupting research than about disrupting the research-feedback process, he explains. While SenseCheck looks outside an agency for professional feedback, the inhouse process is also about to be disrupted by Delvv.io.

A global brand wants to test its campaign in a local market, so it send its marketing collateral on to the local agency, he proffers. Feedback processes are generally not unbiased and, within agencies, they are also sometimes downright unstructured. No real analysis may be done of the conversation that takes place inside that local agency, and the extrovert usually gets the most say. Delvv.io is planning to roll out its technology into agencies so they can properly structure their internal feedback sessions to global or brand HQ, allowing for an efficient, constructive feedback mechanism.

While the business has been focusing upon building its SA client base (90% of its revenue is generated in the local market), he says global brands such as Unilever are already exposing the service to international offices.

Ultimately, he expects agencies to make up half of Delvv.io’s revenue stream, with brand clients making up the rest. In time, agencies will cost in Delvv.io’s service to brand clients, he says. Further growth will come from services such as reverse-engineering competitor strategies for brand clients and agencies being built into service offerings by consulting giants (eg KPMG).