Motive: Three learnings from judging The One Show

by Xolisa Dyeshana (@XolisaDyeshana) I represented South Africa last month as a member of the Interactive Jury at global ad awards show, The One Show. It was an intense four days of early mornings and late nights, and as far as the work goes, this is definitely the year for extraordinary, hardworking campaigns that break through the clutter.

We were a jury of 15 people from all over the world, which was great for debating the work. Prior to arriving in Mexico, we had judged over 400 entries remotely, so that meant that our time together was spent on evaluating work that had already made it through the first round. What I really enjoyed was the dedication of all of us jury members to truly apply ourselves to the work, even if it meant missing the evening’s activities.

On our first day, the CEO, Kevin Swanepoel (South African, I might add), started off by explaining the judging process to us. What were the major differences from some of the other awards shows I’ve judged in the past? There was no jury chairperson and there was no discussion of the work until right at the end — everything was done by secret ballot, and only on the last day were we told what had been awarded Gold, so we could choose our category’s “Best of Show”.

This last day of judging was the hardest; the debates were robust, long, enlightening, sometimes ugly, oh and did I mention, long. But, by the end of the day, once we had made all our points in the most-articulate manner we knew how, it all came down to a vote.

Without further ado, here are my three learnings:

PS We stayed at an amazing resort, which reminded me a lot of The Lost City, except everything was real. 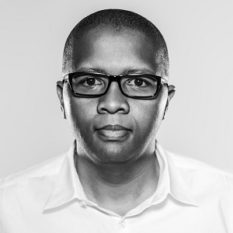 Xolisa Dyeshana (@XolisaDyeshana) is executive creative director and partner at Joe Public, as well as chairperson of the Creative Circle of South Africa. He is passionate about creating social change through advertising and he’s been part of many industry committees set up to help young people from underprivileged backgrounds gain access to the industry.