Masterclass Notes: All about media

by Johanna McDowell (@jomcdowell) On the agenda of this fourth masterclass for marketers, held in Cape Town and presented by Chris Botha of The Media Shop, was an overview of media in South Africa; a comment upon media information in Africa; the future of media agencies; and how marketers should work with and get the best out of media agencies.

What was very encouraging was to see just how much information there is available — and we believe that many marketers are not nearly as aware as they should be of the kind of information that could be at their fingertips:

Audiences have changed; they are getting older, and there is a greater shift up market. Botha is predicting a big year for this medium this year as there are so many new — and big — movies coming out, with the potential to be game-changers.

This medium is declining, dying off. The only area of grow is community newspapers but even those are slowing down. Newspapers have an ‘extinction timeline’ and, in the US and UK, are expected to have disappeared by 2017.

It’s a new era for this industry, which is starting now to receive data and compile it, collecting audience data via geo technology.

There is also a huge amount of clutter; marketers were urged to go on site trips to see what is available before making any commitments. It was also noted that the creative agencies must also look at the sites available as these will tend to dictate the messages.

As always, it is going to be creativity that makes the message stand out — we were shown an extraordinary video of travelling up the M1 in Johannesburg from the Killarney exit, taking the Rivonia Road exit and heading towards McDonalds. More than 600 billboards were counted on that trip!!! Now that is real clutter.

Radio is becoming more and more expensive, and The Media Shop believes that radio will take a knock this year as it is overpriced. Tracking the buying power of listeners is important, and currently the station with the strongest buying power is Metro FM.

With Google, search engine optimisation (SEO) will only be effective if your website is mobile responsive — otherwise Google will not recognise your site.

Twitter has seen good growth in the number of followers.

The internet of things

The masterclass discussed the internet of things (IoT) — ie how devices all connected by the internet will have an impact on future media advertising sales for the various devices. We are living in a fascinating world.

Loadshedding has had a huge impact upon audience levels and the TV stations now have to sell guaranteed packages that will reach the numbers of audience required, regardless of loadshedding.

Lots of data is available. Media in Africa is waking up. However,— media owners are hanging onto their information and only selling it to clients, not necessarily to media agencies which will then sell it on and make more money. So it is early days yet.

Media agencies cannot be separated from creative agencies in a linear fashion. The lines are blurry already and, if we follow what is happening internationally, it is clear that the media agencies are growing in importance, almost on a daily basis. Many media experts believe that creative and media will be back together again in the near future — as they were in the ’70s and ’80s but, this time, media will lead.

Based upon my own observations in the US and UK among agencies, I would agree that this trend is happening.

The next marketers’ masterclass is all about evaluating creative against strategy with Andy Rice — it should be fascinating, too! 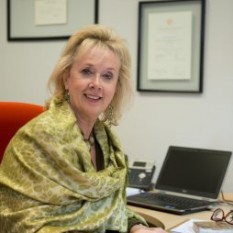 Johanna McDowell (@jomcdowell) is managing director of the Independent Agency Search and Selection Company (IAS), and she is one of the few experts driving this mediation and advisory service in SA and globally. Currently she is running the IAS Marketers Masterclass, a programme consisting of masterclasses held in Cape Town and in Johannesburg. Twice a year she attends AdForum Worldwide Summits.