by Mandy & Jon (@mandyldewaal) Remember when you were younger — much younger — and had a different perspective of time? When you’re 13 or 14, a day seems long, a week may feel like forever, and bad times can make time drag even more. New York-based global agency, Droga 5, plays with the concept of time in its TVC for Clearasil.

It goes like this: A teenager with a mop of curly hair peers into the bathroom mirror and moans, “This pimple is going to last forever.” The face in the mirror that looks back at this human, navigating an awkward age, is completely clear, save for one obvious spot.

“Aw, com’on!” pipes up the animated tube of Clearasil standing next to the washbasin. “Clearasil Ultra works fast,” it continues before describing how the face wash for teens quickly clears up pimples [infographics appear on the mirror the teen is looking into]. “Besides,” declares the Clearasil tube. “Acne won’t last forever. Just like your mom won’t walk in on you forever.” 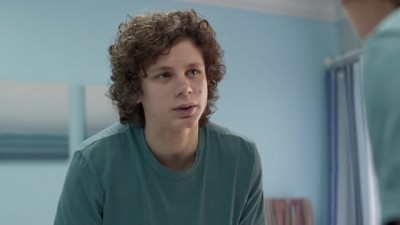 This statement sets up a series of funny plot lines which begins with the teen’s mother barging into his room [holding a basket of laundry] while he’s watching something rather compromising on his PC. When mom sees her son hurriedly shutting his computer and defensively resting his arms on its cover, she dramatically declares with a gasp: “Stephen!”

The ad continues with momentary vignettes from Stephen’s future that are awkwardly interrupted by his admonishing mother. The final scene in this montage shows Stephen, now well into his 60s, sitting in a wheelchair in a futuristic, sci-fi-like apartment.

A robot bearing his mother’s head [a la ‘Mars Attacks‘] enters, and chides him by simply vocalising his name in that reproachful tone parents do so well. Poor Stephen gets quite the surprise and slams the book into which he’s been peering shut. 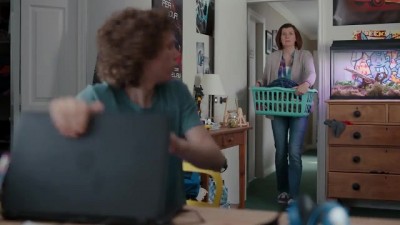 The result is a delightful little movie that mirthfully shows that the bad things about being a teen don’t last. It does so while effectively communicating Clearasil’s product benefits in an entertaining and amusing way.

It’s the kind of ad you’ll want to spend time watching more than once. Which, of course, is a good thing for Clearasil. 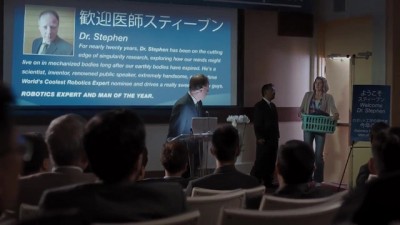 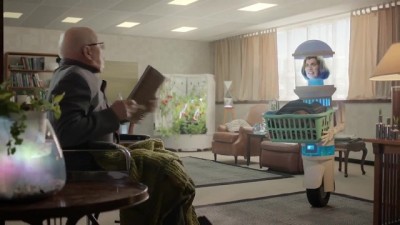 One Response to “Global.Ad.Geeks: Clearasil ad hits the spot”