#trendMARK: The smartest tech trends for 2014

a trendMARK feature by Jon Pienaar. Let’s take a look at four smart tech trends in 2014, including:

Smart TVs have been available for a while, but it looks like this year it will really take off. In SA, those who can afford the 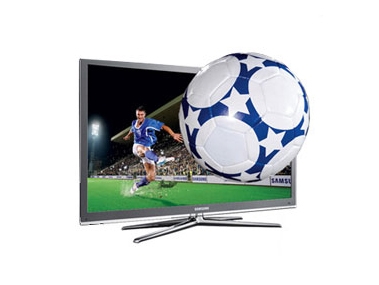 bandwidth (and it is getting faster and cheaper), will look at devices that provide a smart media centre for the home.

Apple has updated its Apple TV product with a bluetooth keyboard,making searching that much easier. The Apple ecosystem/operating system also has potential for voice control, using Siri — the first app has been released, and there is room for growth.

Samsung of course has gesture control, and the Smart Hub TV interface has been redesigned for ease of use. Not only TV, but also personal photos, music, apps and internet are all integrated. LG is working with Gram to build a Smart TV using the webOS interface.This may help the company make up for lost ground due to the lack of interest in its Google TV offerings. The new TV will provide services like Netflix, CinemaNow, Pandora, Vudu, and YouTube.

Google in the meantime is continuing on its own, having launched a service in the UK that learns the user’s patterns of watching, and can even show YouTube clips in tandem with Netflix content. Google has partnered with several manufacturers to create a range of set-top boxes and integrated 3D TVs that feature its pre-emptive operating system.Of course, if you have an XBox, a Nintendo or a Playstation, it canalso be connected to the internet and serve as a home media centre.

Suggestions are that these companies will also start providing content — both Sony and Microsoft have interests in the movie biz, so no doubt they will start to offer alternatives to Netflix, Hulu, Pandora, et al. The bottom line is that these are systems that will allow the viewer to interact with the content and also customise his/her own viewing: more power to the consumer, as well as more opportunities for marketers to get to know consumers.

But the real revolution is happening on the “second screen” – the tablet or phone that’s always nearby. People are splitting their attention more and more, using the second screen to look up background information on a show, chat about it on social media, or even buy something mentioned in the show. For content providers and advertisers, the big challenge is going to be capitalising on that trend, and coming up with ways to make it work.

The Pebble watch and its Samsung counterpart, the Galaxy Gear, were the non-events of 2013, but with new smart watch products coming from Sony, Microsoft and Apple, it seems that the idea of connected timepieces isn’t entirely dead in the water. Some require to be paired with a phone or a tablet, while others seem to be finding it hard to get a niche.

The Pebble, with its fitness tracking apps, emulates the success of the Fitbit, a carryable/wearable device that does just one thing – track your movement and energy expenditure. Of course, it does more thanthat, as it integrates with Facebook apps and connects the wearer to a community of fitness enthusiasts who motivate each other through sharing. It’s an example of the ‘Internet of Things’, as more devices communicate seamlessly with each other: Fitbit now sells a step–onscale that communicates with your tracker, and syncs with your online tools to give you a big-picture view of your health and fitness progress.

It’s estimated that in the next 5 years, between 15 and 30 billion devices will be connected to the web (and each other). The market is expected to exceed $8.9 trillion. Google Glass is being rolled out slowly. So slowly, in fact, that a specialist augmented reality competitor, Vuzix has already launched its own, Android-powered version, the M100.

These devices provide apps for instant photography, videography, video chat and navigation. Or even a golfing assistance app that gives you pin distance, course data and scoring information, all without having to take your hands off the club. The apps are still rolling in, and if savvy marketers want to tap into this medium, it’s all up to their imagination: mall map-guides, comparative pricing, ticket purchasing… it’s virgin territory.

The costs are coming down and the devices are becoming more popular: mini, multi-purpose manufacturing machines that can make things that are useable and useful. It’s a technology to watch, as it’s all part of the ‘maker’ trend that sees everything from beer to chandeliers being manufactured by cottage industries, using the internet to sell on a global scale. At this stage 3D printers are ideal for prototyping, or making short runs of specialised items (including artworks), but as the technology improves, so too will the applications expand.

Advances in biometrics mean that text-based passwords are going the way of the telex, and fingerprints, iris recognition, and even voice recognition will be the way one unlocks one’ s devices.