The Real McCoy: Stop and smell the coffee

by Sean McCoy (@TheRealMcCoyTRM) Visiting six different countries over four weeks in January gave me time out to stop, smell the coffee and ponder the Starbucks story while doing the obligatory caffeine refuel.

Starbucks is often referenced as a leading case study across many brand-related discussions and theories, and I have also regularly held it up as an international proxy for the brand-alignment process — where the service experience and people interaction fully support and deliver against the brand promise offered to consumers. 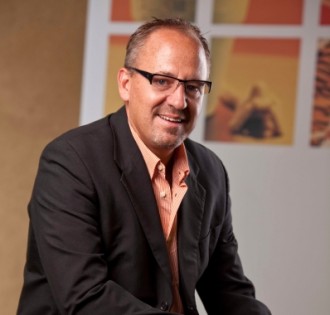 My informal audit across these six countries brought into focus the challenge and sheer hard work that this organisation has gone through to achieve the position it has today as a leading example for internal brand engagement. And yet, all is not perfect — far from it, as I experienced inconsistencies, imperfections and even sub-standard service against its own imposed benchmark.

But perhaps perfection is a panacea in the world of marketing — service delivery and brand experience in particular — and fierce ambition and intent are acceptable? If we have the sense that the brand is working hard and trying its best, maybe we as consumers are satisfied and are willing to forgive? Avis has captured this humility of approach astoundingly well through the spirit of “We Try Harder”.

Consider some of the Starbucks reality. Launched in 1971, the company recorded a store footprint of nearly 21 000 locations in 62 countries across the globe last year, employing 150 000 people, generating US$13.3 billion in revenue and standing clear as the leading coffee company in the world — something that should impress bean counters of both the coffee type and the spreadsheet variety! Not too shabby for a company that has only recently celebrated its 40thbirthday and handsomely survived its own version of a mid-life crisis along the way.

It is no coincidence that Starbucks ranked among the Fortune magazine Top 100 companies to work for in 2013. This is in spite of many challenges while on the journey, which have included labour disputes, union actions and lawsuits, closure of underperforming stores and retrenchments that have run into several thousand at times.

The strength of leadership and culture in a purpose-driven organisation has prevailed and the results are evident. This highlights that, throughout the trials and tribulations of the realities of business, internal culture and high performance can be maintained, and that economic peaks and troughs may be effectively ridden with premium brand gains during the highs and an insulator effect during the lows — a lesson possibly to us in South Africa and in many other markets in the world.

Central to the success of the business are the notion of culture and what makes it stand out from the pack. The Starbucks purpose is “to inspire and nurture the human spirit, one cup, one person and one neighbourhood at a time” and it is very evident that this is brewed from the inside out.

In spite of its significant growth, CEO Howard Schultz has been preoccupied with ensuring that this culture is not diluted, and that the leadership shares a common goal of acting like a small business. This is reflected in the barista-orientation and -thinking, as well as the extent to which store design has been adapted to resonate with the local market and to capture the nuances of its target consumer.

This is highly evident in a quick comparison of the experiences across three distinctly different markets: the efficiency and professionalism of an outlet in Holland; the charm and hospitality of the Irish; and the Shisha orientation and Arabic style of the Middle East.

The intersection between the design of space and the impact upon culture and internal branding is a fascinating territory, but that is not for today and will form the focus of a later column. The point for now is the emphasis on the internal brand and how critical this is to the consistency of the overall brand experience and delivery of the promise.

Dr Sean McCoy, MD and founding member of HKLM, is a prominent figure in the branding arena, with his expertise centered on client service, brand strategy and business development. Sean has been chairperson for the Brand Council of South Africa since 2012. He contributes the regular “The Real McCoy” column focusing on internal branding to MarkLives.