Why do you love living in Africa? 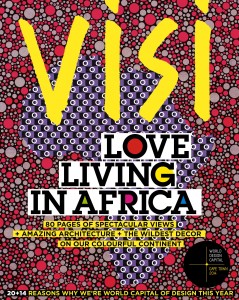 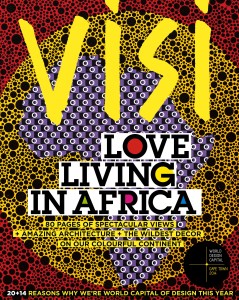 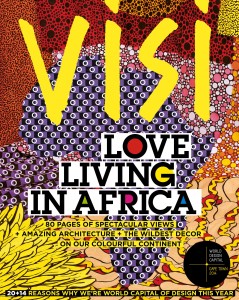 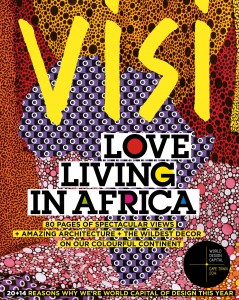 Cape Town is the World Design Capital 2014 (WDC2014) and, as with most ‘awards’ like this, it is what we make of it, whether creatives, designers, politicians, social scientists, communities, etc — we have to show ourselves worthy of such an accolade. There’s a host of projects in and things should kick off nicely with this industry’s premier annual event, Design Indaba, next week.

The only magazine to have submitted a project, and be approved, is VISI, published by New Media Publishing. Offering four different covers showcasing Africa in eclectic patterns, VISI magazine kicked off the year with its February/March 2014 edition — its official WDC2014 project. The Wild Design issue, currently on shelf, is based on the hand-cut felt works of Capetonian artist Jody Paulsen, photographed by Nico Krinjo.

In this edition of VISI, “The 20+14 reasons to love our country’s design” includes insights into the global movement of collectible design; Cape Town’s newest international design fair, Guild; an historic timeline of iconic South African designs since democracy; previews of 18 official WDC2014 projects; and highlights.

Visi features and online editor, Nadine Botha, explains that the magazine is proudly South African and proudly African, and one of the only décor mags that places a strong emphasis on design and architecture. “That is what made us a natural fit for WDC2014. We will be living the values of the World Design Capital,” she says.

VISI is also running a Vine competition online where entrants can upload a six-second video on “why you love living in Africa”. Up for grabs is the very last Design Indaba full conference ticket available, valued at R7450!

Cape Town was designated WDC2014 at the International Design Alliance Congress in October 2011. World Design Capitals recognise the value of design thinking, and are dedicated to using design as a tool for social, cultural and economic development. 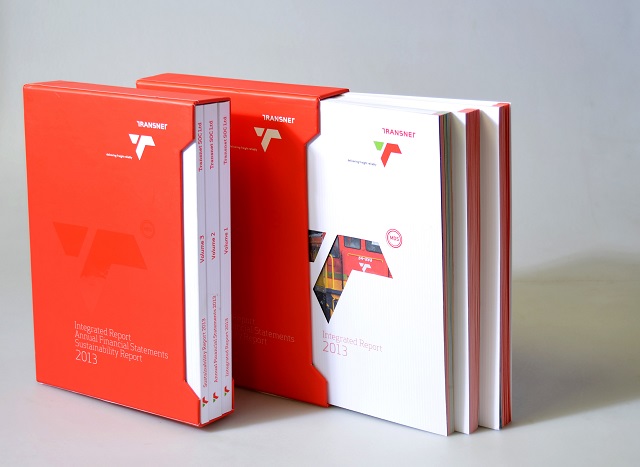 A shift in investor relations, requiring integrated reporting, has meant that design and branding agencies have a huge role to play in how annual reports are presented to stakeholders.

Integrated reporting requires changing from cumbersome text-heavy reports to succinct ones which make much greater use of tables and graphic representations for conveying information, according to HKLM, which recently picked up awards for its annual report integrated concepts and design.

“HKLM has led from the front in advocating change in the way annual reports are structured and these awards demonstrate the effective outcomes of our approach,” she says.

In the CSSA awards, HKLM took home the top spot for its integrated reports for Merafe Resources, Eskom, Transnet and Cotlands in the Small Cap, State-Owned Enterprises and NGO categories respectively; it also won seven silver Graphis trophies for its reports for the Development Bank of South Africa, Cotlands (2011 and 2012 reports), WBHO, Transnet, South African Airways and 1time Holdings.

Leuner adds: “As producers of annual reports, we have a major role to play as educators and influencers in directing the changeover to integrated reporting. The new order of investor relations, as determined by King III, demands transparency, honesty and communication, and the challenge is for companies to learn how to communicate the concept of shared value with their stakeholders. And that’s where design and branding agencies play a huge role.” 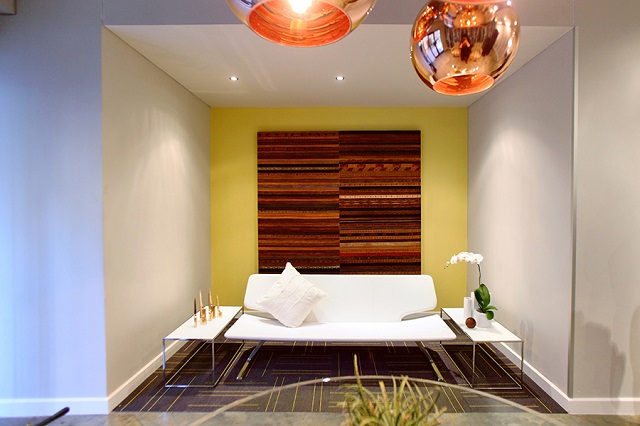 New agency on the block, House of Brave (founded in 2012), moved to bigger premises recently and undertook a redesign to “better reflect [its] artistic identity”. It wanted an office space that represents the company philosophy of meeting marketing challenges by creating brave spaces for brands to live and grow.

“As we are in the advertising industry, we needed to invest in offices that reflect our company values and aspirations, attracting best-in-class clients and staff,” says Andrew Shuttleworth, MD at House of Brave.

For a recent start-up agency in the growth phase, Shuttleworth reveals that it approached Fintech to assist it in financing the move and redesign. Fintech has expanded its industry-sector packages and offers businesses finance solutions to set up or revamp offices. 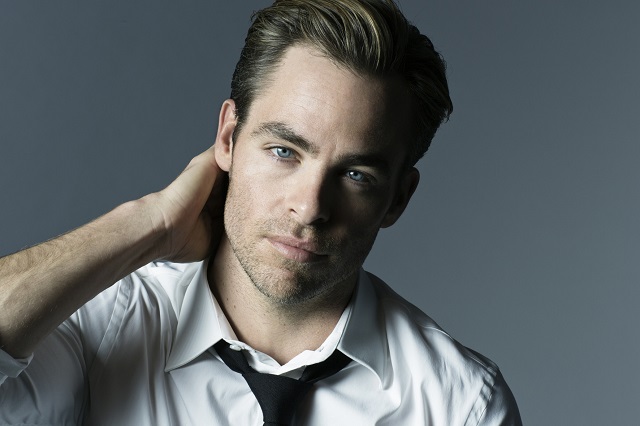 Pine can currently be seen on screens worldwide as the titular character in ‘Jack Ryan: Shadow Recruit’, directed by Kenneth Branagh. He recently reprised his role as Captain Kirk in the rebooted Star Trek franchise.

Pine’s described by Armani as having “magnetic charm” and the “right amount of irony” on set. He’s obviously the new Chris Hemsworth. Or is that a younger Brad Pitt, but with a personality?