There’s a new idea in town. And it’s been rounded up by a balaclava-cladded trio, who would prefer to remain anonymous. By Kim Penstone 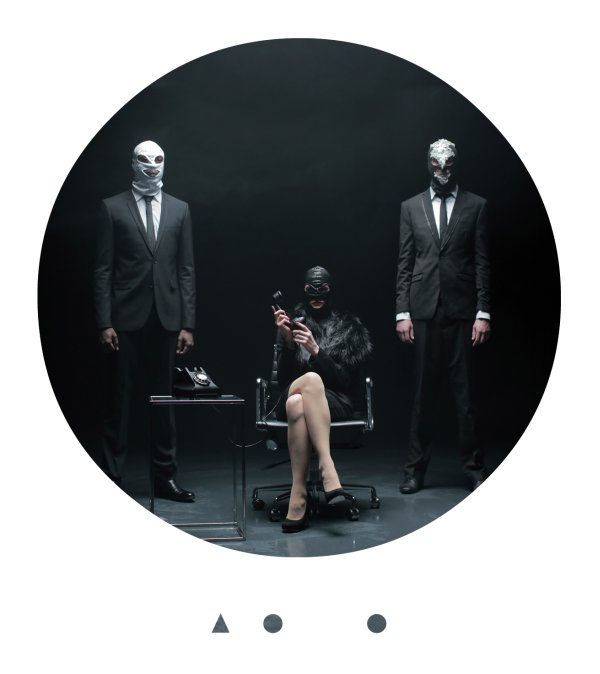 Don’t be surprised when you are greeted at the door of & Anonymous by a bearded man sporting a pink Barbie-topped balaclava. Or a leather-clad woman in a diamante-studded, gimp-like mask. Or anything in between, provided it hides the wearer’s face. The founders of & Anonymous are simply living the new company’s credo;

[pullquote]“Advertising agencies have become doers,” says Reilly simply. “They have had to become doers, because in order to build and maintain brands, and then quantify this work in monetary terms to the satisfaction of clients, they have to keep doing – and there’s little, if any, time to think.”[/pullquote]

“A lot of agencies say it, but we wanted to live it: it’s time that the work came first. So we don’t need a name, and you don’t need to know our faces. It’s time to drop the ego, and focus on the ideas.”

Together, they have over 40 years of experience in the marketing, brand building and advertising arena, having worked their way up the ladder from junior account director and creatives to leaders and board members of two of South Africa’s top agencies. They have built brands from scratch, turned them around from certain death, collected a treasure trove of awards both locally and abroad, and monetised ideas for clients ranging from small localised businesses to global megabrands such as Coca-Cola.

But, as is often the case in any form of big business, the further the trio advanced in their careers, the more removed they became from the work.

[pullquote]We don’t believe that the three of us have all the answers, so we’ve partnered with over 25 specialist creative entities and people, ranging in skills from strategy, production, film, music and popular culture, to graphics, events, spatial design, digital and social media and the blogosphere.[/pullquote]

& Anonymous was born of a restlessness in its founders, a frustration with the world of advertising and the roles that they found themselves playing.

“Advertising agencies have become doers,” says Reilly simply. “They have had to become doers, because in order to build and maintain brands, and then quantify this work in monetary terms to the satisfaction of clients, they have to keep doing – and there’s little, if any, time to think.”

The proliferation of brands, agencies and media over the past decade has resulted in an explosion in work for advertising agencies – not necessarily in the amount of clients on books, but rather in the amount of work required per client. Combine this with poor economic conditions, and the result is ever thinner margins, forcing many agencies into doing more work, with less staff, for less money.

Thinking has become a luxury many agencies can ill afford.

“The relationship between clients and agencies is also off kilter,” adds Cronje, “The less thinking that the agencies do, the less their opinions are valued, and so they become mere suppliers; slaves to the producing machine.”

& Anonymous wants to put the thinking back into the equation. Through this, they hope to restore the power balance between client and agency, and so create a partnership that is equally focused on bringing the best possible ideas to life.

Key to the success of this plan is collaboration.

“The & in & Anonymous refers not only to our clients, but also to our partners,” explains Turnbull. “We don’t believe that the three of us have all the answers, so we’ve partnered with over 25 specialist creative entities and people, ranging in skills from strategy, production, film, music and popular culture, to graphics, events, spatial design, digital and social media and the blogosphere.”

They also work with agencies, because despite their individual need to step back from this environment, they are the first to recognise the immense value that agencies add to the brand building momentum.

“We believe that the more people with whom we interact, the more informed our ideas will be, and the better chance they have of succeeding,” she says.

In working with other specialists, it also frees the founders of & Anonymous to focus on what they do best – creating ideas that have the potential to become so much bigger than their creators.

Of course, they recognise that they might be stepping on agency toes, but who doesn’t when they breakaway and start up on their own? And they’re adament, too, that there are many spaces that agencies aren’t covering, and which & Anonymous is keen to explore.

“We are broadening our scope in terms of clients, because we recognise that ideas don’t only live in the advertising space,” says Turnbull. By way of example, the company has recently completed some work on a CSI project, an interior design job, a corporate culture brief, and a music video. With the help and input of several partners, & Anonymous has also just completed and released its very own short film, to showcase the company and what it stands for.

If it all sounds a little indistinct, that’s because it is.