Letter from NY: An immigrant to New York, building an ad agency

by Matthew Bull (@StixBull) There was an ad for Porsche many moons back that I have never forgotten.  It was a picture of a Porsche flying over a rise on a road.  The headline said:  “It’s like children.  You can’t understand until you have one.”

That’s kind of how I feel about owning an agency in New York – you never really know what it’s like until you own one.

[pullquote]The reality is, decisions made in this town are huge.  To put the money into context – had we won all of the aforementioned business – our revenue would have been about $10m annualized after only six months.  That’s in the region of R90m.  Which was the size of Lowe Bull at it’s largest.  And the accounts listed above are considered small here. [/pullquote]

It’s been 18 months now since we opened the doors of The Bull-White House.  The first year was the toughest, most frustrating I have had in this business.  Whilst we were lucky enough to win a significant piece of Unilever business early on, we lost three huge pitches – Bertolli, Red Stripe and Jose Cuervo.

The reasons aren’t relevant (we could always blame the ref).  But the effect was pretty bad – for an agency as young as we were to get on that level of pitch was pretty incredible.  And I guess we really loved the work we did. We took a gamble as well on all of them – we resigned our founding piece of business (Shocktop from AB-Inbev) and did the kind of work we believed was great for the brands but, in truth, we under-estimated the conservative environment we work in here in New York and losing was hard on us all.

I have been fortunate to have had many experiences in our business throughout the world.  South Africa and the UK are where I have spent the 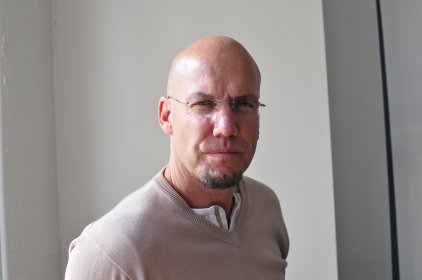 largest part of my career – both countries are generally more adventurous in the marketing arena.  But even in Asia, greater Europe, Scandinavia, South America – whilst people are slightly more cautious – I still found it easier to get work bought than I have here.

The reality is, decisions made in this town are huge.  To put the money into context – had we won all of the aforementioned business – our revenue would have been about $10m annualized after only six months.  That’s in the region of R90m.  Which was the size of Lowe Bull at it’s largest.  And the accounts listed above are considered small here.

What this means is that decisions are never taken lightly.  Backstop, to use a lovely South Africa phrase, is vital.  Meaning no large decision is made without a green light from research.  People the world-over admire Apple, but very few have the courage of their convictions the way Steve Jobs did.  So they ask 12 people in a dark room to make the decision for them.

We also bought back the equity we had sold to MDC.  Ultimately, we felt we wanted our own agency, and when a financial institution has 51% of your company, well, it’s not your company.  We had hoped that being part of their broader family would give us an infrastructure in terms of diverse resources, but also a pipeline for potential business.  None of that came to fruition so the decision to part ways was an easy one.  So we’ve had to discover for ourselves partners that suit us – digitally, media-wise, social media specialists, you name it, we’ve trawled and crawled.

[pullquote]Everything takes longer to complete – whether you’re drawing up a contract, arranging a lunch, waiting for a decision on a piece of work, haling a cab – it all takes much, much longer than it should.  So whilst the veneer of New York is fast-paced-throbbing-metropolis, the machinery that lies beneath is well oiled, but slow. [/pullquote]

You will all have heard of the term:  “New York minute”.  This is, apparently, a mere second and alludes to the rapid pace of life here in the world’s most famous city in comparison to the rest of the world.  It is complete fiction.  I personally think it’s the equivalent of an hour.  Everything takes longer to complete – whether you’re drawing up a contract, arranging a lunch, waiting for a decision on a piece of work, haling a cab – it all takes much, much longer than it should.  So whilst the veneer of New York is fast-paced-throbbing-metropolis, the machinery that lies beneath is well oiled, but slow.

But make no mistake, the intensity, the energy, the drive, the tenacity of this town is incomparable.  When you finish a game in this city, you know you’ve played one.

People always ask me if the second time round feels any different to the first.  Well, the first time was a long time ago so the rose tinted reading glasses are on – but I know for sure that when I started Lowe Bull – Bull Calvert Pace – I felt amongst friends. This was borne out by the help we got from people like John Hunt, Robyn Putter, Rob Berry at Berry Bush (now BBDO) and Graham Warsop to name a few.

Here, there is no such goodwill with the notable exception of Carl Johnson at Anomoly, himself an outsider who has built one of the country’s finest agencies.  People I have personally helped with contacts and business have been stunningly silent.  There is no brotherhood here, simple as that, and if there is, we are certainly not part of it.  One has to earn these things and I understand that.Whenever I feel down, I watch Godfather II to remember that, compared to some immigrants, I’ve really got it good.

The other striking thing about New York is the complete and absolute obsession with money – it is the ultimate morality.  In other words, you are excused any morals in pursuit of money.  Once again, like the Porsche ad, you have to experience this to understand it fully.  This is in direct conflict to my feelings about business – that greatness is measured on contribution not remuneration.

So we’ve spent 18 months learning the hard way.  And like I’ve always said, isn’t that the best way?  I guess time will tell.

Our first campaign appeared at the beginning of April for Slimfast.  It created quite a stir, went to number one on adage adcritic and was the most read news item on adage.com for a week.  Which, to contradict all I have said before, is a long, long time in digital America.

I am happy every morning when I walk into our wonderful premises on 23rd st and 3rd ave, I have a fantastic team around me now – it took a while but these are people I like and respect immensely.  We are all enjoying the journey, particularly the last six months.

This is, of course, just the beginning.  We have learnt a lot and are stronger for it.  Naturally, our success will be down to our work – this is as it should be.  And just like with any agency in any country, we have to make opportunities to show our stuff off. The road ahead will be tough but that’s the price you pay for starting in NY – as the great Sir Alex always says:  “the harder the struggle, the sweeter the victory”.

9am:  arrive with the heaving masses at grand central. After a couple of years you stop looking up and around at it’s splendor, instead you look straight down and walk – that way people get out your way.

9.20am:  Brief little coffee at Stix, our neighbourhood coffee shop.  If anyone asks me how I have changed since living here, I just say : “I now drink coffee”.

9.45am :  arrive at the agency.  The sensational seven are normally all in by 10am. (it sounds relaxed doesn’t it – until you realize I commute four hours a day and most of our peeps take at least an hour to get to the office – even if they live in Brooklyn.

The days are normally spent chatting about the work we’re on, trying to invent new projects to work out and connecting with as many people as I can.  I do a lot of lunch.

5.44pm:  I normally either catch this train or the 6.11 home to Fairfield.  (I have an apartment now in the city so I spend a night or two a week there when I do dinners – hence the importance of regular gym).

7.30pm:  walk in the front door to be greeted by the dogs and the wife.  Kids are too old now to be bothered….

2 Responses to “Letter from NY: An immigrant to New York, building an ad agency”