The growing digital footprint of Huisgenoot, YOU and Drum

by Herman Manson (@marklives) In the world of print publishing the three sister magazines of Huisgenoot, YOU and Drum make for a formidable powerhouse – they are three biggest circulating consumer magazines in the country.

Until recently that offline brand and circulation power hasn’t been effectively utilised online, but it’s changing, and quickly, according to Wilmer Müller, 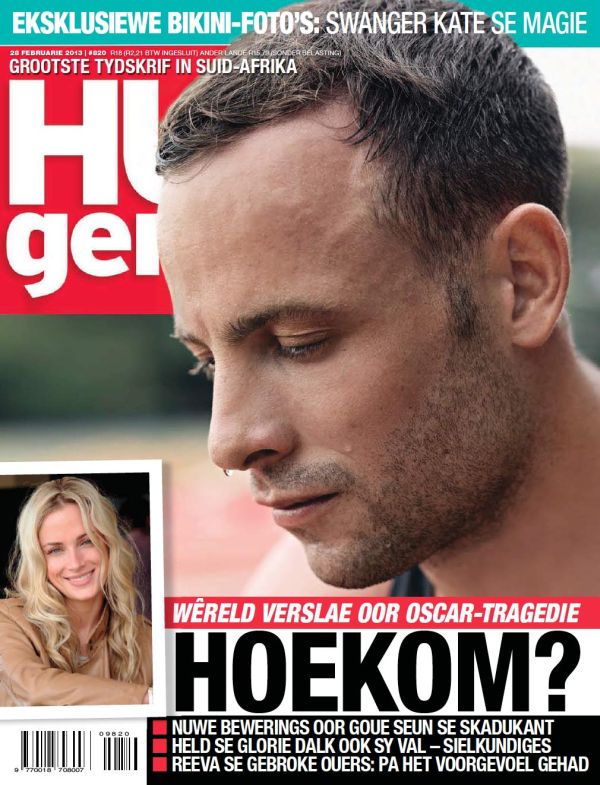 Head of Digital at Huisgenoot, YOU and Drum.

The three brands started rolling out digital strategies at the beginning of 2010 and soon found success on Facebook, especially in the case of Huisgenoot, whose community of Afrikaans speaking readers were looking for a safe online space in which to engage with one another in their home language. Growth has been organic says Müller and on Facebook the number of Huisgenoot fans currently stands at over 205 000.

The Facebook presence of Drum is growing at the same breakneck pace as that of Huisgenoot in 2010, but Twitter has really been its success story, as the channel is well suited for breaking news on black celebrity culture – a key point of interest to Drum readers.

Talking of Twitter, Huisgenoot hasn’t seen as much success here as on Facebook. Müller suggests that this is due to slower take-up amongst Afrikaans speakers – English seems to be the default language South Africans use on Twitter. The Oscar Pistorius story, first broken on Twitter by Beeld, has changed this, and Huisgenoot has seen a substantial take-up of its various social media platforms, including Twitter, over the past two months. This was mostly tied to the Pistorius story, says Müller.

YOU has been tougher to grow digitally since it competes with a wider range of English language sites, many of them international, but its numbers are far from insubstantial.

Let’s step back quickly and look at the numbers behind the story. In February 2013 the Huisgenoot website had 154 728 unique browsers and served 651 886 pages. Only around 5 258 unique browsers accessed the site via a mobile device. On Facebook it had 203 550 fans and 35 819 Twitter followers. It served 44 807 YouTube views – yes each of the three magazines have their own YouTube TV channel with content generated by journalists – mostly as add-ons to stories that ran in the print magazine (but this is about to change – video will play an important part in the digital futures of all three titles). The print edition had a circulation of 270,310 in the last quarter of 2012. So it’s quite clear that in the print product still enjoys the largest readership, for now at least, but it’s audience figures on Facebook and the website is catching up.

Müller acknowledges that the digital strategy for the three brands had up to now focussed on social media and that the web and mobile sites had been playing second fiddle. This is changing and the revamped Huisgenoot site will be rolled out in the next month or so. It will offer more original content, and sections dedicated to topics like education and food recipes will benefit from the extensive content archive of the print title. A new site for YOU will follow on the Huisgenoot.com relaunch and a new site for Drum will be launched later in the year. 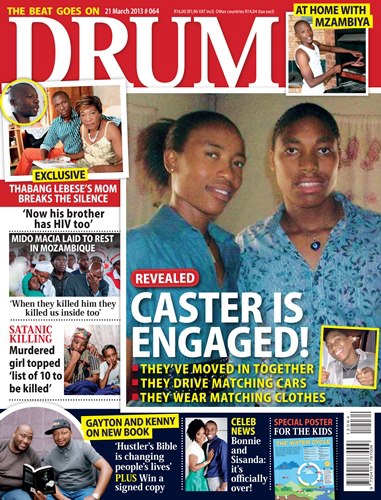 By early next year around 30% of the newsroom resources for each of the titles will be focussed on generating content for digital channels, says Müller. Editor-in-Chief Izelle Venter has committed to helping drive this process. Part of all the journalist KPAs (key performance areas) will be to generate video content for the online TV channels. MS tags appear alongside print stories to drive views to the videos. Step-by-step how to videos, especially in the beauty and food categories, will play an important role on the new relaunched websites and will be made available to sponsors.

Exclusives won’t only run in print any longer – the magazines wants to own stories across multiple channels. It’s a need driven home, again, by the Pistorius story, and the interest it generated online. Müller also acknowledge that as print budgets move online the three sister titles need to position themselves so they don’t lose out on future revenue.

Ecommerce will play an important role across all three relaunched sites with a focus on fashion and accessories. Sarie was the test case for Media24 in this regard and its ecoomerce initiative seems to have achieved significant success. Müller says all relevant Media24 sites will eventually include such an offering with a dedicated team within Media24 managing them across a range of titles. Some content will also be monetised – especially in the education space.

Interestingly digital editions (like you would find on Zinio) doesn’t fall in Müllers’ portfolio. Instead it falls in the Media24 markets division.

Although relatively late in the game in terms of web and ecommerce functionality the success of the social media strategy for Huisgenoot, Drum and YOU seem to have awakened the appetite of their publishers and brand managers to further commit to investing and growing the digital footprint of all three titles.

The social component certainly provides interesting insight into how South Africans are embracing various social platforms (for Huisgenoot and its Afrikaans readers, Facebook first and foremost, while Twitter found traction with a large number of Drum readers). The large numbers of followers on social platforms will certainly makes it easier to justify further investment in their web and mobile sites.

The real power of course lies in the interactive nature of social platforms, especially on Facebook, where a simple question like ‘What’s for dinner tonight’ (posted on the Huisgenoot Facebook page) can elicit as many as 300 replies quickly. Another question on ‘How do you get along with your mother in law’ recently drew over 700 replies – a gold mine of interest for any journalist (and marketers frankly).

– Manson is the editor of MarkLives.

One Response to “The growing digital footprint of Huisgenoot, YOU and Drum”