TopTV – determined to not bottom out

Kim Penstone talks to Peter van den Steen, the man appointed to save TopTV from bottoming out.

On October 31 last year, TopTV sought business rescue protection under Chapter 6 of the 2008 Companies Act.  What this means to TopTV is 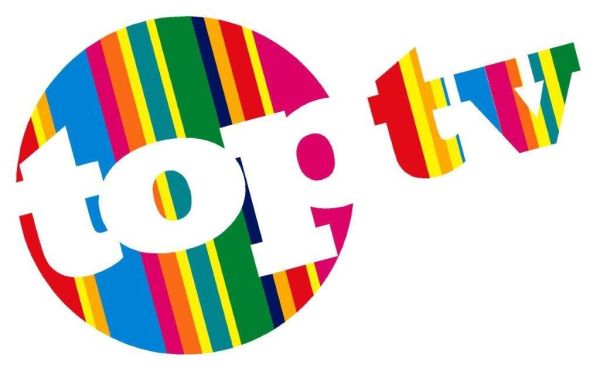 that it provides the company with a protective bubble within which to restructure itself and hopefully avoid liquidation.  What it means to the media industry is that the local Pay TV sector could once again become a monopoly dominated by Naspers-owned DSTV. What it means to court-appointed Business Rescue Practitioner, Peter van den Steen, is that there is a lot of work to be done, because it is in the public’s interest that TopTV lives to broadcast another day.

And, we hasten to add, that’s not just because TopTV has resubmitted its application to broadcast adult content in South Africa!

“This is a business with 250 direct employees, and about 3 000 independent bakkie brigade installers. It is a business into which R1.4 billion has been invested over the past two and a half years – much of which is tax payers’ money [Major institutional shareholders include the Industrial Development Corporation and the National Employment Fund]. And it is a business which provides, or could provide, healthy competition in a sector that has been dominated by one player for decades,” says Van den Steen, the man who has been appointed to turn the ailing broadcast company around, and is committed to working every angle in pursuit of this goal.

“Yes, adult content could well fit into the plan. You and I both know that adult content drives the internet, we are told that internationally, it is sports and adult entertainment that drives Pay TV, who’s to say it can’t drive TopTV back into business?” he asks.

However, the potential broadcasting of adult content in South Africa is not the sole topic of our discussion – there are many issues surrounding the business rescue, not least of which, as always, is cash. In this case, the lack thereof.

TopTV’s debt is currently “unacceptably high”, according to Van den Steen. When the company applied for business rescue, which it is obliged by law to do when the Board believes that it will not be able to meet its financial obligations in the ensuing six months, it was already at risk.

According to the official Business Rescue documentation, this was partly due to the fact that one of the possible strategic equity partners with whom talks had been progressing suddenly withdrew from any further discussions.  This, coupled with the fact that the traditional shareholder funders of the company had stated that they did not wish to provide further funding to the company in a situation where there was no other strategic equity partner on board to share the burden, meant that the board had no other choice but to file for business rescue.

When Van den Steen was appointed, he learnt that TopTV had been granted R150 million in equity funding from its major institutional shareholders, the Industrial Development Corporation (IDC) and the National Empowerment Fund (NEF) on October 1, 2012. But after filing for business rescue on October 31, the company learnt that the IDC and NEF had separately (and for separate reasons) withdrawn their respective commitments to further fund the company.

What followed is a bit like a game of cat and mouse. The company management, led by the Interim CEO Eddie Mbalo, now under the direction of Van den Steen, entered into discussions with the IDC, which resulted in an agreement to reconsider the funding upon the provision of a concrete plan to save the business. As part of this plan, TopTV pursued its application to ICASA to broadcast adult content – a decision which had actually been taken by the board prior to the company applying for business rescue, and to which no shareholder had objected at the time.

Upon presentation of the plan, the IDC expressed reservations. Van den Steen and management agreed to withdraw the application to broadcast adult content, acknowledging that without this funding TopTV had little or no hope of surviving. But then the funding was denied anyway.

“It’s a hard pill to swallow. One of our major shareholders turned its back on us, after we agreed together to do everything in our power to save this business,” says Van den Steen.

Without any clear commitment as to funding in the interim period, the board elected to resubmit its application, believing that this remains the best possible way of growing the business in a sustainable way into the future.

“Contrary to some of the sensationalist comments that have dominated the press, TopTV is not hellbent on destroying the moral fibre of society. The decision to resubmit our application to ICASA, whilst it is a principled one, is also a business decision. We are hellbent on saving this company.”

And as any businessman would, Van den Steen has resisted the – ahem – temptation to put all his eggs in the adult entertainment basket.

The reality is that without a substantial cash injection, the adult entertainment issue becomes a moot point. TopTV simply might not survive long enough to hear the decision. Van den Steen thus approached the company’s only secured creditor, The Development Bank of Southern Africa (DBSA), as well as trade creditors, and asked for permission to continue trading as well as a payment holiday to give him and management time to save the company. He was given until 14 December by which time he had to negotiate with all other major creditors for a payment holiday until at least the business rescue plan was voted upon by all creditors.  He was further given until January 7 to get a serious offer on the table that would form part of the greater business rescue plan.

By the end of December, TopTV had offers from interested consortia, and by January 7, Van den Steen provided DBSA with a few written expressions of interest. The next deadline, for a binding offer, is on February 8.

None of these offers is likely to be contingent on TopTV winning its application to broadcast adult content, and Van den Steen remains optimistic that at least one offer will come through. While he does believe that the adult channels could contribute towards bringing TopTV back to life, he is firm that it is only one element of a plan to save a company that has so much to offer (to the public, its partners and staff alike).

“Did you know that, worldwide, it generally takes between five and seven years, plus the equivalent of around R5 to 7 billion to get a pay-TV operation off the ground? TopTV has only had two and half years, and R1.4 billion. It deserves more,” he concludes.

Right of Reply: Industrial Development Corporation : “As you might be aware, the Board of ODM had voluntarily resolved to put the company under business rescue due to financial difficulties.  This was primarily to enable the company to undergo a proper restructuring process, including finding a strategic equity partner, with the required expertise and capital to invest in the business. We support this process as it will allow us to properly determine our further involvement in TopTV. At this stage, we have withdrawn our funding until there is sufficient clarity on how best we can participate in the project.”

2 Responses to “TopTV – determined to not bottom out”