by Herman Manson (@marklives) MarkLives has confirmed that the former Managing Director of Draftfcb Johannesburg, Jerry Mpufane, has joined The Jupiter 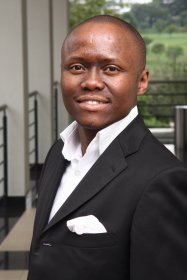 Drawing Room Johannesburg as its new CEO. He replaces Alison Deeb who recently moved to MetropolitanRepublic as Group CEO. The Jupiter Drawing Room is currently in the process of making an official announcement to staff and clients.

Mpufane resigned from Draftfcb in August but stayed on to help find his replacement. No announcement has yet been made on who will take his place at Draftfcb. Apparently the interviewing process is still ongoing.

At the time John Dixon, Group CEO at Draftfcb South Africa,  said the notice of his then pending resignation gave Mpufane an opportunity to seek “his next adventure openly and transparently.”

Mpufane joined Draftfcb in 2008. He had previously been group marketing director at the South African Broadcasting Corporation (SABC) and had held positions at South African Tourism and McDonald’s.