by Herman Manson (@marklives) Indeed they do. According to Apurimac Media, the sales representative for Yahoo! in sub-Saharan Africa, Yahoo! receives 1,895,724 million monthly visitors from South Africa every month generating 213 million page views.

If, as research by World Wide Worx suggest, there 8.5 million South Africans accessing the Internet by the end of 2011, then Yahoo! enjoys a market penetration of more than 20% in the local Internet market.

South Africa is Yahoo’s second biggest African market in terms of users but it also enjoys success in others. It has over 1.3 million monthly visitors 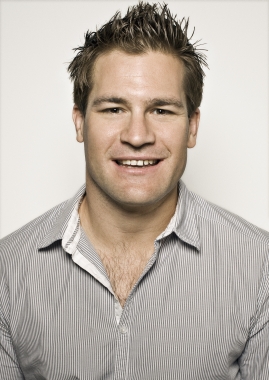 Will Green launched Apurimac Media in 2006. He named it for the Apurímac River which is the source of the world’s largest river system – the Amazon.

Green has a BSci degree from University of Cape Town (he majored in Physiology and Zoology). He followed this with a Postgraduate Diploma in Marketing and Communications from Red & Yellow before he landed his first gig at 365 Digital. Later he joined Ogilvy where he served as an account director for Volkswagen.

Once he had gone independent the first contract he landed for Apurimac was for handling ad traffic management for BSkyB in the UK (making the business profitable from day 1). A media sales component emerged from the original traffic management function of the business and Apurimac worked on accounts ranging from MySpace and the sports publisher TeamTalk Media (now with Kagiso New Media).

By 2006 Green had started wondering about the number of South Africans using Yahoo! and whether there was a commercial opportunity to be had. Over the course of 18 months he managed to track down the right people at Yahoo! and signed and sealed the deal that would make Apurimac Yahoo’s media sales partner in Sub-Saharan Africa.

By the end of 2011 Green and his team helped Yahoo! to launch the South African home page for the site and it has been charged with further developing Yahoo’s commercial presence in key African markets. This plugged Apurimac in with the Yahoo! expanding markets team which shares intelligence and best practice with its partners.

Today Apurimac has a staff component of 20 and with its broader African focus they help brands implement pan-African campaigns – primarily for clients in South Africa, Kenya and Nigeria. Green says he is looking for home-grown growth strategies in markets outside South Africa rather than try and impose a one size fits all solution exported from here.

Interestingly Yahoo! also has a large Indian constituency in South Africa who often visits the Indian front page while the French front page is popular with francophone Africa.

In the international media Yahoo! is often portrayed as a rudderless ship – maybe not without reason given its recent management woes. But the site still pulls a lot of display advertising (it reported revenue of $1.22 billion for the first quarter of 2012). Green says half of the global online population (or 710 million people) use Yahoo! making it a strong media proposition. It’s a huge market and Green says it offers Yahoo! a lot of scope for growth, it could, hypothetically, launch Yahoo! as a powerful ecommerce play for example.

Green says Africa is a high growth region for Yahoo! and he will look to invest in more people but also in more (Yahoo!) media properties. The new South African home page and a localised version of the Yahoo! celeb and entertainment portal OMG are just the first, Green promises, with more in the pipeline.