Mind the gap? Not anymore.

by Charl Thom, MD, FoxP2 Over the last number of years Cape Town has come to the fore as the “Creative Capital” of South Africa’s advertising industry thanks to the consistently high ranking of a number of Cape Town agencies at local and international award shows.

The Loeries, arguably the most level playing field to measure the creative strength of South African agencies has over the last few years been dominated by Cape Town based outfits more often than not. At the 2011 Loerie Awards agencies from the Mother City occupied 3 of the top 5 spots.

Industry journalists and brand managers have taken note of this, and we are often asked why Cape Town agencies seem to perform consistently well as an incubator for outstanding creative work. To me it’s simple: we are all a product of our environment (as my business partner Andrew Whitehouse* always puts it) and Cape Town is an environment that offers immense creative inspiration. It’s one of the most beautiful and diverse places on earth, and in my view, it’s the most “international” African city, which offers inspiration and influence on a global level.

Of course as business becomes more and more accustomed to operating via a digital connections, so distance and location becomes less and less 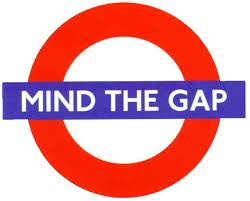 of an issue, also when it comes to choosing ad agencies.

Sharon Keith, an ex-client of mine, and currently owner of her own strategic consultancy, used to run the marketing for a number of high profile brands at Coca Cola’s US head office in Atlanta. Whilst with Coca Cola in Atlanta her closest agency was a two-hour flight away. She was comfortable working across the distance, and we did some very successful campaigns together.

Crispin Porter & Bogusky, a Miami based agency in the US, decided to open an office in Boulder, Colorado when Chief Creative Officer Alex Bogusky made a lifestyle decision to move out there. Very few, if any of their clients were based anywhere near Colorado, yet they are easily one of the most successful agencies in the world today. Their Boulder location and reputation allows them to attract some of the best creative talent from around the world, which ensures the quality of their work is consistently ground breaking.

Closer to home, Unilever originally based itself in Durban in order to be close to the harbour, as they needed to access raw materials that were shipped in for their manufacturing processes, while their agencies  are based across the country.

They pioneered and mastered this way of working long before Internet and e-mail, and managed to successfully build some of South Africa’s strongest brands through relationships that existed over telephone, fax and the occasional visit to Durban.

With Internet access becoming both more effective and cost efficient in South Africa it’s rapidly becoming irrelevant where an agency is based. I consider FoxP2 to be an independent South African agency, with local and international clients based in Johannesburg, Durban, Cape Town, London and New York.

A couple of years ago already we completed a television campaign for an international alcohol brand which was conceptualised in Cape Town for a client based in London. The commercial was shot in Prague and finally aired on Canadian television networks.

All this means only one thing for Cape Town – as the issue of distance fades and as its creative reputation continues to grow it’s gaining in competitive advantage. Where once geography counted against it, it opposite is true today, and business is better than ever.

Reprinted from the blog of Charl Thom.

* In an error during the editing process we attributed a quote to Justin Gomes rather than Andrew Whitehouse by mistake. It was corrected 12/03/13 at 12:29pm.