by Herman Manson (@marklives) Mike Barnwell, the recently appointed ECD at Draftfcb Cape Town, wants agency language focused on compartmentalising the communications trade to go. Instead of below-, above- or even through-the-line thinking, he wants his agency to talk about strategically sound solutions instead. 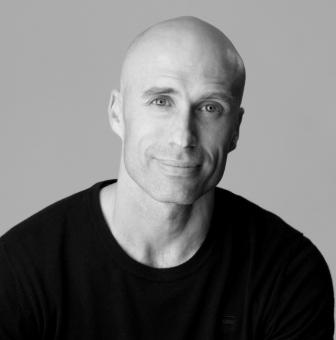 Barnwell aims to take ideas and extrapolate them across relevant channels, as he did with some of the innovative campaigns he helped create at Publicis Mojo Auckland, where he spent the past year and four months.

One, “Ghost Birds” for Greenpeace, has drawn international attention. The campaign aimed to force government debate about proposals for deep-sea drilling off New Zealand’s shores. It broke in the wake of a container ship disaster and resultant oil spill when the MV Rena ran aground on the Astrolabe Reef on 5 October 2011 in what has been described as one of the worst environmental disasters in New Zealand’s history. The spill killed an estimated 20 00 birds.

Of course, the Deepwater Horizon disaster in the Gulf of Mexico is also still fresh in the minds of many and helps illustrate the dangers of deep-sea drilling.

Barnwell and his team at Mojo took oil-covered birds that died in the spill and oil recovered from the site to create hundreds of posters and 10 pieces of canvas artwork using imprints created from the oiled bodies of the dead birds. The simple idea took off as the team created a powerful video ad, direct mailings to journalists and celebrities, posters and a pop-up gallery called “oil on canvas.” The price of entry to the gallery was simply to sign the petition – which over 100 000 people signed.

In another campaign, Barnwell and the Mojo team conceptualised Kenneth, an automated “little fundraiser on wheels” built on the concept that sometimes we all need a little help.

Faced with disaster-appeal fatigue from the New Zealand public, who had witnessed the destruction of large parts of Christchurch and a global recession, the Auckland City Mission had to find an innovative new way to appeal to public charity. Kenneth was sent into the streets of Auckland to pull on heart-and-purse strings, and a social media, outdoor, print and video campaign quickly sprung up around him.

He garnered huge attention in the New Zealand press and in the end raised NZ$288 055 in a city of just over one million people. His final drive back to the mission’s headquarters was streamed live online.

Barnwell studied at Wits and landed his first job at Net#work BBDO shortly after it opened its doors in 1994 under Keith Shipley and Mike Schalit. He also met Brett Morris, now the chief creative officer at Draftfcb South Africa, there.

Barnwell joined FCB Johannesburg in 1999 and stayed with the agency for six years as senior art director and creative director. He followed this with a five-year stint at Grey South Africa as ECD. He managed to turn an agency that did OK into the number one creative agency in the Grey Network within a year.

In 2010 he decided to accept an opportunity to go overseas. His stay at Lowe Sydney as ECD lasted only three months before he decided to leave for Publicis Mojo Auckland.

It was here that Morris called him when Draftfcb became aware that its then ECD Francois de Villiers was on his way out. De Villiers recently joined Haas Collective, where he helped secure it the Spur account.

Barnwell says Publicis Mojo Auckland saw him do some of his best work on brands such as Panasonic and Subway.

According to Barnwellm he is glad to be back in familiar surroundings, especially after Australia, which he says is culturally so different from SA he could have just as well have gone and lived on Mars. That said, his arrival in Cape Town – rather than a return to Johannesburg, where he had been based in the past – represents a continuation of “an adventure” for Barnwell, who landed from Auckland on a Friday and started his new job the following Monday.

Barnwell admits that Draftfcb CT has become known for quite iconic, if traditional, work – a heritage he would like to retain while also moving the work forward. He says 60% of the work on Draftfcb CT’s books would be considered BTL, and a lot of his focus goes into activations and new media.

This is one of the reasons he wants to the agency to unlearn some of the language siloing work in a trade biased towards above-the-line (ATL) work. Amalgamated teams sit together to share thought and strategic processes, rather than have one or the other come up with an idea which the others simply transfer onto their ‘designated’ media. One integrated team for a campaign ensures a coherent process, says Barnwell.

It’s part of a process which, says Barnwell, gives the agency ‘licence to think’ outside the traditional agency box.

Barnwell and agency MD Godfrey Morley seem likely to complement each other well. Morley is known for championing the “rise of creativity beyond traditional advertising” and the decentralising of management power within the agency environment.