Listen before you jump into social, says Diane Charton

by Herman Manson Acceleration Media is an old hand at the digital media game. It was launched as a specialist online media company more than 12 years ago, at a point in time when everybody was talking about the potential of online media but when advertisers were not nearly as invested in the medium as they are today.

It brought DoubleClick’s ad serving technology to the country and built the initial business around servicing this technology, both in South 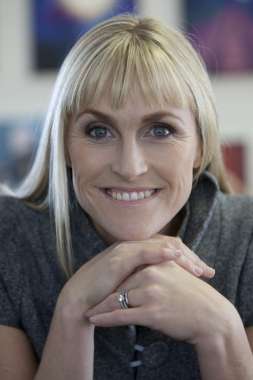 Africa and abroad. The media-planning and -buying business itself would grow slowly.

Its international expansion on the technology-servicing side meant that, in 2006, the founding partners decided to split the company in two, with Acceleration eMarketing, which still operates independently from the UK, and Acceleration Media, the media solutions-focused local business, which was bought out in a joint venture between Kagiso Media and Lagardère Active Radio International (LARI), a division of French holding company and media firm Lagardère.

But before the sale to Kagiso and LARI, they appointed Diane Charton (@DiCharton) as MD to make their media asset attractive to buyers. Charton had a degree in civil engineering before studying for a BComm, had been active on the marketing side at the engineering firms she was working for and then joined United Stations, which sold advertising space on radio stations. Finally, she joined the Old Shanghai Firecracker Factory under Gail Curtis and from there made the leap to Acceleration Media.

The new owners, Kagiso and LARI (the two companies are also both shareholders in the Jacaranda 94.2 and RadMark businesses), took control of Acceleration Media in 2008. Kagiso brought with it its BEE credentials, while Lagardère offered access to international best practice.

Charton has been diversifying the business away from online media buying and planning, which still rests at the core of its offering, towards search engine marketing, online reputation management (ORM) and social media. The team has grown from four when she joined to over 30, with offices in Cape Town and Johannesburg (managed by CEO Tony Sousa). Its client list includes Brand South Africa, South African Tourism, MWeb, Wesbank, Sanlam and MiWay, among others.

According to Kagiso, Acceleration Media delivered revenue growth of 21.3% with a solid increase in operating pro?t for the 2011 financial year.

Charton says Acceleration Media’s access to data through DoubleClick’s DART solution, its ability to interpret that data and then evaluate it against strategy, is a key differentiator for the business in an increasingly competitive market. The importance of data in marketing will keep increasing, says Charton, and requires a head shift for traditional marketers on the importance of interpreting data results more thoroughly.

This is at least partly why ORM is growing so quickly. Locally, Acceleration Media are the authorised resellers of Radian6, a social media monitoring tool. Growth in ORM is also being driven by the increased social media awareness by company executives who recognise the need to listen to what customers are saying online about their brands (and those of competitors).

Charton encourages clients to use social media monitoring tools to listen first before they attempt to chart a strategy of engaging with these platforms. While they are listening, she says, they will also gather valuable data they can push through to their product development teams.

Marketers implementing campaigns this year that are similar to the ones they implemented only 12 months ago need to be beware, says Charton; the market has been changing at an incredible pace, and if you haven’t mined the data from past campaigns to improve your offer by now, you are missing opportunities.

Take the rapid growth of online video in the local market as an example. Did you know South Africans post 39 000 video clips on YouTube every month (data as of October 2011)? Thrive on change – it’s the mantra for the digital world.

Charton has set her sights on Kenya and Nigeria for expansion into the broader African market and says that, while global players such as Facebook and Twitter feature strongly, local brands are also emerging, indicating an increasingly sophisticated market in these countries. Mobile is obviously a key access device in these regions and Charton already sees quick growth in the uptake of digital apps.

Another key focus lies on effectively marrying online and offline data for clients (so taking digital data and marrying it to internal company databases, for example). This is something that needs to be handled professionally and with care for privacy and security, and Acceleration Media follows international best practice in this regard, says Charton.

Charton predicts several security and privacy breaches in the future, which will force government to tighten legislation on both counts.

But criticism should be welcomed, says Charton, as business can no longer dictate the conversation, and listening is a new skill that many corporates across various industries need to learn very quickly.