Hellicar co-founded Unabomber Skateboards in 1997, producing boards and apparel featuring the work of artists and illustrators including 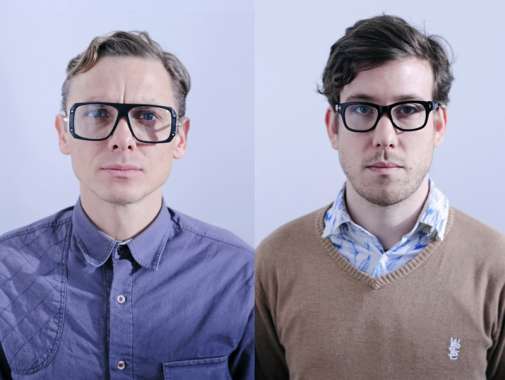 Jody Barton, Will Sweeney, Pete Fowler, Nik Taylor and Adam Neate. He would later become art director at Etnies – a retailer of action sports footwear and apparel. Lewis was an interaction designer at United Visual Artists, had worked at Dazed&Confused magazine and AnotherMag.com.

In March 2011 Hellicar & Lewis teamed up with Nexus Productions, Wieden+Kennedy, Frukt, Lexus PR, Coca-Cola and Maroon 5 to put on a live streamed 24 hour music event in which the band had to come up with a new song in just 24 hours, all while interacting with fans on progress via social networks. Taking the experience beyond webcams the duo helped create an event that offered fans an interactive experience and a front row seat into the creation of the band’s music.

They use open source and believe truth and the real world are the killer apps to business success – even when dealing with giants like Coca Cola.

Hellicar and Lewis were guest speakers at the Design Indaba which took place at the Cape Town International Convention Centre 29 February – 2 March 2012.

Manson: I’m hearing a lot about the integration of physical and digital environments and I believe it’s also an important

feature in your work?
Hellicar & Lewis: We are really interested in taking people into the moment. We think this is an interesting thing artistically and commercially. We like to make bridges between different groups of people or places, technologies and experiences. We don’t understand why so many installations seem to have instruction manuals – if that’s happened we feel we’ve failed. There should be no “wrong”. Violins always make noise, even if they don’t make pretty noise.

Manson: There seems to be a global move towards a more collaborative approach to design and business. How is it impacting on your own business and work style?
Hellicar & Lewis: We’ve deliberately kept Hellicar & Lewis extremely streamlined. We like to collaborate with as many different groups as possible – from youth groups in South London, to the Coca Cola company, to hardware hackers in Tokyo. Open Source is collaborative by definition.

Manson: Do you think it might relate to the uptake in social media that is influencing broader society to emerge from a more isolated, individualist culture to something that is more open and collaborative?
Hellicar & Lewis: It’s difficult. Sometimes it feels to us like people are creating illusions. I tweet therefore I am. We get excited when digital crosses over to the analogue world, or vice versa.

Manson: Open source also plays an important role in how you approach design. Why is this?
Hellicar & Lewis: Open source allows us to work with the best people in the world in an open and more human fashion. Standing on each other’s shoulders rather than toes.

Manson: What are the open source tools you use most often and how do you use them?
Hellicar & Lewis: We use openFrameworks in all our projects. It enables us to create new experiences in the way that we want to.

Manson: Do you think it’s appropriate for marketers to try and engage with people in spaces they consider personal – like is often the case with social media?
Hellicar & Lewis: We think that installations or experiences should respond to people once the person makes that initial connection. We hate spam, and we see a lot of it about on social networks at the moment.

Manson: What will your core message be to the delegates of Design Indaba 2012?
Hellicar & Lewis: The real world is still the killer app of all time. Just tell the truth.