by Herman Manson Clive van Heerden is the senior director of Design-Led Innovation at Philips Design. In its simplest terms, Van Heerden and his team researches how socio-cultural and technology shifts only just emerging today might shape society and the way we live ten or twenty years from now.

In 2007, the team’s work on emotive clothing – clothing that lets others know how the wearer feels – was awarded at the Time Magazine Best Inventions of 2007.

Van Heerden studied political science and industrial sociology at the University in South Africa (Unisa). He soon moved to London where he 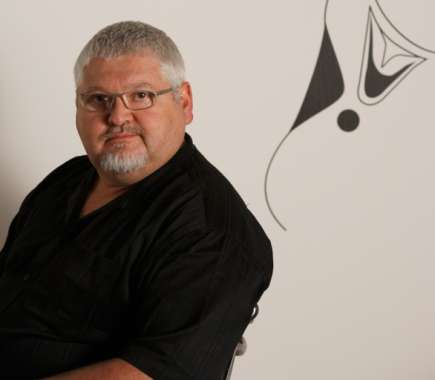 completed a research fellowship at Westminster University and finally graduated with a masters degree in interaction design from the Royal College of Art in London.

Herman Manson: You have a very interesting job – conducting ‘far future’ research to identify long term systemic shifts and anticipating changes in future lifestyles. Could you tell us more about the process behind the research you conduct. How does it work and what do you look at?
Clive van Heerden: We develop future lifestyle scenarios as a way of testing the future, rather than trying to predict it. Apart from conventional technology research we try to understand changing social trends in different timeframes. These timeframes or ‘horizons’ are incremental next steps, near term futures and far future explorations like design probes. Most of my work has focused on developing design probes which are provocations designed to stimulate feedback and debate around probable lifestyle scenarios 10 to 20 years out.

We develop these future scenarios around clusters of ‘weak signals’ – tendential socio-cultural or technological shifts that may or may not manifest themselves as mainstream trends in the future but which warrant attention now. By materialising a scenario or publishing a disruptive narrative we get feedback from a very large number of people. These reactions enable us to gather ‘contextual insights’ which informs our nearer term research.

Manson: What is the value in this kind of research for a multinational like Philips?
Van Heerden: Our research attempts to understand emerging socio-cultural trends that will expose opportunity in the peripheral vision of our existing business. Design probes generate intellectual property, new product genres and new technology, but primarily they identify “contextual insights” that help us to understand medium to long term futures – they shine light on terrain off the beaten track which exposes both opportunity and changing attitudes, behaviours and needs.

Manson: What are some of the key conclusions you have come to in terms of where society is moving?
Van Heerden: A lot of our work over the last few years has been in the area of sustainability and alternative solutions to many of the technology processes we take for granted. We have been pre-occupied with rapid urbanisation and its implications for primary resource availability and usage. Subjects like high rise sustainability, home farming, up-cycling waste, liveable cities and the like.

We have produced a lot of provocations in the area of natural, recyclable, non-polluting, ethically produced, non-resource depleting alternative solutions which have resonated very strongly. The test will be to see how much these sentiments remain at the level of social lip-service and to what extent consumers change their behaviours in coming years.

Manson: What is the role of technology in the social and lifestyle shifts you see and do you expect it to increase the pace for and increments of societal change?
Van Heerden: Technology has always been very important but shouldn’t be seen in isolation. We are interested in the political, economic, environmental and cultural contexts in which technology emerges. Throughout history we have seen the effect that major upheavals and crisis – whether social or environmental – has had on technological innovation. The wakeup call we are being given by our planet at the moment is making us aware of the drastic need for alternatives.

Manson: How is sustainability going to influence design work going forward?
Van Heerden: Substantially. A decade ago talking about designing for life off-the-grid seemed an extreme idea – now it doesn’t. The next few decades present an interesting challenge for design as we move from an electro-mechanical existence to an increasingly biological one.

Design has an important role to play in challenging the way we make stuff – materials, processes and values and I hope that it finds its voice. Designers also need to understand the changing technological universe and recognise the need to develop new skills – for example learning to develop and apply materials that are living, self-powering, self-repairing, adaptive and responsive changes the way we think about objects.

Manson: If you apply your research and your knowledge of South Africa, at a guess, what sort of society do you see emerging here?
Van Heerden: In some ways South Africa is a glimpse into the future. We have been working on Liveable Cities and the shift from formal to increasingly informal urbanisation over the next 25 years. What we learn in Cape Town and Johannesburg today with literally hundreds of informal settlements will be very relevant to parts of Western Europe and the US over coming decades. 70% of the world’s population will be urbanised by 2050 and the very large part of that will live in unplanned, un-recognised, badly housed settlements.

Many parts of the world that have had no experience of mass squatter settlements on the doorsteps of major cities will have to come to terms with a new urban reality and will learn a lot from the strategies and solutions that South Africa develops in the coming decades.