Andrew Shoben on how a ‘design capital’ should view public art

by Herman Manson Andrew Shoben makes art in public spaces. His artists’collective, greyworld, has become known for creating artwork in mostly urban spaces that resonates with many rather than an ‘arty’ few. 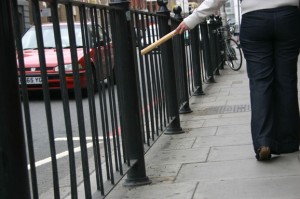 Ipanema.” More recently they created a public art installation for the launch of the Nokia N8 at Nokia World that allowed you “splash” digital content onto a wall of LED lights using an app on the phone. Earlier this year a large ‘ball of light’ become a ‘sun’ over London’s Trafalgar Square to give ‘Londoners a brighter start’ to an otherwise cold, dark and dreary Monday morning. The sun was commissioned by Tropicana fruit juice.

Shoben, a Professor of Public Art at Goldsmiths University, was a guest speaker at the Design Indaba 2012.

Herman Manson: What does public art contribute to city environments?
Andrew Shoben: Good public art creates several positive outcomes – a sense of place, and identity for an area and a local audience. It also creates thoughts – discussion, both positive and negative in areas of cities where often things can seem impersonal and distant. And in greyworld’s work, it creates an opportunity to play and to create.

Manson: Have most city administrations come around to its benefits or do you still experience resistance from time to time?
Shoben: City administrations appreciate the effect that good art can have. The problem is usually who chooses good art? There’s a lot of easy, anonymous, lowest common denominator bland work being commissioned. Shame.

Manson: How would you measure the effectiveness of a public art installation? 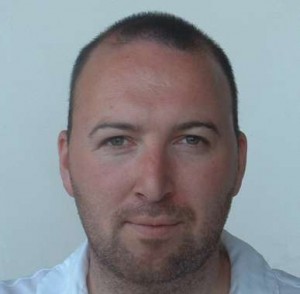 Shoben: Well, there are the usual methods of polling and interviewing, media interest and suchlike. I like to sit and watch the audience as they interact with our installations. You quickly get an idea of how engaged or otherwise people are with your work.

Manson: Why is so little public art installations taking place in more informal urban environments where most city dwellers now live?
Shoben: Those areas have always been greyworld’s zones of preference. But you’re right, the town square, and the office forecourt are the kinds of “prestige” areas that have become the defacto place of art.

Manson: In Cape Town, Coca-Cola has had a hugely successful public art initiative in the form of Cratefan – a ‘statue’, built with red Coke crates. To what extent is corporations becoming involved in public art and what do they need to keep in mind when they do?
Shoben: Corporations and wealthy individuals have always been involved in commissioning art. More and more, they have realised that they don’t need to paint a giant logo on it, or make it out of their product, for people to appreciate it, and find affection for the brand. “Sympathetic marketing,” a light touch, is much more suitable as consumers become even more savvy at recognising adverts.

Manson: Cape Town is preparing for 2014 when it will take up the World Design Capital title. How much is public art a signal of a city’s design ‘health’ and what would you like a to see a ‘Design Capital’ do to stimulate public art?
Shoben: Public art certainly can reflect a city’s health – but it need not be confused with wealth. Public art doesn’t need to cost the earth, it needs to be well thought through, and relevant. The best way to do this is to involve the artists as early as possible in the process.

A Design Capital should think of art not just as a something placed in somewhere, but as a system – allow as many people as possible to interact, comment, create and even creatively destroy the city’s art elements.