by Herman Manson Carlo Ratti and Assaf Biderman head up the SENSEable City Laboratory, a research initiative at the Massachusetts Institute of Technology (MIT), where they study the built environment through deployment of sensors and hand-held electronics.

Apart from being director of the SENSEable City Lab, Ratti also regularly contributes to architecture magazine Domus and the Italian 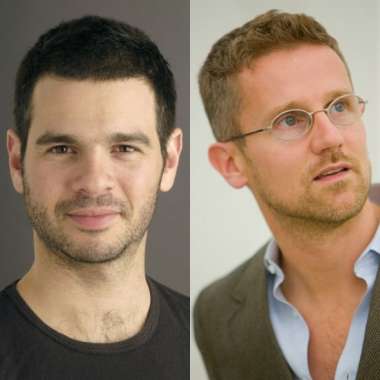 newspaper Il Sole 24 Ore. He is a member of the World Economic Forum Global Agenda Council on Urban Management, curator of the 2012 BMW Guggenheim Pavilion in Berlin, made the Forbes Magazine Names You Need to Know in 2011 and was named as one of Fast Company’s 50 Most Influential Designers in America in 2011.

Biderman teaches at (MIT), where he is the associate director of the SENSEable City Lab.

Speaking at the 2012 Design Indaba conference, which took place at the Cape Town International Convention Centre, 29 February 29 – 2 March 2012, Ratti and Biderman highlighted the role technology and information can play in optimising city planning.

Herman Manson: Tell us more about the philosophy behind your approach to studying built city environments?
Assaf Biderman: We are looking at how the recent proliferation of digital and mobile technologies is transforming the built environment, opening new doors for understanding and designing the city better, as well as for servicing and experiencing it in new ways.

For example, most of the world’s population has access to mobile phones already today and the numbers are growing rapidly. More so, the telecom industry claims that in less than 10 years there will be nearly 50 billion devices online. At such quantity, this means that the things around us – buildings and cars, our personal belongings, and the networks that service our cities and much else -are becoming embedded with microprocessors and sensors, and are going online. They’ll be able to tweet to you, and you’ll be to talk back to them.

Under this condition, we can begin to think of cities as if [they] were computers in the open air. We can sense occurrences and flows in real-time and feed that information back into the city so that people [can] make smarter decision about consumption, resource allocation, disaster response, mobility, interpersonal interaction, and many others.

At the lab, we explore this new condition by partnering with the industry and with cities worldwide, and together we develop technological interventions that are then deployed in those cities, with the aim of touching upon key urban issues.

Manson: What are the tools you use in your research?
Biderman: When it comes to design, we use common drawing, modelling, or prototyping tools. In our scientific work, we use GIS and programs for numerical analysis. For the most part, our projects involve software and hardware development, which we do in-house.

Manson: Based on your research so far – in what aspects of modern city design would you say are city planners still failing comprehensively?
Carlo Ratti: I think that today we are all failing for not involving people enough. In a paper written with Nashid Nabian we note that, “In architectures without architects, the inhabited environments are inspired and directly shaped by their inhabitants.” So it’s important to give people a say in designing their own environments.

To quote from the paper: “From democratising access to real-time urban information, to providing cyber platforms that allow people to participate in addressing and solving urban challenges, to crowdsourcing the collection of information about how the city operates and is used, we believe that the coming years might be full of promise for the ‘bottom’ up paradigm of how our cities are planned, conceived, built, inhabited, managed, and restored or repaired (as in the case of natural disasters or civic conflicts).”

Manson: How would you judge the design success of public spaces?
Ratti: Based on how people use them! People are the ultimate metric of success for an architect and planner…

Manson: While physical city spaces might not change in the short term, you do believe we can positively change the feel and function of cities by understanding its communities and flow of people better. Do you have any interesting case studies where this has been achieved?
Ratti: I believe that it is about digital and physical space together. For instance, in the case of Zaragoza (where we designed the digital water pavilion, a half-physical half-digital building), there is now an open source community taking control of public space and programming it!

Manson: In South Africa, large parts of our cities consist of an informal urban environments physically separated from the planned urban environments. How would you recommend we approach the closer integration of these environments?
Biderman: While the physical separation between these two types of environments can be the result of an abrupt transition in how they are planned or built, we know that the informal and the formal settlements share resources and people, sometimes extensively.

As the adoption of digital technologies, such as mobile phones, is often substantial in both formal and informal environments, we can use the digital infrastructure as a means to study flows and usage of space in both types of places, as well as across the boundaries between them. Such information can enable to reinforce the vital connections between formal and informal environments, such as transportation links and economic opportunities.