By: Herman Manson Tomas Roope has been doing multimedia since 1991. That was before most of the rest of us even realised it existed. So listen closely.

Once it might have described CD-ROMs (he did that, too) but today multimedia features in numerous consumer touchpoints, both online and off, and Roope has had a front-row view as a technical and creative director at The Rumpus Room. This UK-based company describes itself as a “hybrid communication [firm]; fusing participation, real world, interactive and social platforms”.

Roope, who has won several awards, including four D&AD Silvers and a Gold Lion at Cannes, and has presented a large number of international conferences, is visiting South Africa as a guest and participant of the Toffie Pop Culture Festival scheduled to take place in Cape Town, 30 March through 1 April 2012. The festival is a three-day conference and festival focusing on contemporary pop culture, design, music, magazine publishing, art, and everything else that relates to everyday pop culture. It takes place in the Cape Town City Hall.

Roope was also part of the collective antirom (it published a CD-ROM with arts funding in 1995), a protest against ‘multi-mediocrity,’ which was awarded at Digital Archaeology 2010 (Europe), part of Europe Internet Week. Antirom developed into a commercial venture and continued until the spring of 1999, when Rooke and two of his antirom colleagues began Tomato Interactive.

Herman Manson: What are the key elements of successful hybrid communication?
Tomas Roope: I suppose it is respecting and understanding the broad range of communication tools. Each tool operates in a different context 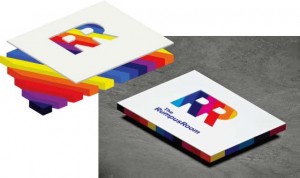 and thus has a different relationship with the audience. The traditional vs digital argument is not really very helpful; is a spanner better than a hammer?

The key is to engage in different ways on different platforms. I expect to have to watch ads on TV (I understand its transitional nature – I watch four minutes of ads to see 20 minutes of what I want to see), but when it comes to digital platform, the same content just annoys me – what am I getting from it?

Digital platforms are mine; engagement is by invitation only. Effective communication on these platforms has to feel like I am getting more than I am giving, a very tricky challenge.

Manson: I saw a piece where you predicted that film-participation digital activations will become a popular trend this year. That’s basically consumer-generated content, facilitated by brands, to be used for advertising and branding?
Roope: Brands want to see their investment working harder across communication platforms, especially in social spaces, while at the same time people are increasingly wanting to be included; they want to make things that show, and get other people to see how talented, creative, funny, cool, for/against something they are.

We founded The Rumpus Room to harness power of people building experiences together and align this activity to with brand communication.

Here is a nice quote that kind of summarises what we are talking about: “Creating something personal, even of moderate quality, has a different kind of appeal to consuming something made by others, even of a high quality” – Clay Shirky.

Manson: You played a part in putting together the crowd-sourced video for Lily Allen’s hit The Fear. Can you tell us what was involved in a production of that scale – it wasn’t just here clips of people taping themselves on their cellphones and sending it in.
Roope: The project was a combination of a touring shoot, with traditional off-line editing (for the low-resolution grids) that dove tailed into the more complex grids created by our bespoke software.

We used our database extensively for both the offline and grid executions, as all performances were organised and rested so they could be easily accessed, and mechanically composed.

Manson: It’s also interesting that, with putting together the video for Allen, you sought to integrate physical and digital environments – getting people out and away from their computers to participate in this. What was the thinking there and was it easier than you expected?
Roope: We came on board when the performance-sourcing tour was already established, in its basic form. It was a classic product-experience approach where three teams were scheduled to tour for six weeks in shopping malls, clubs etc and film people using the game lips (an Xbox-based karaoke game).

We worked with them to establish what they should do (background colours, lighting etc.), and built a database that the touring teams could record the subjective (how good where they?) and empirical data (back ground colour, gender etc) for each performance.

This was exciting for us, as we had done some similar projects but using web submissions. The problem with this approach is that the only really low barrier to submit content is through a server-based streaming-capture system, which is reliant on really good connection speeds to get anything like good/stable content.

It was really nice to see the results from our software when we were able to use the HD content from the tour, rather than the flaky content we had been capturing from web cams on our previous projects.

It was a bit of a scary project because we didn’t really get a sense of how it would look until we had finished the touring and Lily shoot, so there was no going back if we had messed up, but luckily it all worked out how we thought. In the end it was a reasonably simple – as we had already developed some of the hard-core compositional software – but extremely time-consuming process (rendering).

It is probably the project we have done that has received the most attention, as it really seems to tap into an approach that really embodies an authentic social experience, while resulting in a pretty classic piece of slick adverting that is really a classic piece of testimonial adverting.

We have been working hard at mobile as a way of people capturing film locally and then submitting the film they have captured. This will really improve the quality of the source content, as well as getting the content out of people’s bedrooms.

Manson: How are brands using mobile apps in their marketing efforts?
Roope: Mobile is the new frontier, but for me it is a really tricky environment. If you have a good idea for an application, why would you do it for a brand? Why not just make it and sell it?

The barrier to create something you can sell is really low for creative developers, and all brands will do is compromise the experience to up their presence in the experience.

It feels like the music or games industry, where advertising has really struggled for the same reasons. Advertising is never really wanted; it just creates want, and struggles when it is up against an industry that is purely focused on satisfying people’s desires.

There are, of course, exceptions, but for me they really prove the rule.

Ideas that are going to work need to extend beyond the duration of the usual advertising campaign, provide utility (remember that fun is utility), and embody the brand communication so that the idea does not need to be compromised to deliver the brand message, and get clients to pay more for it than you could make if you just made it and sold it. These are four pretty big hurdles, but are not insurmountable.

Manson: What should marketers keep in mind when developing an approach to social media?
Roope: The key is to understand that brands are competing with people’s friends. Brands are used to communicating with people in spaces where the audience has no choice but to listen, which is not true in social spaces. Brands need a reality check; they really need to understand how interesting they really are.

This must come from a shift of creatives looking as the audience not as the object but the subject of what they make.

Brands need to be more relevant and entertaining than my friends for me to bother getting involved.

Manson: What will your talk at Toffie be about?
Roope: I suppose I am really interested in new ways of being a creative author, that harnesses people as co-creators, rather than just looking at them as them as “the audience”.

The challenge as an author is to look at chance not as the enemy but as an intrinsic part of the process.

We need to think of how we build responsive platforms, rather than fixed monologues.

All very challenging and threatening but exciting. Brian Eno sums it up really well in this video!