by Herman Manson Martin MacGregor, the former MD at Nota Bene MEC Cape Town, has joined M&C Saatchi Abel as managing partner: connection (we’ll get to that in a moment). MacGregor joins the agency as it turns two years old this February and follows an announcement that M&C Saatchi Abel is increasing its head count to 100 by the end of Q2 2012. Revenues have reached R50 million.

MacGregor (@MartMacG) had started his career at TBWA before landing a job at Ogilvy alongside M&C Saatchi managing partner Mike Abel (@abelmike). MacGregor joined Nota Bene MEC in 2003, heading up the Brandhouse account, and became MD of Nota Bene MEC Cape Town in 2007.

MacGregor says he has been viewing the changing media and marketing landscape with interest and have come to believe that in future media’s impact on consumers will become smaller and smaller. 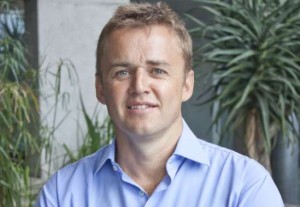 success is long gone, but is still the bread and butter of many agencies, says MacGregor, who has become much more interested in looking at business challenges and identifying and supplying real business solutions to organisations.

Here, media is only part of a larger mix, and he believes he has found the synergy in vision at M&C Saatchi Abel, which positions itself as a consultancy supplying business communication solutions, rather than an ad agency in the traditional sense.

MacGregor says his new position will allow him to imprint the importance of all the various consumer touchpoints to brands.

MacGregor says media agencies separated out from agencies (media buying used to be part of the ad agency process until not too many years ago) because agencies were often justifying making the ads that would make them more money, rather than servicing client needs. He believes media agencies have not been evolving fast enough in terms of attracting the breadth of skills required in the modern media environment with its many consumer touchpoints.

Strategy is moving back into agency domain

MacGregor also says that media agencies are good at negotiating volume deals for clients at good prices but that strategy is moving back into the domain of the agency/communications consultancy. Media planning has also been focused on paid-for media, rather than owned (eg retail outlets) or earned (social conversations) media.

MacGregor says measurement has been left to media companies when he firmly believes it has become an indispensable part of any communications company – after all, how else will they prove that their solutions offer a real return to their clients? He will focus on increasing measurement capacity at M&C Saatchi Abel.

Going back into a communications consultancy environment will allow him to work with a diverse range of specialists which MacGregor believes will allow him to write proper touchpoint/connection (note the job title!) strategies grounded in real knowledge and based on a diverse skills base.

Mike Abel says having somebody like MacGregor look at retail/in-store touchpoints offers a strategic advantage to his business and its clients. Abel says ad agencies have traditionally focused on a single P in the marketing mix, namely promotion, while it is clearly only one element of a brand strategy.

The consultancy model, says Abel, adopted by M&C Saatchi Abel (he compares its structure to that of a law firm of partners) has helped reorient its thinking away from advertising to offering business solutions.

Abel mentions two of his clients, the recently relaunched Mr D (formerly Mr Delivery) and online retailer Takealot.com, as an example of how his group seeks, business rather than purely ad-driven solutions:

While Mr D had peak delivery hours during lunch and supper times, the rest of the day saw little for its drivers to do. Takealot.com was looking for better and quicker distribution solutions. Abel and his team brought the two together – helping Mr D make better use of its delivery infrastructure outside peak hours and giving Takealot.com a new and competitive distribution strategy.