The start-up shop that landed an airline 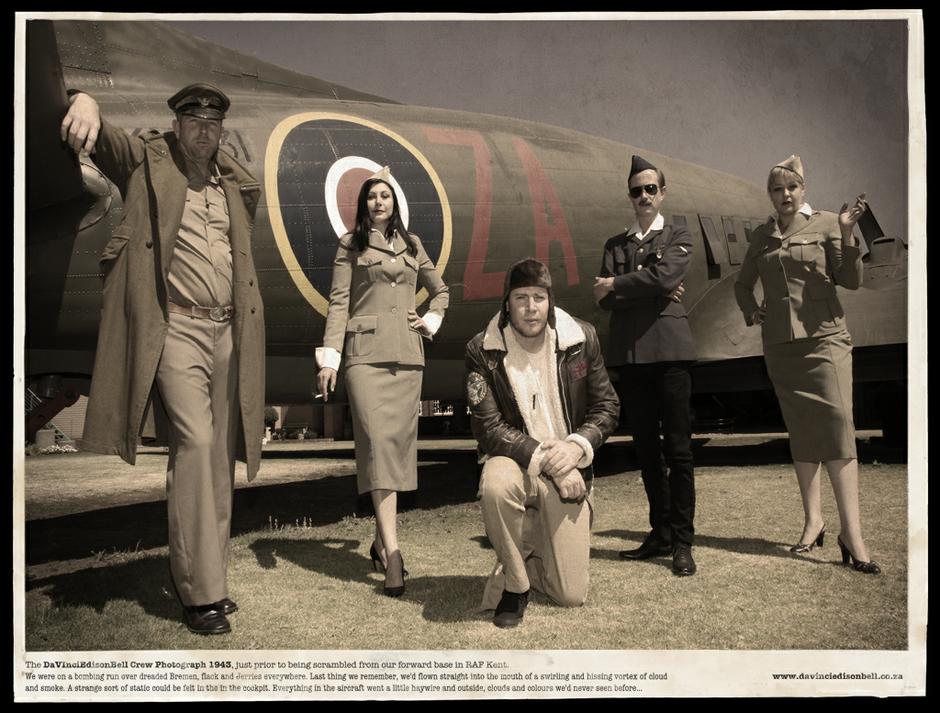 Angela Jayne Collins had left agency life to become a freelancer, but got her timing all wrong, for soon the Great Recession would roll over and work would dry up. Her partner, Patrick Robertson, a creative director, lost his job soon after. All that was left to do was, well, to start their own agency.

Both had extensive agency experience and between them had spent time at a number of agencies including The Jupiter Drawing Room, Hunt Lascaris, TBWA Maher Bird and M&C Saatchi London, where they worked on various top brands including MTN, Vodacom, PlayStation and Mercedes-Benz. Now to land an account, in the middle of a recession, and save their home from the bankers.

Collins had happened to hear that the budget airline 1Time had gone out to pitch and, together with Robertson, cold-called the airline to ensure their offer got reviewed. It worked. They were still in the car heading home just after the pitch when the call came back that they had got the job.

So was DaVinciEdisonBell born, and its first client was an airline. How is that for a real-life feel-good story? And it wasn’t even penned by a copywriter.

The agency launched in June 2009 with 1Time (the airline has just renewed the contract for another two years) and would add Royal Enfield, Builders Warehouse, Cartrack, CNBC Africa, 1Time Holidays and a law firm to its portfolio. It also does pro-bono work for Kidney Beanz Trust, for whom it spent six months chasing down EMI for permission to feature the Coldplay song Fix You in the TV ad (free, of course). The boutique agency currently employs six (including the two founders).

Collins says they prefer to be small and nimble; make use of freelancers, whom she pays COD; and focus on offering value, great client relationships and great work. Relationships are built on mutual respect between everybody involved, from the client through to the most junior person on her staff. The agency wants to do things differently and, instead of spending money on going to the Loeries, the agency treated staff to a weekend away at a French-style guesthouse.

The agency has been keeping a low profile but is ready to shift gears, with a move to Cape Town on the horizon, and offices that aren’t the upper floor of the Collins/Robertson home.

A press release announcing the 1Time account win describes Collins’ “energy and focused excitement,” but you only really know what that means when you meet her in person. It’s a little disconcerting at first, especially in laid-back Cape Town, where she whirred through a presentation of the agency’s work amid funny looks from surrounding tables (the laptop’s audio might have been a little loud – but at least I heard everything quite clearly!) at the V&A Woolworth’s coffee shop.

It really is the work that hooks you (and clients); these folks are good, and seem guided by gut instinct. Overall it’s impressive, considering the tight budgets and quick turn-around times the agency works on. All Collins wants is a foot in the door and five minutes of your time.

Collins’ PA and DaVinciEdisonBell creative consultant, Andrea (Andy) East – not really trying to suppress a knowing grin when glancing at our fellow diners – perfectly expresses the agency’s vibe when she discusses our clients’ and ‘our culture’ – they are proud of what they achieve at DaVinciEdisonBell; they are often given free reign (responsibly, Collins adds) to prove and expand their abilities; and they take ownership of what the company produces.

It is refreshing to hear and shows both management skill and the reality of small agency life – you learn hard and you learn fast (not to mention a lot).

“We are very resourceful people,” adds Collins, who says it sometimes feel like two people doing the work of 20 (in one Builders Warehouse TV commercial, agency staff, including the CD, played the actors to get around a tight budget), but ultimately the learning experience and end product make it all worthwhile.

Collins hopes DaVinciEdisonBell will grow to around 30 people in time, across offices in Johannesburg and Cape Town, and that its name will become as well-known within the industry as its work has already become.